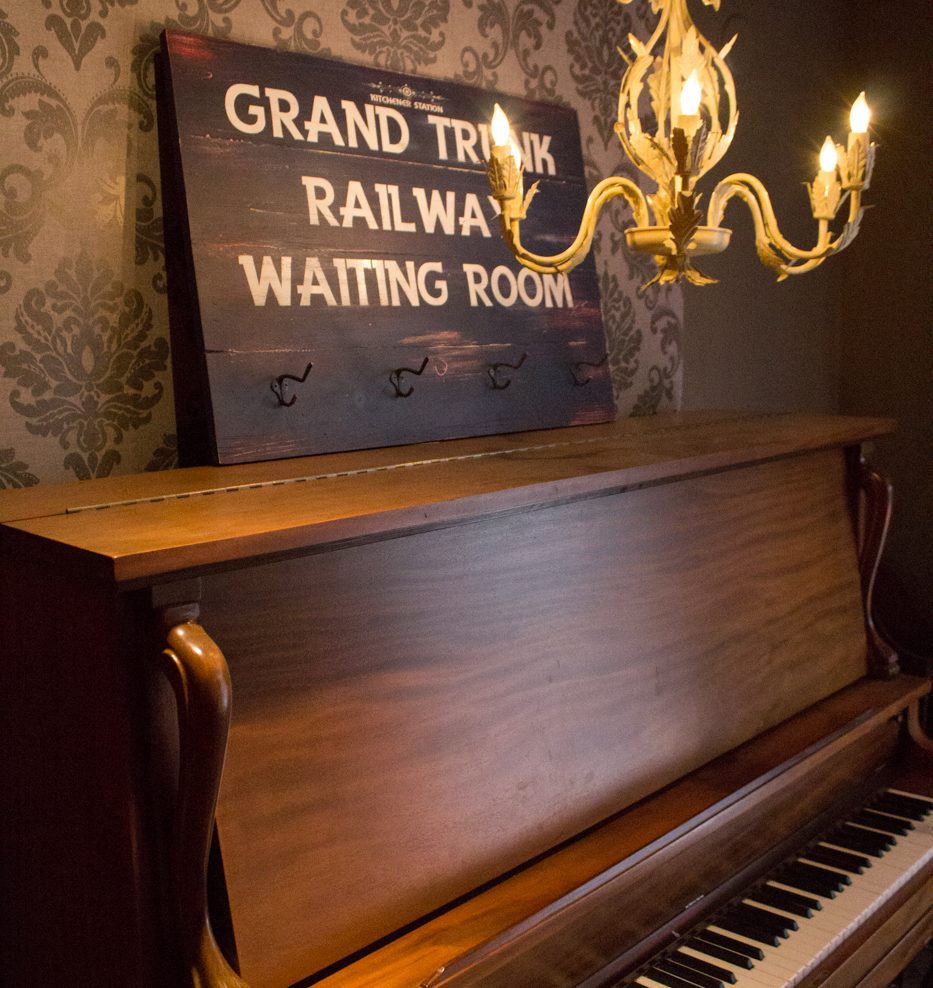 Those are the four words that co-owner Manish Patel used to describe The Grand Trunk Saloon: downtown Kitchener’s newest restaurant. He opened the Saloon on January 22 with Darryl Haus.

“It already is what we envisioned, just a cool place to hangout,” he explained.

Their driving motive to keep the restaurant’s vision alive was to “make a fun place to hang out in downtown Kitchener.”

As soon as patrons walk through the front doors they are greeted by a large cocktail bar, images of trains, artsy prints for sale and cozy seating areas. There’s also a piano in the front entrance, which gives the space a nice old-time feeling.

While the trains might seem out of place at first, they showcase the reasoning behinds the restaurant’s name. Those familiar with Canadian history would immediately link the images back to Canada’s old Grand Trunk railway, which ran through Kitchener (back then, Berlin), across Canada, and even down into the southern United States. The name brings together the history of the region, the restaurant’s connection to southern comfort foods and even hits on the current state of LRT construction.

“We wanted kind of a southern boxcar theme,” said Patel. “It kind of links this region with the south, and back then, that’s how things were done: by rail. Saloons were where people went to hang out and eat and drink and have fun.”

A cool, casual hangout space is definitely what The Grand Trunk Saloon is offering downtown Kitchener. Even at 11:00 p.m. on a rainy Friday night the restaurant was filled with groups of friends enjoying cocktails and sharing loud, happy conversations. 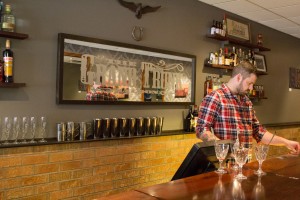 The cocktail bar is a new, fresh take for the downtown scene, typically filled only with craft beers. They definitely serve the best old fashioned in town. If you’re feeling risky, order the humidor, which is a spicier take on the traditional bourbon drink.

Patel explained that their unofficial tagline is “soul food and cocktails,” which they serve up well.

Despite being open for roughly one month, The Grand Trunk Saloon has been busy, and the staff are excited to be a part of downtown Kitchener’s growing culinary scene.

“We absolutely love the dynamic of making downtown Kitchener a place to come and eat and drink,” Patel enthusiastically said. “We’re all in this together.”

The next time you’re craving some creamy mac and cheese, chicken and waffles or hot tamales, head on down to The Grand Trunk Saloon.