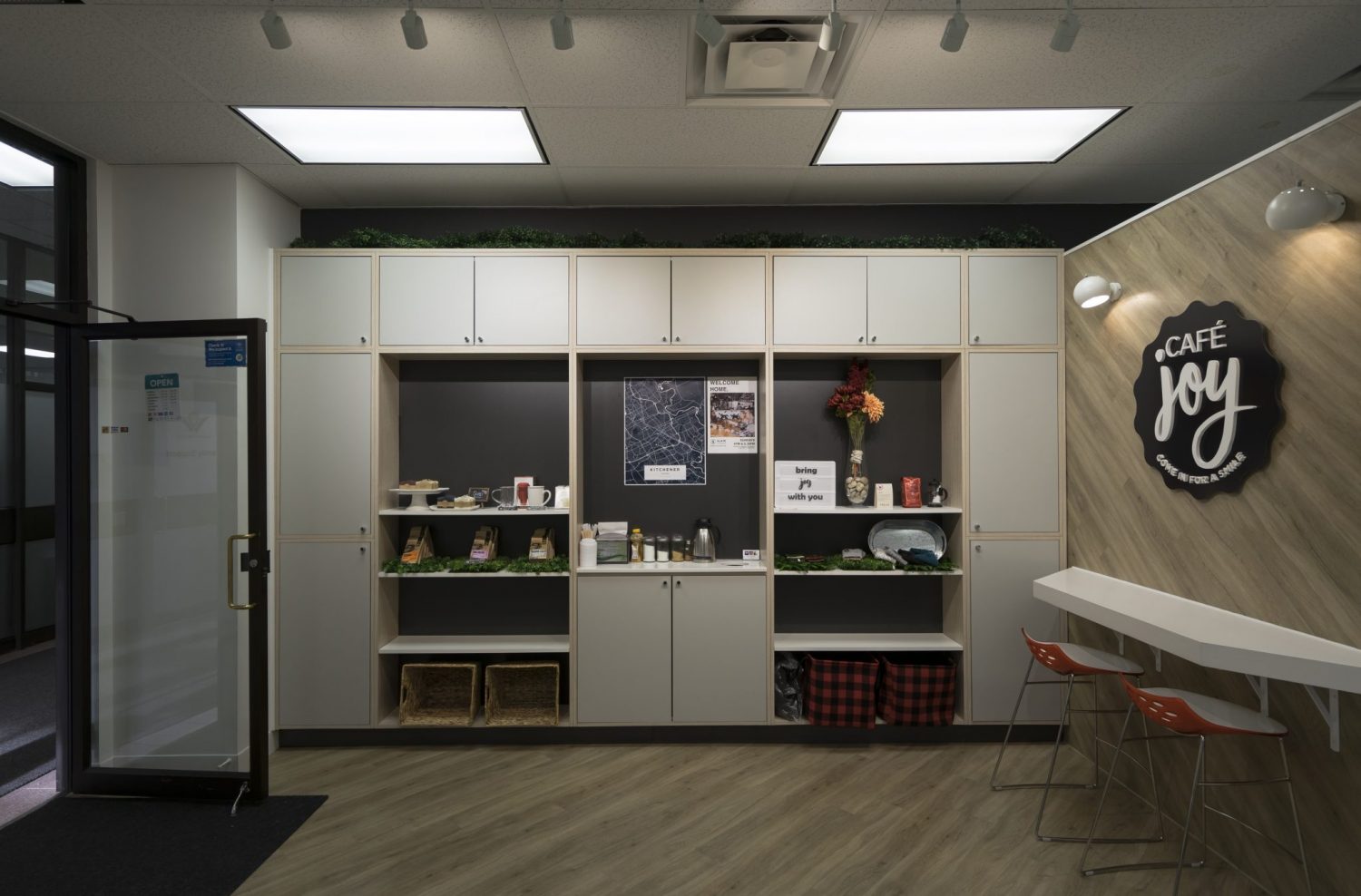 James and Melinda Toonk were on their honeymoon when they received an email from Café Joy’s previous owners with some bittersweet news. James had secured a managerial position with the cafe on 235 King Street E right near the Kitchener Farmers’ Market and he was excited to start his first day after their honeymoon. However, the email began with the previous owners, Ryan and Tracy Jacobs, writing that they decided to step down from the café due to health complications. James was too distraught to read on and handed his phone to his new wife, who kept reading the email.

“I had to read the rest of the email to him because he just dissolved,” Melinda said.

Ryan and Tracy continued by asking if James would like to take over ownership of the café altogether. After touching down from their vacation, the pair hit the ground running on their newest adventure: taking over a coffee shop. Café Joy opened under James and Melinda’s ownership on Oct. 2.

After being open for a month, James remarked on how they are learning something new about running a business each day. They had always dreamed about owning their own coffee shop in the next ten years, but never dreamed that this opportunity would happen so soon.

“It’s really funny how life works out that way, but when you’re given an opportunity you need to make the best of it even when you make mistakes along the way,” James said.

“I was excited from the get-go and thought: why would we run away from something we wanted?” Melinda added.

James, who had previously worked for Smile Tiger as a barista and salesperson has a background in coffee, while Melinda has never worked with coffee but has a business degree in hospitality and tourism management. 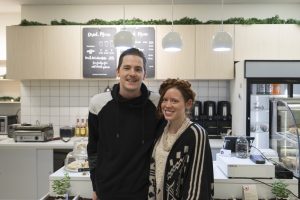 Café Joy is located in a commercial business building filled with a telemarketing company and other small corporations in the downtown core. They cater mainly towards to the 9 to 5 crew and offer drip coffee with quick but comforting eats such as sandwiches, toasts, salads and grilled cheese. Occasionally, Melinda fills the building with aromatic scents of her baked goods and draws in customers from their offices and paperwork.

“When Melinda starts baking … everyone comes in because it smells so good,” James said.

James and Melinda have maintained the minimalist black and white furniture and tiling that Ryan and Tracy installed, but have included some DIY touches and crafts that Melinda made such as bistro lights, coffee beans and chalkboard art for their coffee themed wedding.

“We’re just trying to add more a little bit at a time and make it our space,” Melinda said.

James explained that the possibilities for the cafe are limitless. Currently they are the only ones working in the cafe but they do hope to expand and open multiple locations.

James made it clear that they wanted their café to be a comfortable space where anyone could go for a warm cup of coffee and caring customer service. Their mission is to make the café more community focused and they want to move forward in contributing to the local community through events, supporting local and wholesome business decisions. They order their coffee beans from Social, an Ontario fair trade roasting company. They source their grocery needs from J&P Grocery on Queen Street.

While maintaining the integrity of the name Café Joy, the pair look forward to integrating their cafe more into the community and to eventually expand with more espresso based drinks and larger focus on coffee.

“We want to keep the business growing for Ryan and Tracy by actually spreading Joy throughout the city.”