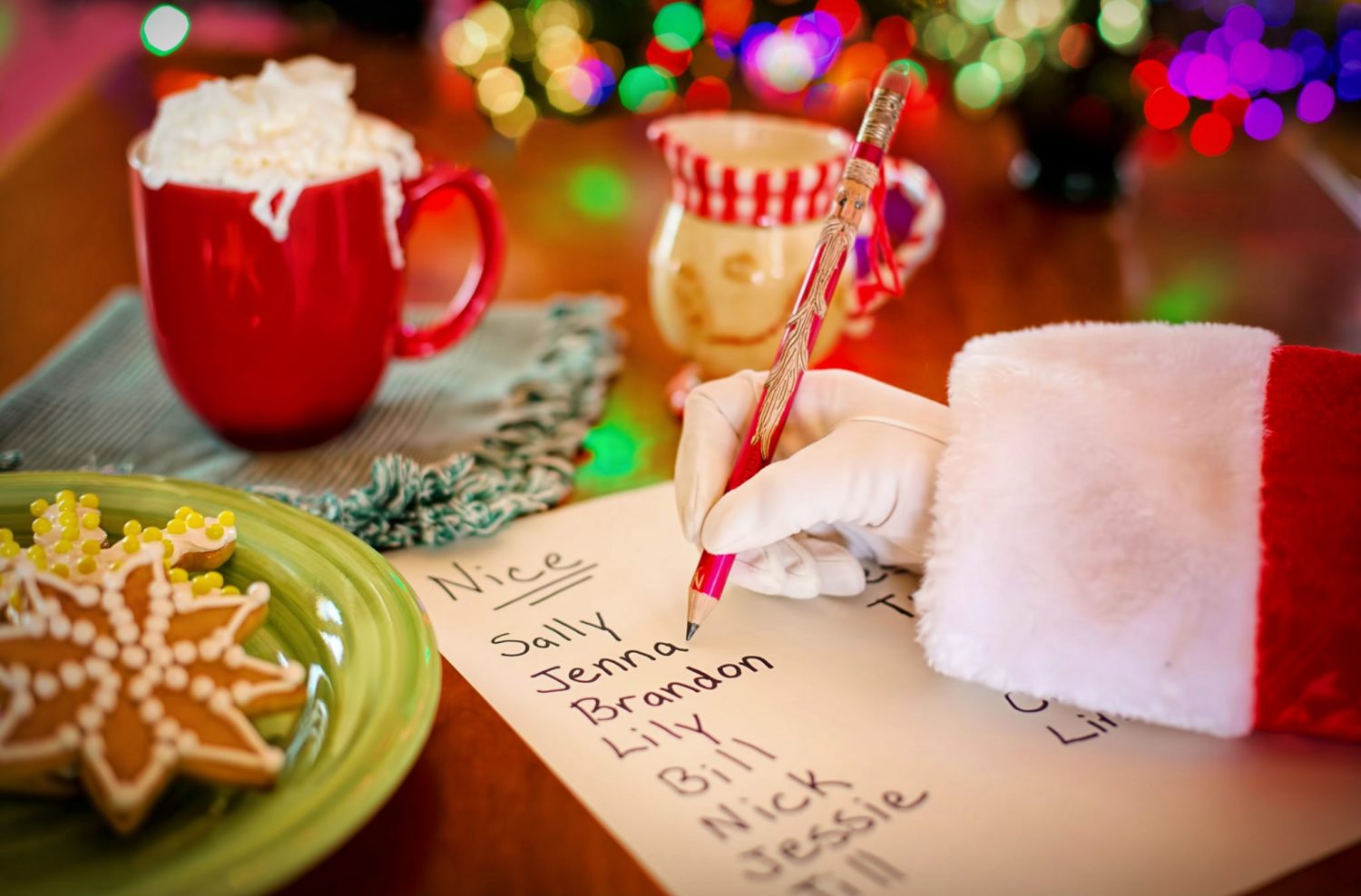 The Man Behind the Beard: Sitting Down with Santa

Hearing that hearty chant come through the telephone receiver instantly brought a smile to my face.

“You know what Kurtis? I saw what you did last Friday night around four o’clock in the afternoon and what you did was amazing!”

For a moment or two, I was completely lost in the conversation. But that was exactly what I needed to hear at that point somehow.

Chatting with some of the people who play Santa Claus in the community has helped me to unearth – or re-remember I should say – the true spirit behind the holiday season.

Jason Weiler is one of KW’s respected Santa’s for hire.

Weiler first donned the suit for a family Christmas party more than twenty years ago.

“I was doing Santa Claus for my family boxing day,” he explained. “My sister asked me to do it, so she bought the suit.”

He quickly fell in love with everything about playing Santa Claus.

As his children grew up, Weiler began to realize that the end of his days dressing up as Santa at family Christmas parties were drawing near.

“When they were around four years old, one of them went on my knee,” he said.

“So that was the end of my ‘ho-ho’s’ for my family parties,” he chuckled.

It didn’t take long for him to realize that he could never hang up the suit altogether.

“The year later, I had the suit, I liked to do it,” he said. “So I put myself up for hire … and I’ve been getting busier and busier every year.”

Weiler stays busy, alright. While he has avoided appearing at malls for a span of time in favour booking appearances, this doesn’t mean the work isn’t steady. Weiler is booked everywhere from day-cares to company Christmas parties; he even referred to himself as one of Bingeman’s go-to Santa’s.

“Anybody can wear a Santa suit,” he said. “But you’ve got to be able to play the part.”

Matt Jeary is another Santa for hire that stumbled upon the suit and never looked back. He can be found over the holiday season seated in Santa’s chair at the Conestoga Mall.

“It was an opportunity that kind of came my way by chance,” he explained. “When I retired, [my wife and my daughter] saw an opportunity for me to play that role [at Conestoga Mall] and they approached me to do that and I thought it was just a wonderful idea.”

“It’s so much fun,” he said excitedly. “There’s really no downfall to it at all.”

Jeary quickly grew an affinity for the suit and beard, the same way Weiler had.

He explained how his tenure playing Santa at Conestoga Mall has exposed him to a large range of people with unique narratives and interesting stories.

“The oldest person I have had come see me was well into her nineties and the youngest I ever held was five days,” he said.

“It doesn’t matter if you are poor or if you’re rich or what walk of life you come from, if Christmas is something you celebrate, Santa is a big part [of that].”

He went on to tell me a heart-warming story about a family visiting from Saudi Arabia, the most excited of which was a young boy who explained how the family had never seen Santa Claus before.

“They were going to go home [to] write their exams in Saudi Arabia and then they were immigrating to Canada; they were excited to come to Canada in February,” he explained.

Weiler and Jeary were both lucky enough to play the role of Santa Claus and both of them similarly fell in love with the part. Their attitudes towards the role were both similarly infectious and each of them had me thinking that a Santa suit could even be in the cards for me — who knows?

They make it seem like a privilege to be Santa Claus and I can totally see why. I guess a Santa suit is the only gift that truly keeps on giving.