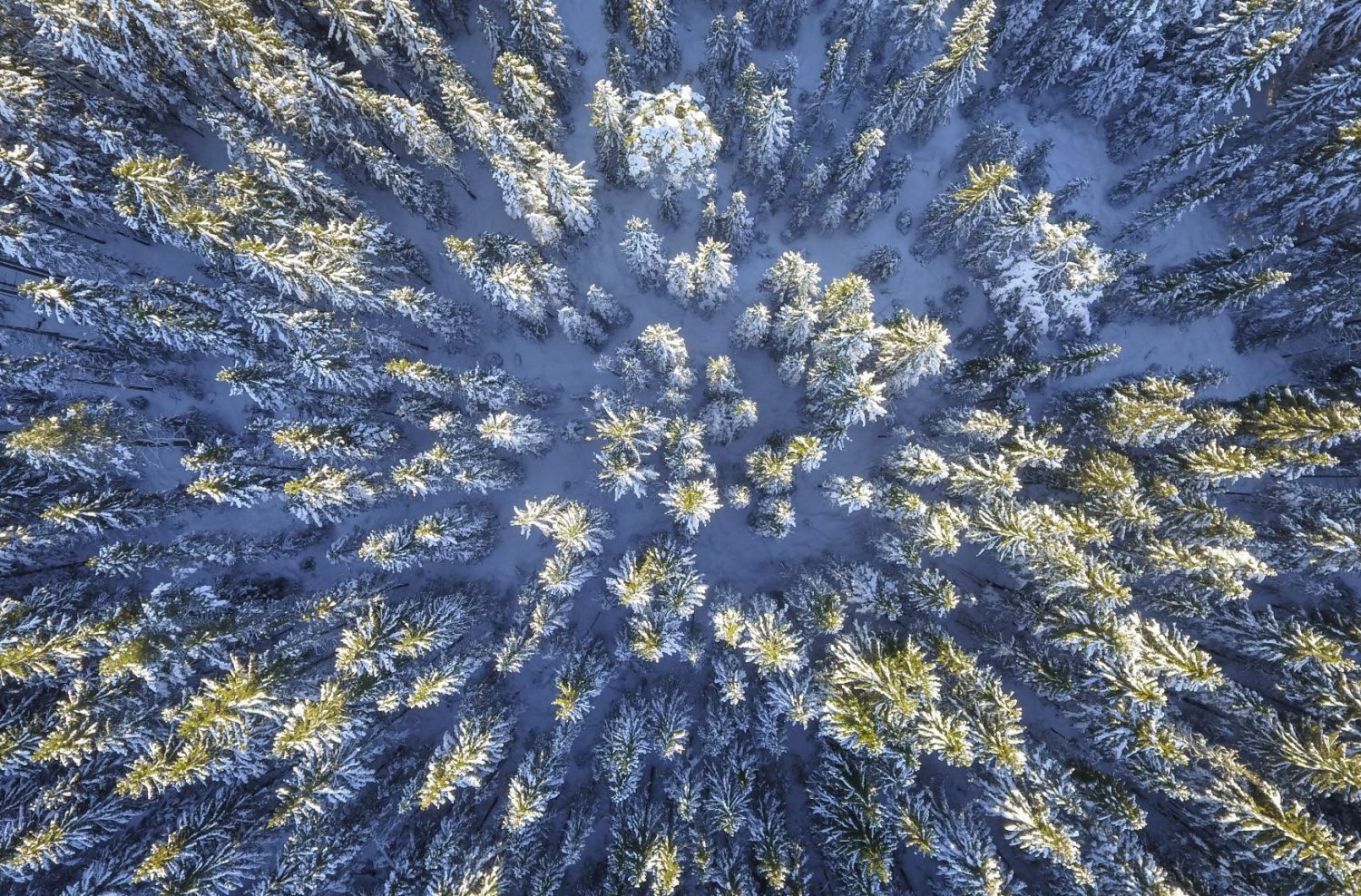 TCE Fiction: At the Door of Green Chapel

A cold wind whistled down the ravine as the two figures rode on. Snow clung to the high crags above, and the horses snorted and tossed their heads as they picked their way among tussocks and tumbled rocks.

The lead rider halted and raised an arm, pointing down the slope into the broad valley beyond. “There,” he said, glancing sideways at his companion. With sunken eyes he looked the second rider up and down, then sidled closer on his nervous steed.

“My good lord, throw not your life away.” He glanced all about them, and when he spoke again it was in a lower voice. “When I return I shall tell them you rode on, even if — even if it were not so.”

The other shook his head. He was a young man, red-haired, in full armour beneath his winter cloak. “A promise is a promise,” he said, and his voice was small in that desolate place.

“If you make promises with the Devil then no one can guard you.”

With a cry to his horse he wheeled and rode off, back up the steep rocky way they’d come. The young man watched him for a moment, then crossed himself and advanced.

Down in the valley it was windless and still. A stream burbled there, and green grass grew tall between swathes of snow. Ahead of him, there rose out of the wintry mist a round green hill, pierced on one side by a low doorway of hewn stone that led into the deep darkness beneath the hill. His horse came to a sudden halt, and a chill seemed to pass through him.

“The Green Chapel,” he breathed.

At that moment a horrible noise rent the air, a screeching, clattering roar that seemed to shake his brain inside his skull: the sound of steel on a grindstone. Swiftly he dismounted and strode forward.

“Hail, who’s there?” he called out over the din. In another moment the sound ceased, and from behind the shoulder of the hill, his foe bounded into view.

Tall as the doughtiest warrior and half again, long-haired, bearded, he carried in his right hand an enormous axe. Nimbly he vaulted over the stream and strode right up to the young knight. Resting the haft of his mighty weapon on the ground, he leaned upon its curved head with two hands as he gazed down upon his challenger. From head to foot — skin, hair, and clothing — he was green, bright green: the colour of new grass in midwinter.

“Hail and well met, Sir Gawain,” he called out in a booming voice. “You are a man of your word. You remember the terms of our compact?”

“I do,” said Sir Gawain, moving not an inch. “At this time last year you rode into Arthur’s court on a green horse, just as the king and all his company sat down to their Christmas feast. You challenged any man there to match you a blow for a blow, and offered that you yourself would take the first hit.”

“All were speechless, but as Arthur’s nephew and his right hand I took up your challenge. You set that very axe in my hands and knelt before me. I swung and struck, and before all the lords and ladies I … I hewed off your head there in the hall.”

“Go on,” said the green man, licking his lips as if in silent laughter.

“With one green hand you picked up your head, and from it you spoke, telling me to meet you at the Green Chapel in one year’s time, there to fulfill my end of the pact. Then you grinned and rode out of the hall like thunder, head in hand.”

“And here you are, ready to take from me now what I received at your hands one year ago,” said the green man. “Truly, the knights of Arthur’s court are men of worth!”

“I know not who you are or what your purpose is, but I am here, and I am ready,” said Gawain. He knelt in the snow and bowed his head. “Take now what you are owed. I am at peace.”

“It is a pity,” murmured the green man, running a finger slowly along the axe’s razor edge. Then, without a word more, he hefted the great weapon aloft as though it were weightless in his hands. In that instant Sir Gawain glanced up, shrinking in fear from the curved blade poised against the sky.

“Ho!” cried the green man, turning aside the axe. “At peace, are you? Did I cower so, when you took your turn?”

“Lay on,” said Gawain sternly, dropping his gaze to the earth. “I’ll not move again.”

Once more the axe swung high, and now the young man seemed as though rooted in stone. Down it came, and this time halted an inch above his bare neck.

“Better,” grinned the green man. “Your nerve is returning.”

“Toy not with me,” growled Sir Gawain. “I have kept my word, now keep yours! Strike, by the green earth!”

“So be it,” said the green man, and now his smile vanished. A third time the bright axe wheeled against the sky, and this time he swung with all his strength. The blade bit deep into the soft ground, and blood sprang out onto the snow.

Gawain leapt back and drew his sword. From a thin scratch along the side of his neck the blood dripped, but he was otherwise unharmed. “Enough!” he roared, pale and shaking. “You’ve taken what you were owed. Have at me now, and leave aside your taunts!”

Brandishing sword and shield, he took up a fighting stance.

But the green man merely set the haft of his axe on the ground and leaned once more upon its head. “The bargain is fulfilled. By the green earth I struck, and of your own red blood you have given. As for my taunts, it may be I have tested you overmuch. Yet all is not as it seems with you, Sir Gawain. That girdle you wear concealed, were you not told by the one who gave it that it would ward all harm from its wearer? That it would shield him by enchantment from all shedding of blood?”

Gawain’s pale face flushed crimson and he clapped a hand to his neck, where a single drop of blood could be seen. Swiftly then he reached beneath his cloak, unfastened the jewelled belt, and flung it to the ground. ‘You speak truth,’ he said, drawing a deep breath. ‘I was deceived, and I have tried to deceive you. Take the girdle, it is yours. My false heart has cost me my honour this day.”

“But not out of cowardice!” smiled the green man. “You loved your own life, and for that I blame you not. The girdle I give to you again, in friendship, and in spirit of this glad season. Wear it, and remember me.”

Sir Gawain bowed and retrieved the girdle from where it lay upon the snow. “I shall,” he said, “and I shall remember too your largeness of heart. But tell me, when they ask me who it was I met this day, what shall I reply?”

“There are more powers in heaven and earth than you have dreamt of, Sir Gawain, of these I am one. I am he that gives, and he that takes, and no art of man or mage can withhold from me that which is my due. I am called the Green Knight.”

Gawain bowed again. “Then that shall be my answer.” He sheathed his sword and called for his horse.

“Understand, Sir Gawain,” called the Green Knight softly, before the young man could mount up into saddle. “I have given you a great gift this day.” He smiled. “Your life.”

Gawain paused, one foot already in the stirrup. At last he nodded. “It is as you say.”

He rode off, away from the green hill in the wintry vale, and came at last home to King Arthur’s court. There the bells pealed to welcome him, and the lords and ladies gathered round to hear his tale. When he had told it and had shown the green belt he wore, all that company swore that ever after they would wear a sash of green, in honour of Sir Gawain and his strange return that Christmas season. But I ask you, gentle reader, in that fair and gentle court so long ago, did they understand its meaning?