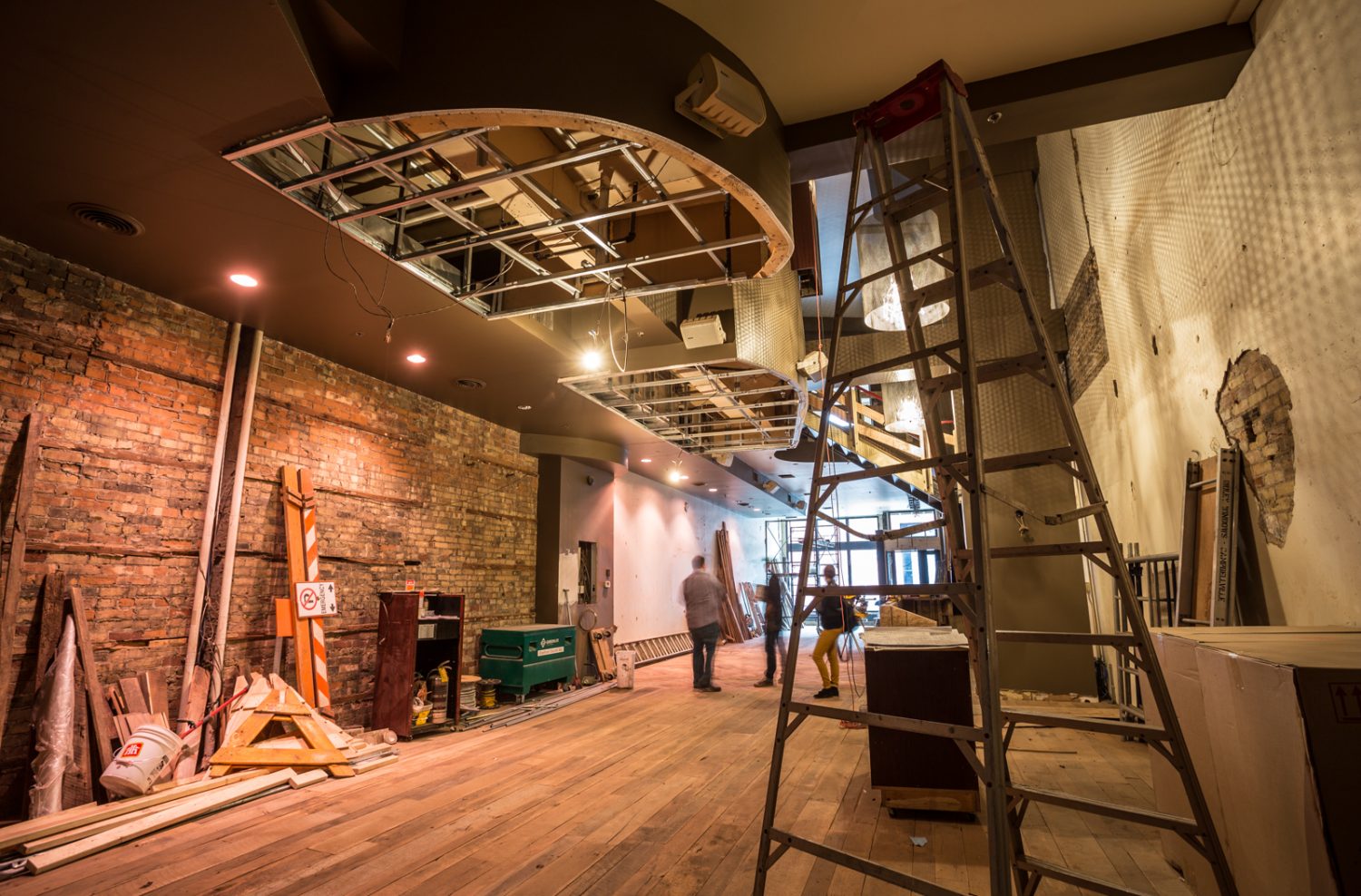 The Berlin: A “Kitchener” Restaurant in the Making

Downtown Kitchener will soon be home to a new restaurant at 45 King Street West. The Berlin, slated to open late November, is co-owned by Head Chef Jonathan Gushue and General Manager Ryan Lloyd-Craig. The two are currently hard at work transforming the space, which formerly housed Peter Martin’s The 41 Gastro Pub. Their vision is for a simple, laid-back restaurant that focuses on sustainability and the basics of cooking.

With renovations underway, it’s already evident that the interior will have a unique character. The walls are a combination of wood and exposed brick, and the open staircase in the middle of the restaurant gives patrons an unobstructed view of the entire building. The back of the restaurant features an open kitchen, complete with counter-side seating, so patrons can watch their meals be prepared before their eyes. 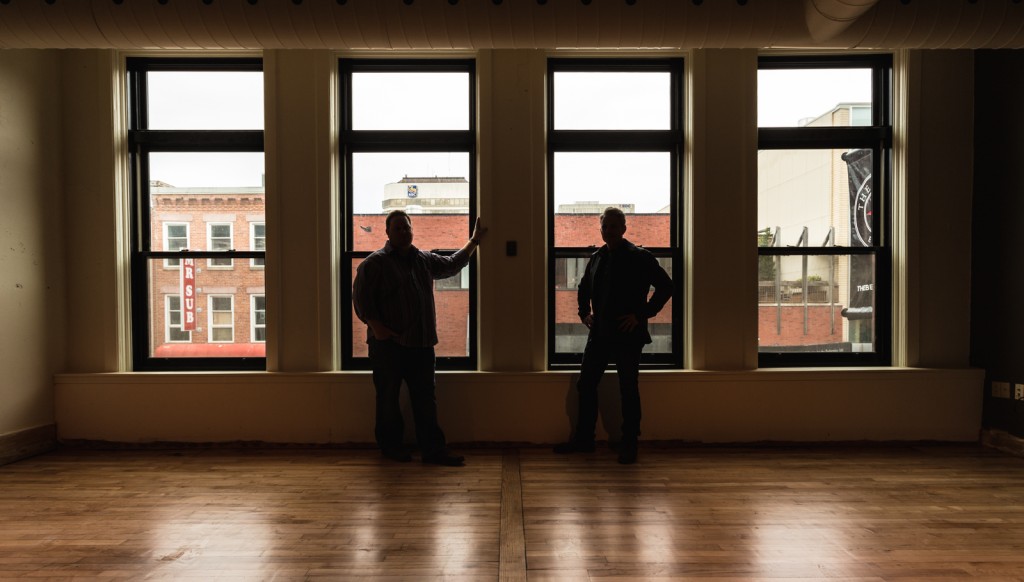 “We wanted to make this a Kitchener restaurant,” said Gushue. “The first thing we both agreed on was no tablecloths, just a nice big candle on the table, we want flowers, that’s really it, and then keeping everything else natural.”

After exploring the offerings of some of the other downtown restaurants, both Gushue and Lloyd-Craig decided that they wanted to “offer something a little different.”

Patrons can expect simple, locally-sourced dishes that will change with the seasons. Sustainability is a hot topic within Waterloo Region, and both Gushue and Lloyd-Craig agree that it is an important value for restaurants to put into practice. 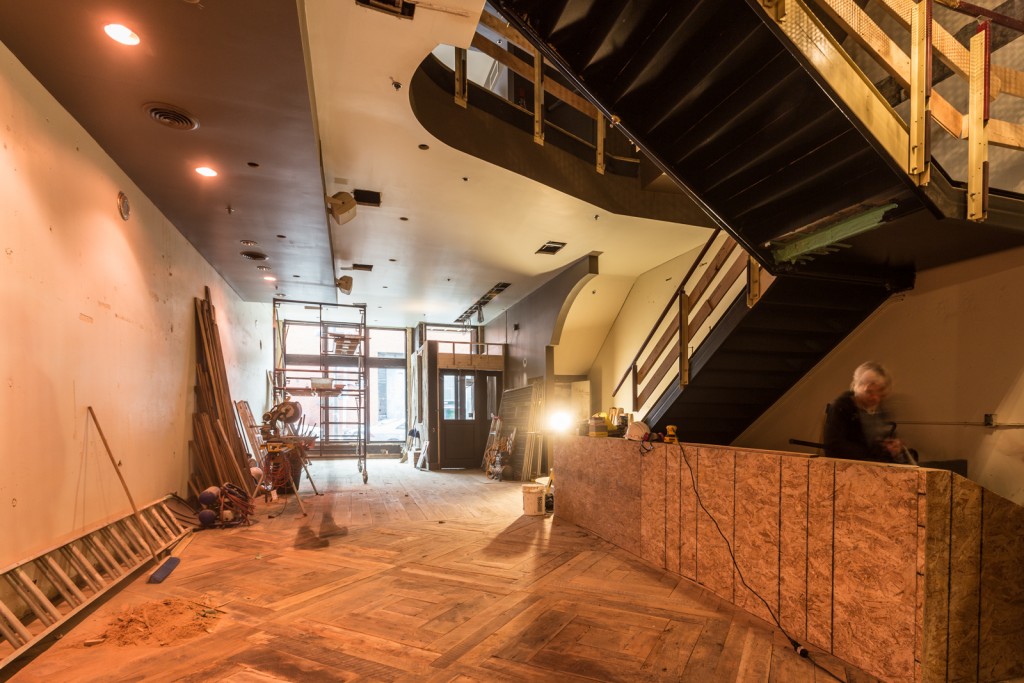 The interior was stripped down to accentuate the raw character of the building.

They have already lined up multiple local suppliers. Their pork, for example, will be supplied by a farm in Listowel. They are excited to support the community that, ultimately, will help to drive their business.

“There’s just so much to offer around here,” said Gushue. “We don’t want to limit ourselves, but we certainly want to be recycling money back into our own community.”

Lloyd-Craig echoed these sentiments and explained why local community partners are important to The Berlin. Ultimately, they want to help benefit the people who live and work here. Farmers need restaurants to buy their products, and restaurants need farms to supply the product; one cannot exist without the other, so the creation and sustainability those relationships is key. 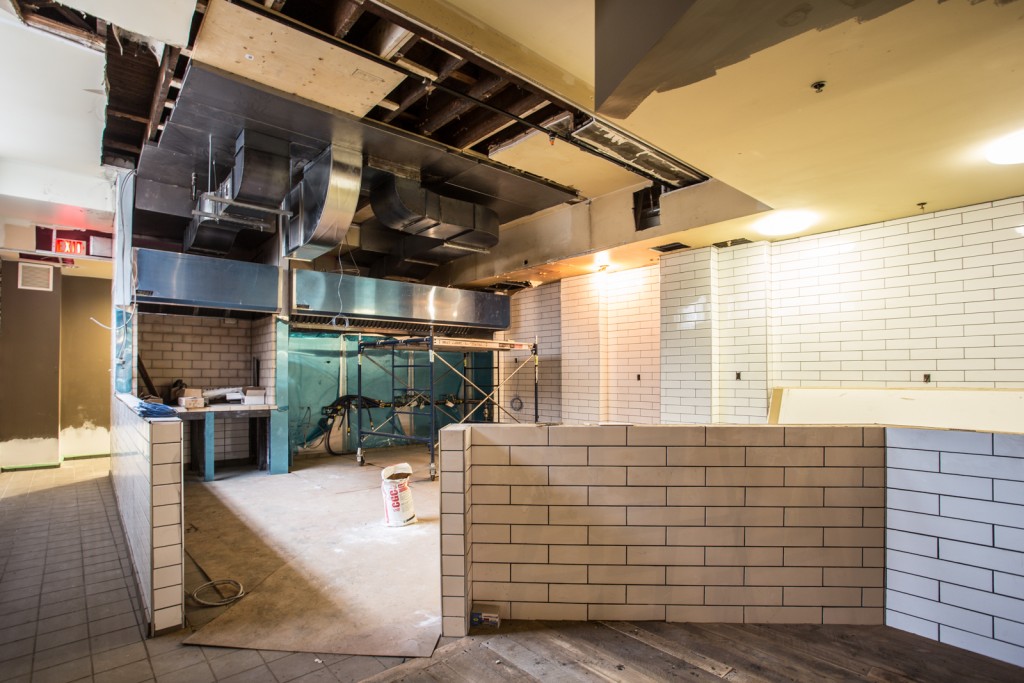 The open kitchen will soon be a venue for patrons to watch their dishes being prepared.

The Berlin’s menu will also feature many locally inspired dishes.

“We will certainly be inspired by what you see in the region, for example, a great deal of buckwheat.” So, given this area’s German roots, Gushue explained, “we have a section called noodles and dumplings.”

The food will be a mix of Canadian and European, and will shy away from pretentious descriptions, and will instead connect the area’s cultural and historical traditions with food production throughout the region. 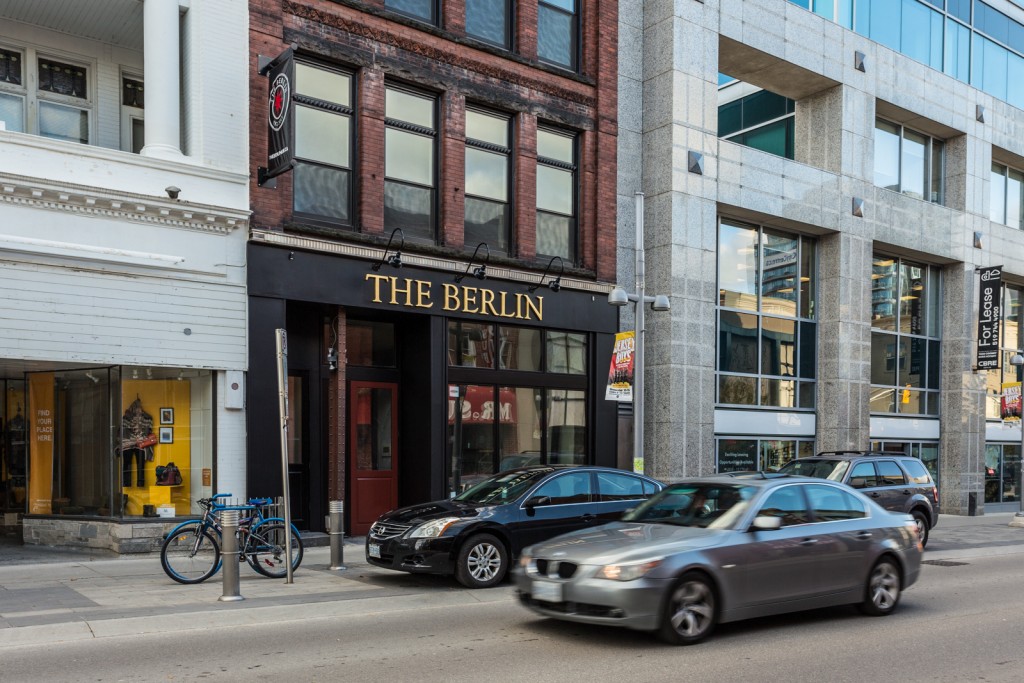 And the name? As many will recall, Kitchener was called Berlin until 1916, and, as Gushue explains, “we want to be a restaurant that is a part of the community, entrenched in the Waterloo Region.”