If Streets Could Talk: Baden

It was this little townhouse on Charlotta Street, across from an empty lot and a spat of train tracks that my brother and I used to fixate on the trains. I don’t think we ever noticed the noise. It was like that with a lot of things when I was really young, living in Baden, a small town about 15 kilometers east of Kitchener-Waterloo.

The townhouse wasn’t much. It was on the end of a converted manor, so we were separated from our next-door-neighbours by permanently locked doors. But we had a nice little fenced-in yard with a shed in the corner — the thing was just packed earwigs, if memory serves.

Looking back now, it was the ideal place for a couple with two young children: the school was in walking distance, plus it felt like the type of place where everybody knew everybody, what kind of trouble could we get into? — The short answer is always at least some, but I digress, and that’s a whole other story. 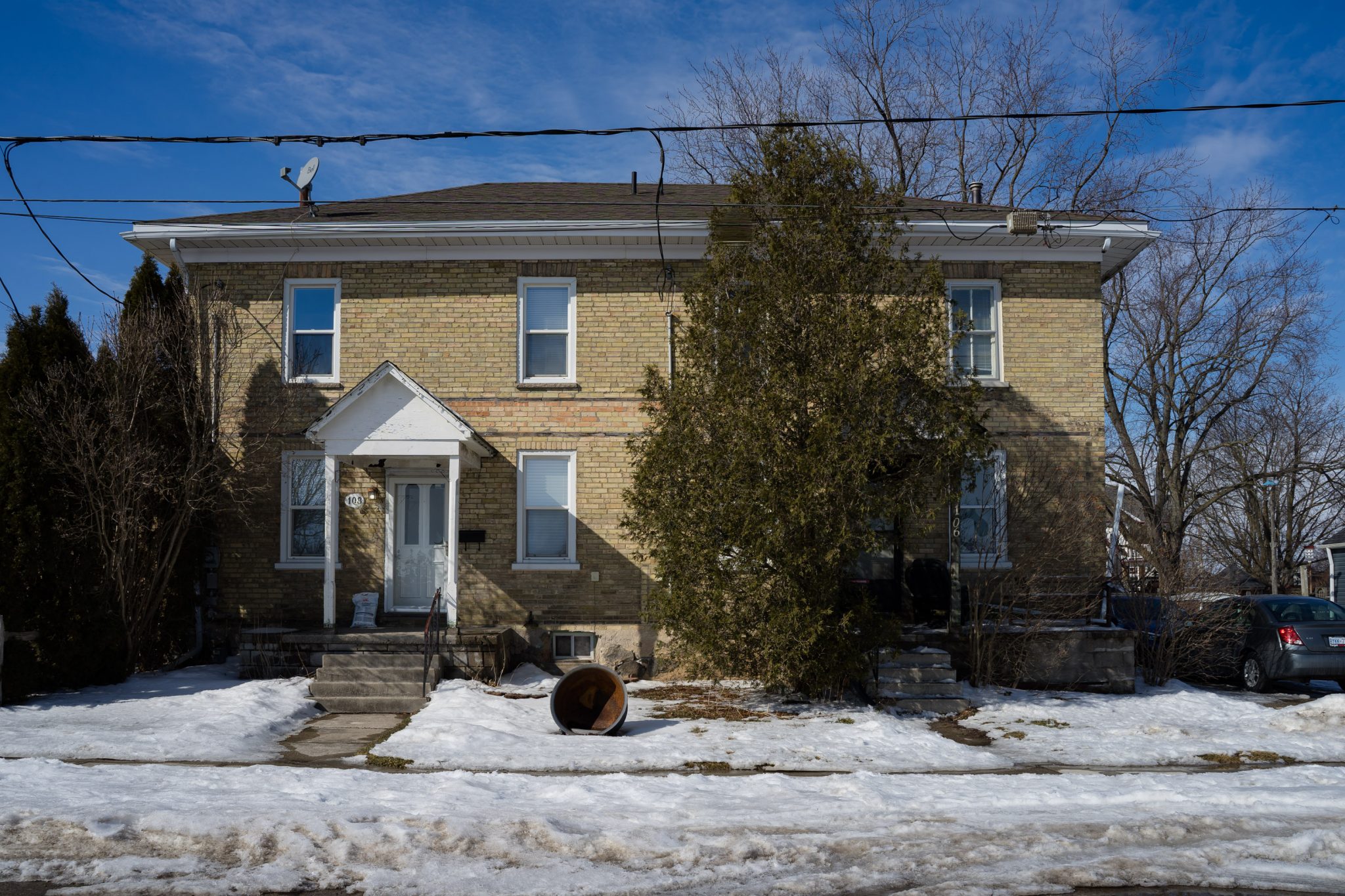 After having my brother at the end of 1993, my parents moved to Baden from an apartment in Kitchener. The town was a lot smaller back then, and it was a short drive to both of their workplaces, as well as my grandparents’ places in Kitchener, so it worked out nicely.

I think about my family at that time a lot, and when I do, I always picture the train tracks across the street. My girlfriend and I visited Baden just the other day and the sound of trains seemed omnipresent — err — I heard several obnoxious horns in the short time I was there.

It never did bug me though, at least not when I was a kid. I just got to be excited about trains. My parents had this way of spinning everything into a positive light — all good parents do it, really — and I have to give them all of the credit. 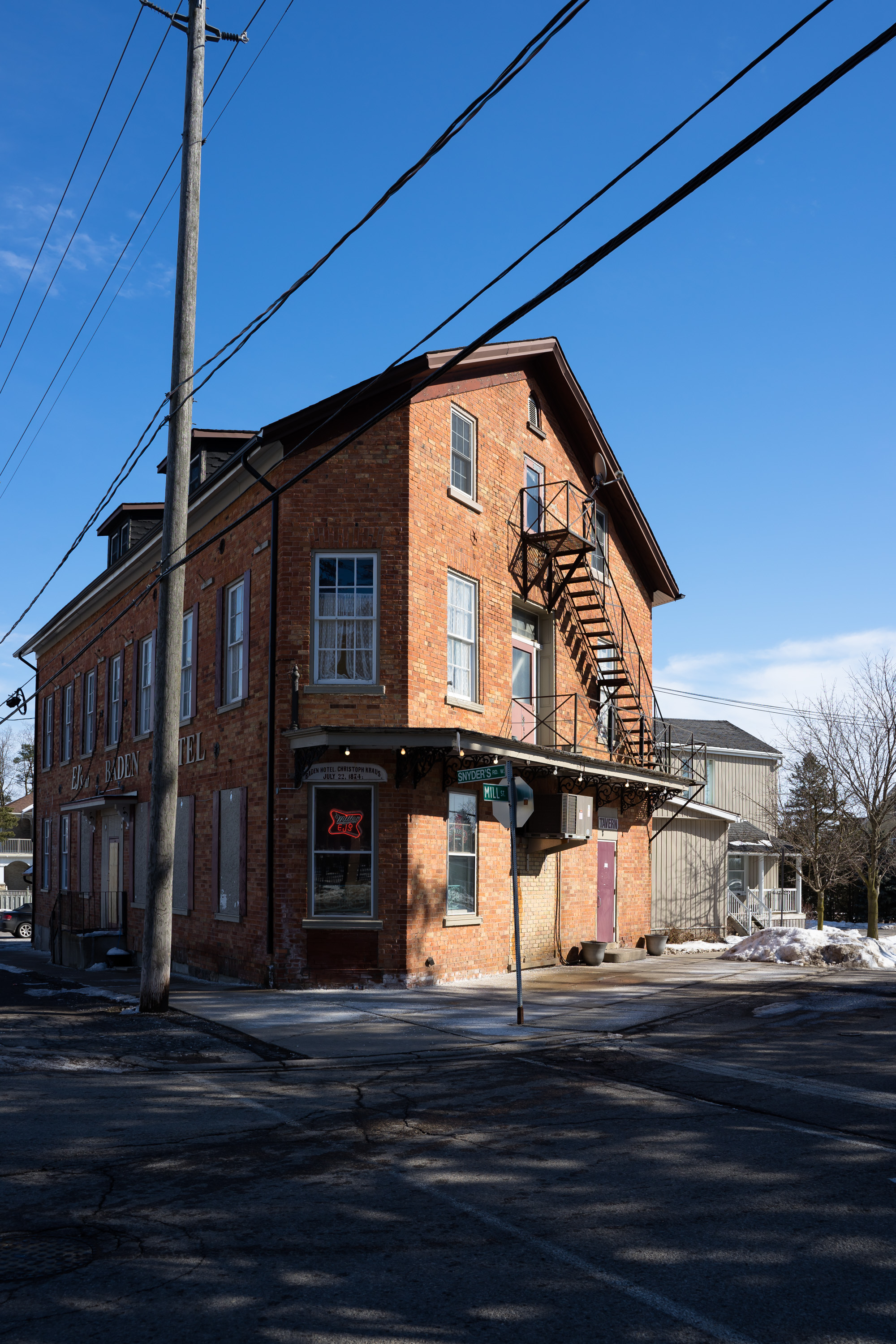 It’s not to say that my family struggled with financial issues or I that had a rough childhood either, because even when my parents had issues with money, they made a point of keeping my mind at ease and my nose out of it. It was just that when I was driving through my old neighbourhood for the first time in years, a lot of things started falling into place for me.

When my parents met and, for whatever reason, decided to engage in procreation, they were not that much older than I am, living in an apartment not that far from the one I live in now. They didn’t have much more than that, other than hopes and dreams for their family-to-be.

When they saw this old townhouse come up for sale in the small, tight-knit community of Baden, things must have been falling into place for them. 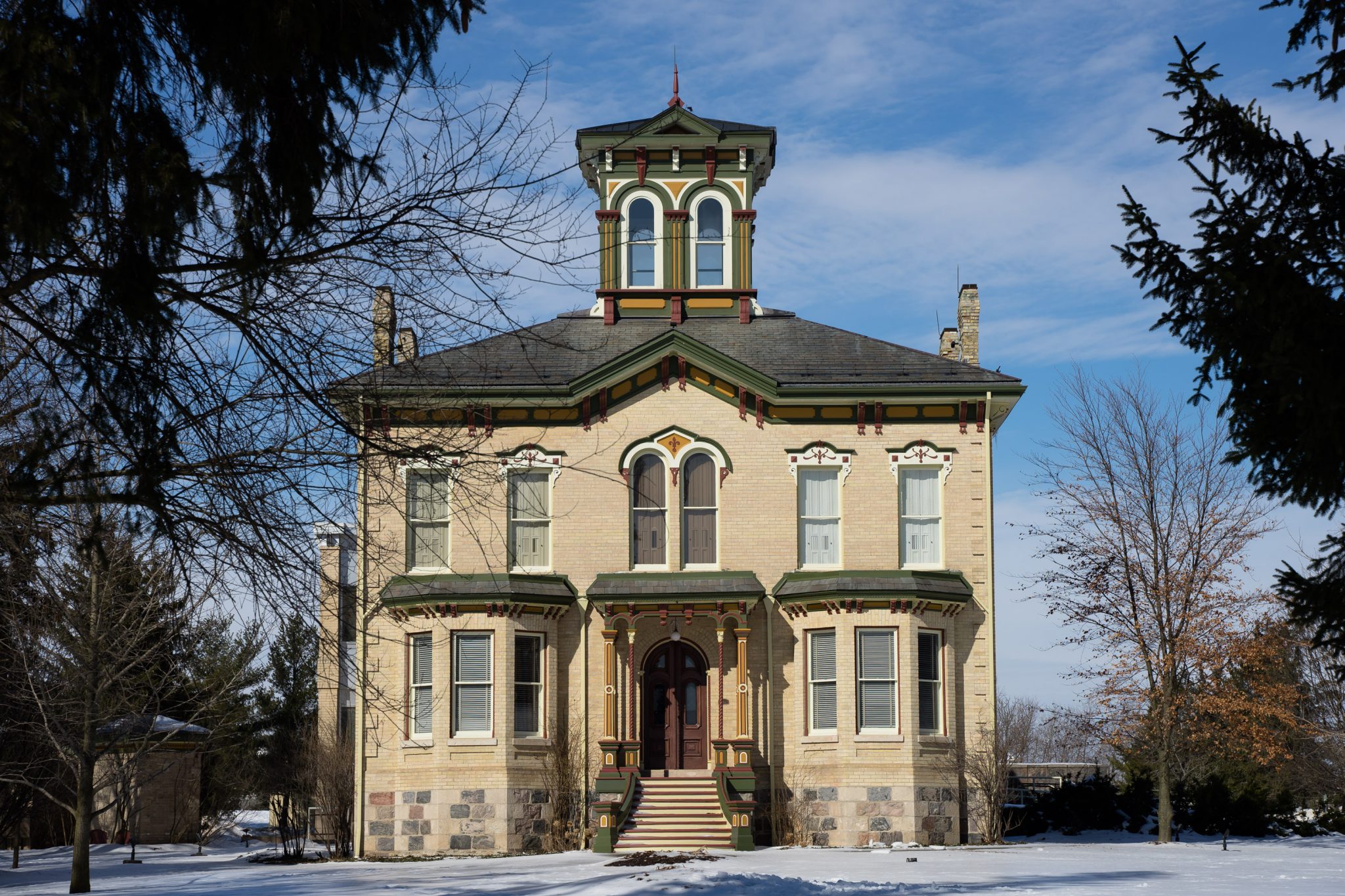 Because, when I think about Baden, and the time I spent there as a kid, I don’t dwell on my aging neighbourhood, or the perma-locked door in the bedroom my brother and I shared. It didn’t bother me that all the kids in my class had in-ground pools, that my babysitter was emotionally torturous, or that I was rocking hand-me downs, and all that.

When I think about Baden, I think about learning to skate on the pond by Foundry Street as it froze over each winter. I think about rollerblading and skateboarding for the first time all around the parking lot at Castle Kilbride. I think about tobogganing down the kames at Baden Hills.

But mostly I just think about the fact that my mom and my dad and my brother were always there with me through each bit. 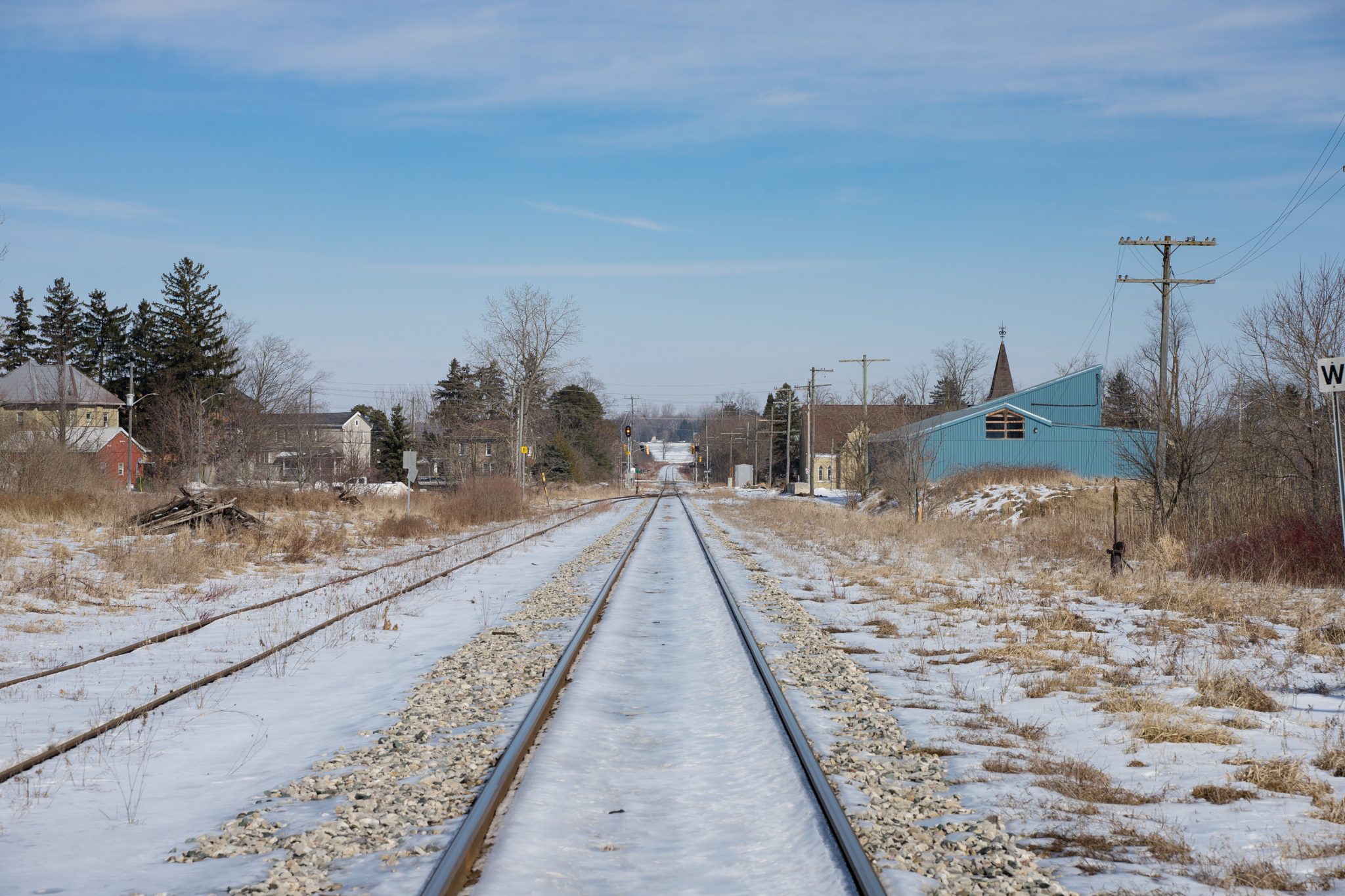 My parents always used to tell me to set goals and work towards them; to always want more for myself, and I feel like I’m finally starting to see what they mean now.

Eventually we moved into a bigger place in a smaller village about 25 kilometers south of Kitchener. But when I reflect on those formative years spent in Baden, I can’t think of a single thing I would like to see different and I feel blessed for that.

My parents moved from Kitchener to Baden because they wanted what was best for my brother and I, and when they saw that old townhouse, I don’t think they could have possibly imagined where we would both end up, or the fact that everything would work out to be fine for all intents and purposes. They just knew that they were making a decision that was right for their family. 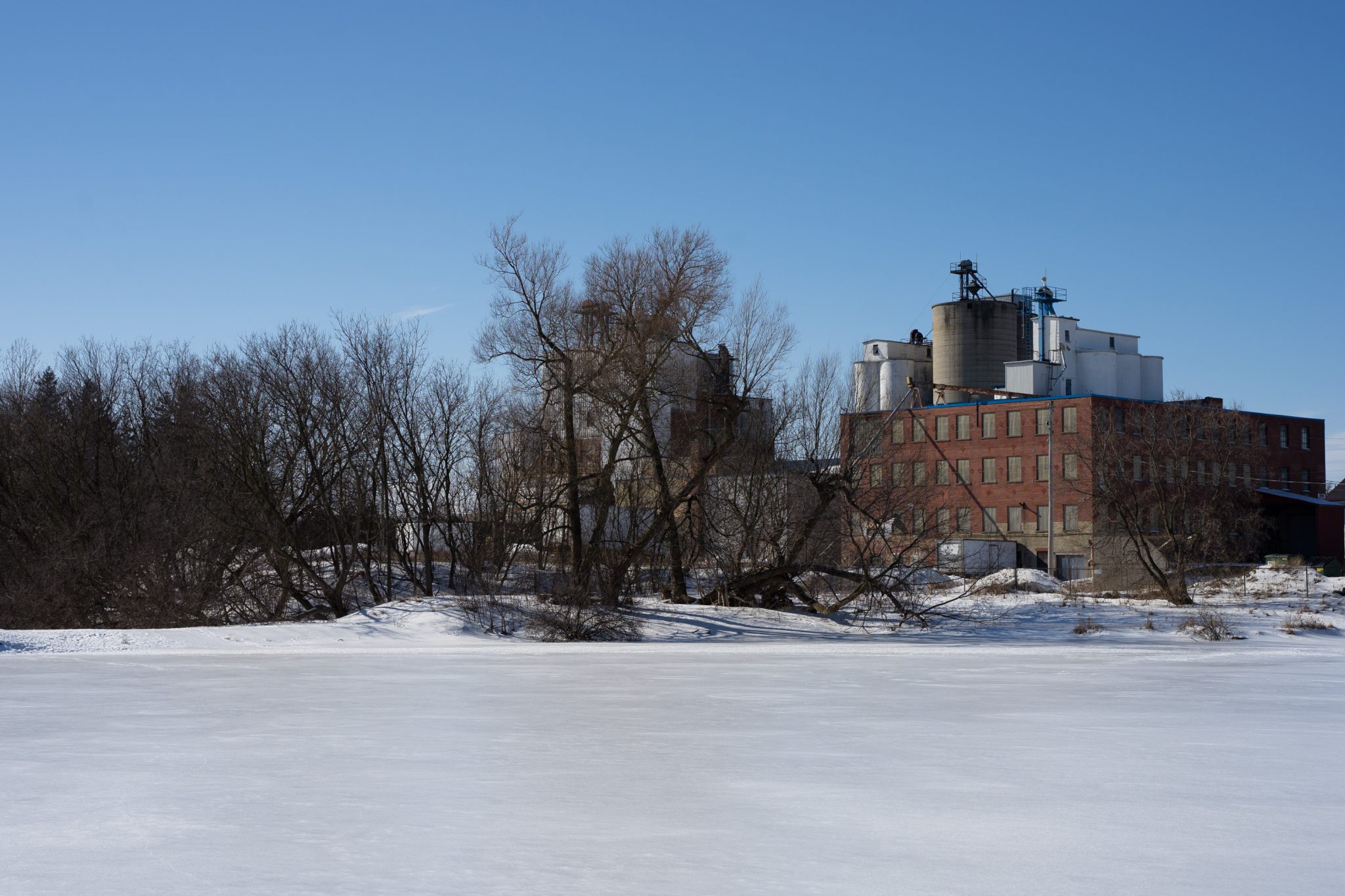 In the years since we moved away from Baden, the population swelled to a little over 4500 people — thanks, in part, to the addition of a couple subdivisions sprawling to the east and to the north — but it’s mostly cooled off for the time being.

Like a lot of the small towns and villages surrounding the borders of Waterloo Region, Baden seems to be prime for development, but it still holds on to that cliché small town charm.

Not a bad place to start a family, I guess.