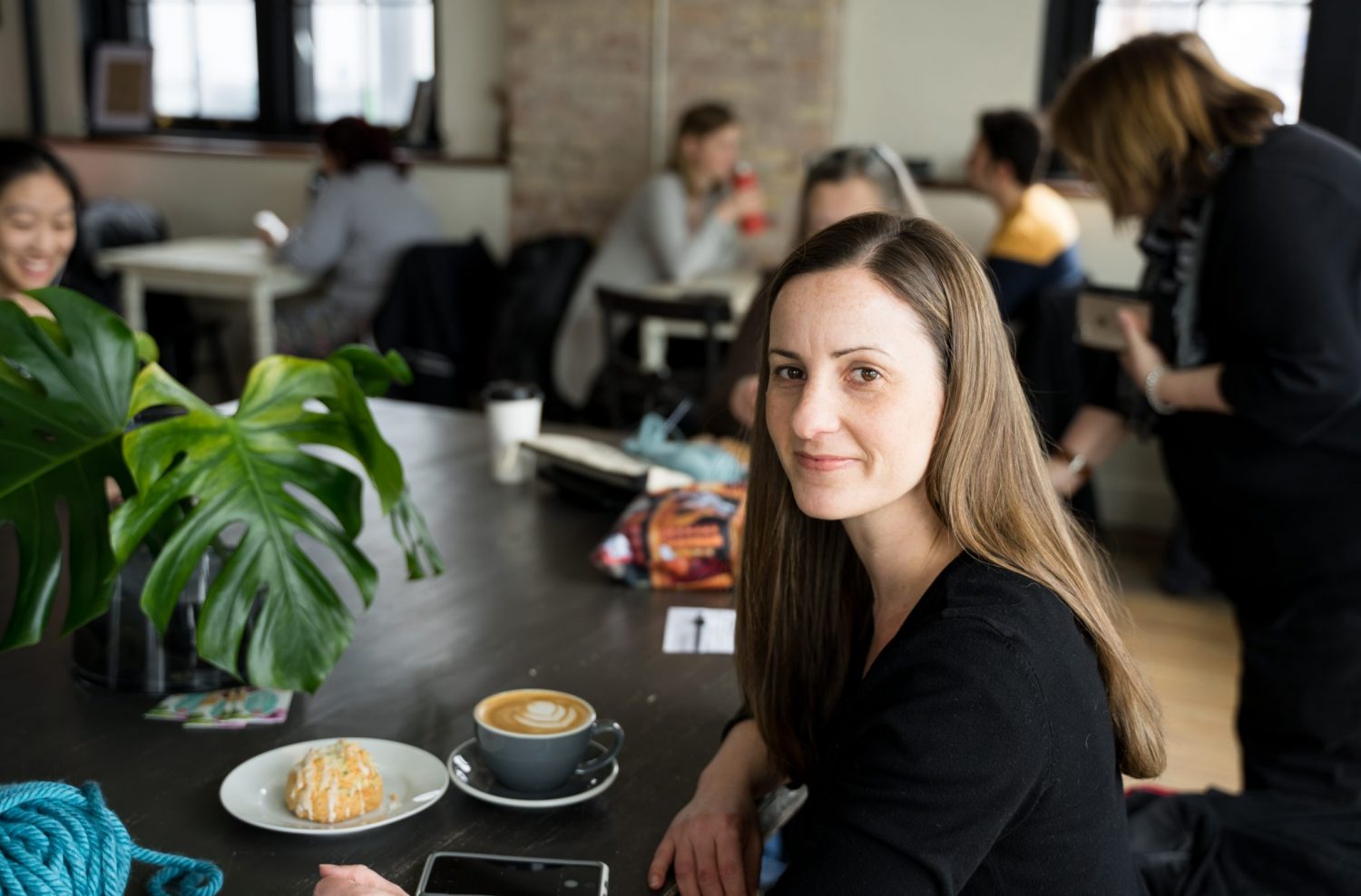 Before starting Cabin + Cove, a project intended to bring new and aspiring knitters together around Kitchener-Waterloo, founder Jillian Welk was busy selling her products on Etsy. After her hand-made products became best sellers on the e-commerce website, Welk knew she had a goal in mind, and since then, it’s fruition Cabin + Cove has started to grow and grow.

But first, let’s go back to the beginning. Almost ten years ago, Welk was inspired to start knitting after a friend of hers created a hat for her first-born son, which “fit him perfectly.” After teaching herself how to knit through books and online tutorials, Welk opened up an Etsy shop and within a few days was receiving orders from around the globe, including Australia and Europe.

For the next few years, Welk would knit exclusively for newborn baby photographers, who contacted her through her Etsy shop. After the birth of her second son, Welk started creating digital knitting patterns through her website.

Finally, in 2016, Welk started Cabin + Cove to offer more modern knitwear for adults, as well as to build a much-needed community around knitting.

“I looked around KW and there’s a lot of really great knitting groups but it didn’t really have the modern appeal that I was looking for,” said Welk. “I wanted to be in a beautiful space and drink really great coffee and lattes and so I ended up just doing that on my own.”

Welk currently runs two different knitting workshops, one of which is designed for absolute beginners and focuses on the basics of knitting. Welk usually hosts these beginner’s workshops at David’s Tea in uptown Waterloo and only allows up to eight sign-ups per workshop to give more individual attention to guests.

During the two hours of her beginner’s workshop, Welk takes the time to teach the basics of knitting, such as how to cast-on yarn, how to perform the knit and purl stitches, and how to read a knitting pattern.

“I have it down to a science. I’m able to give the proper cues and tips and tricks to really make sure that people leave with confidence with what they’re doing and so they’re able also to start creating items,” Welk explained.

Along with the Cabin + Cove, Welk has also started two programs — Sip n’ Stitch, which is a monthly meeting where knitters and crocheters can “meet, mingle and make.”

Another program, called The CozyRiot Project, is intended for groups to create hand-made products for organizations in KW. In the past, the group partnered with the Women’s Crisis Services of Waterloo Region and Huron heights Secondary School to distribute knitted hats, scarves and sweaters to those in need. They are now working to offer their knitted projects to Reception House Waterloo Region.