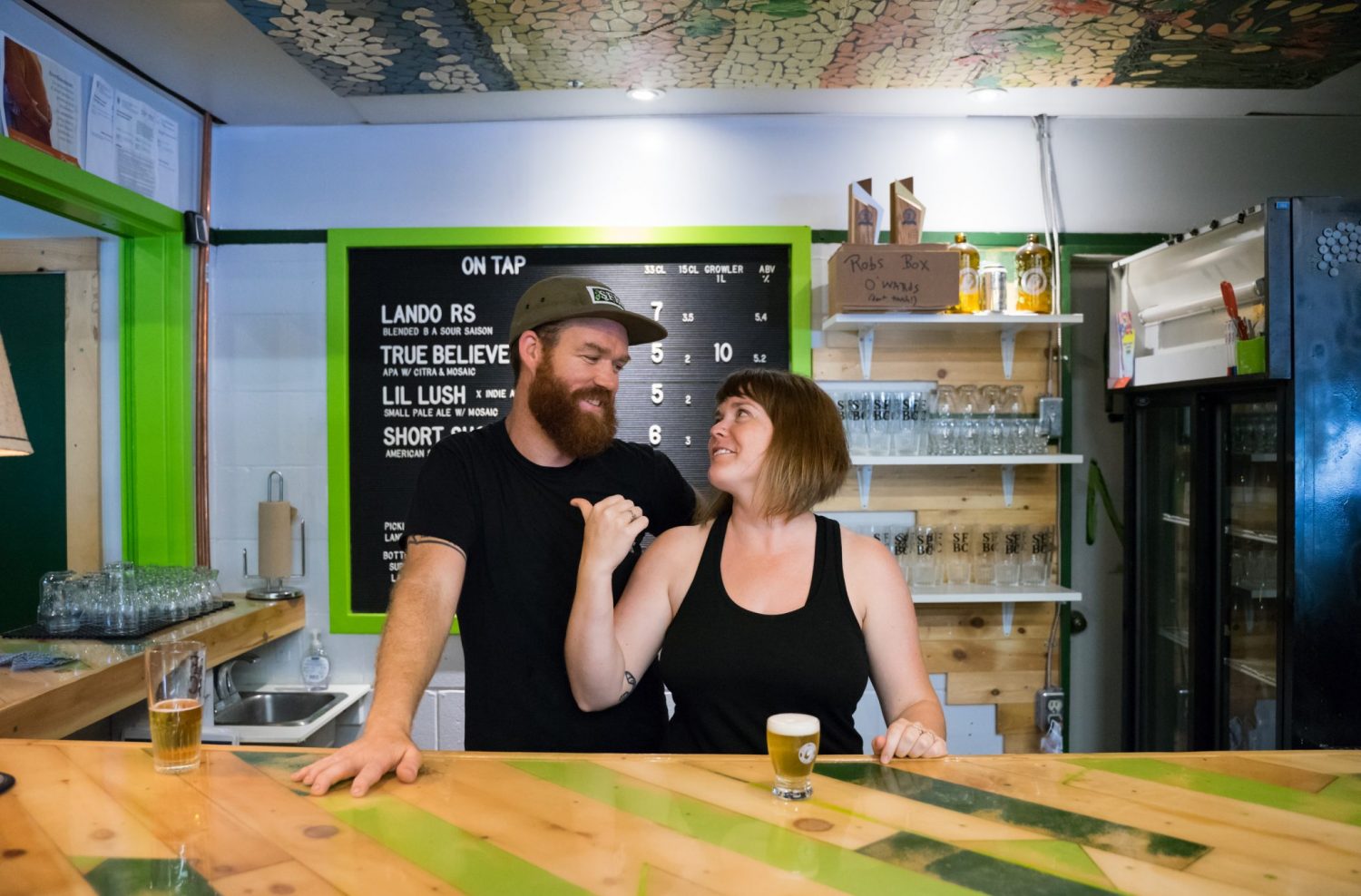 For the Love of Beer and Education at Short Finger Brewing Co.

Located at the corner of Hurst and Kent Avenues in Kitchener, Short Finger was co-founded by Rob Hern and Kat Rogers-Hern in 2015. Both had quit their jobs in Toronto after careful thought and research in choosing where to settle.

“We did a lot of mapping of Ontario based on research and looking at community engagement in home-brewing,” Rogers-Hern said.

In Waterloo Region, they saw both a business opportunity and a place they wanted to live. They soon opened Short Finger, originally as an online-only homebrew supplies store — just the first phase of the business, Hern explained.

Once in their Hurst Avenue location, they sold a wide range of homebrewing ingredients and equipment out of their store and online.

“We sell whatever you want to make your own beer. The range of stuff in here is quite large,” Hern said.

However, Short Finger’s long-term goal was to open a brewery; that was delayed due to the rapid success of the homebrew supply business.

“[We initially thought] we’re just going to start this little mom and pop homebrew shop and then it just super exploded in a really lovely way,” Rogers-Hern said.

Their end goal of brewing and selling their own beer was achieved in June 2018, when Short Finger’s bottle shop opened. The tap room opened this past February. Hern described the accomplishment as a “slow journey,” while Rogers-Hern laughed that, “we haven’t done it the easy way.”

But that journey has led Short Finger to be, Hern notes, “the only place in Canada like this that has a homebrew shop and brewery, so that is definitely one thing that is very unique.”

Short Finger since hired two employees: one runs the tap room, the other operates the homebrew shop. This has allowed Hern to focus on brewing the beers Short Finger has quickly become known for: barrel-aged blended sours. Rogers-Hern called Lando, a sour saison blend, “the flagship and our baby.”

They are also proud of Anchor Shoes, their dark cherry saison, and Fargo, a gin barrel-aged golden sour with lavender — beers that won gold and silver (respectively) at the 2019 Canadian Brewing Awards.

“Most of our beer can fall easily into the experimental category,” Hern said.

Short Finger’s selection is also affected by the seasons because they don’t use temperature controls, and often try to use fresh Ontario fruit.

In addition to selling homebrew supplies and their own beers, Short Finger also offers homebrewing classes.

“I am a teacher so my interest in beer is predominantly beer education,” said Rogers-Hern.

The classes support the local homebrew community, which they feel supports them in return.

“When we moved here, we had no idea how great and how thriving the homebrew community was,” she said.

Collaboration is also a recurring theme at Short Finger. They have positive relationships with other brewers, restaurants and local farmers. They’ve collaborated with Ren Navarro’s Beer-Diversity campaign. They also use barrels from Willibald Distillery in Ayr.

Recently, they’ve been fostering a closer connection with the Working Centre.

“We like what they’re doing and we see them as like-minded,” Hern added.

Short Finger’s future direction reflects the role of each co-founder.

“My goal is to continue to work towards a community where people feel confident in what they’re drinking and in sharing it with others, whether they’re making it themselves or picking it up at a bar,” Rogers-Hern said.

Hern’s goal, however, is quire simple: “Just make the best beer ever!”