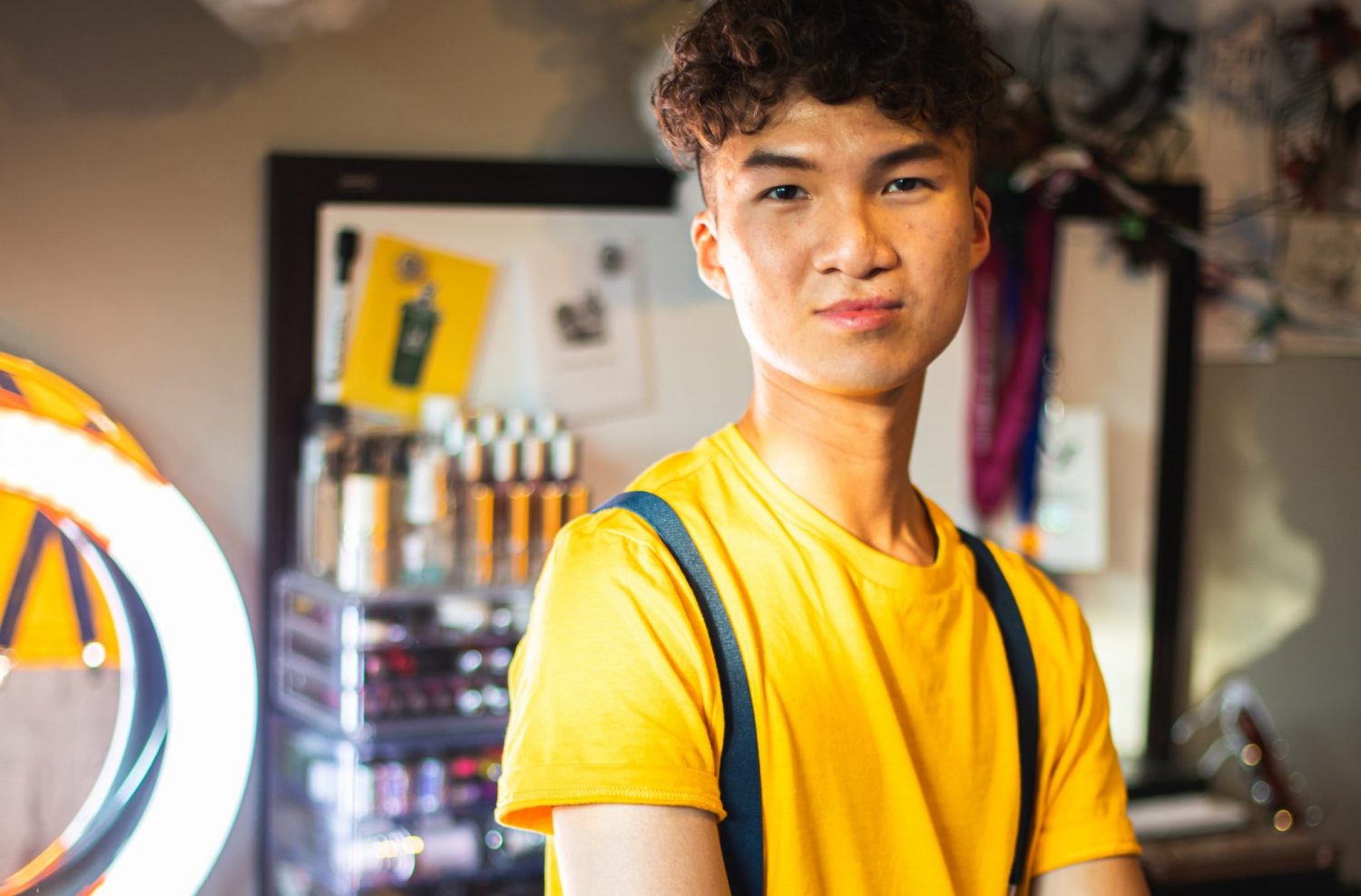 With Stars in his Eyes and Foundation on his Brush

On a late July afternoon, 56 contestant models filtered in and out across the carpeted hallway of the Edward Hotel in Markham. Cambridge-based makeup artist Andy Le, was ready to prepare the models for the 2019 Miss World Canada fashion show night.

Le painstakingly primed, mixed, blended, outlined, brushed, powdered and misted with a dizzying array of products valued at close to $1,000 to help the models look stage-ready.

I arrived as Le was putting the final touches on his fifth model of the day; a pace slower and more relaxed than Le is accustomed to. For a makeup artist, events such as this are like an endurance racing sport.

“I did 10 models in two hours for a show. We were so rushed I had to literally line them up and apply foundation,” he said, adding that he started again at the beginning with the first model and worked his way to the last for each step until the models were ready. He says he finds the pressure energizing as a show’s call time approaches.

Le carries himself lightly. He’s incredibly soft-spoken with a restrained, focused demeanour and a subtle confidence that seems to reveal itself when he’s one-on-one with someone.

Like most 19 year-olds, Le enjoys hanging out with his friends, or playing video games. But for the past month, his free time has been sparse with fashion events like Miss World Canada, Top Model Search Canada and Miss Teenage Canada — calling him out from his hometown of Cambridge.

“I think he’s amazing,” Jennifer Turner, owner and lead artist of Modern Makeup, said. Turner directs and oversees the roster of makeup artists for the modelling events Le has worked at since 2018.

Turner has been an integral part of Le’s life as a role model who has provided him with opportunities, allowing him to develop his craft and strive for more while feeling like he belonged, as part of a family.

“His artistic abilities are unreal, he’s come so far in the last year,” Turner went on to say, mentioning how timid and shy he used to be. “He’s a vital part of my team now. I just love him.” 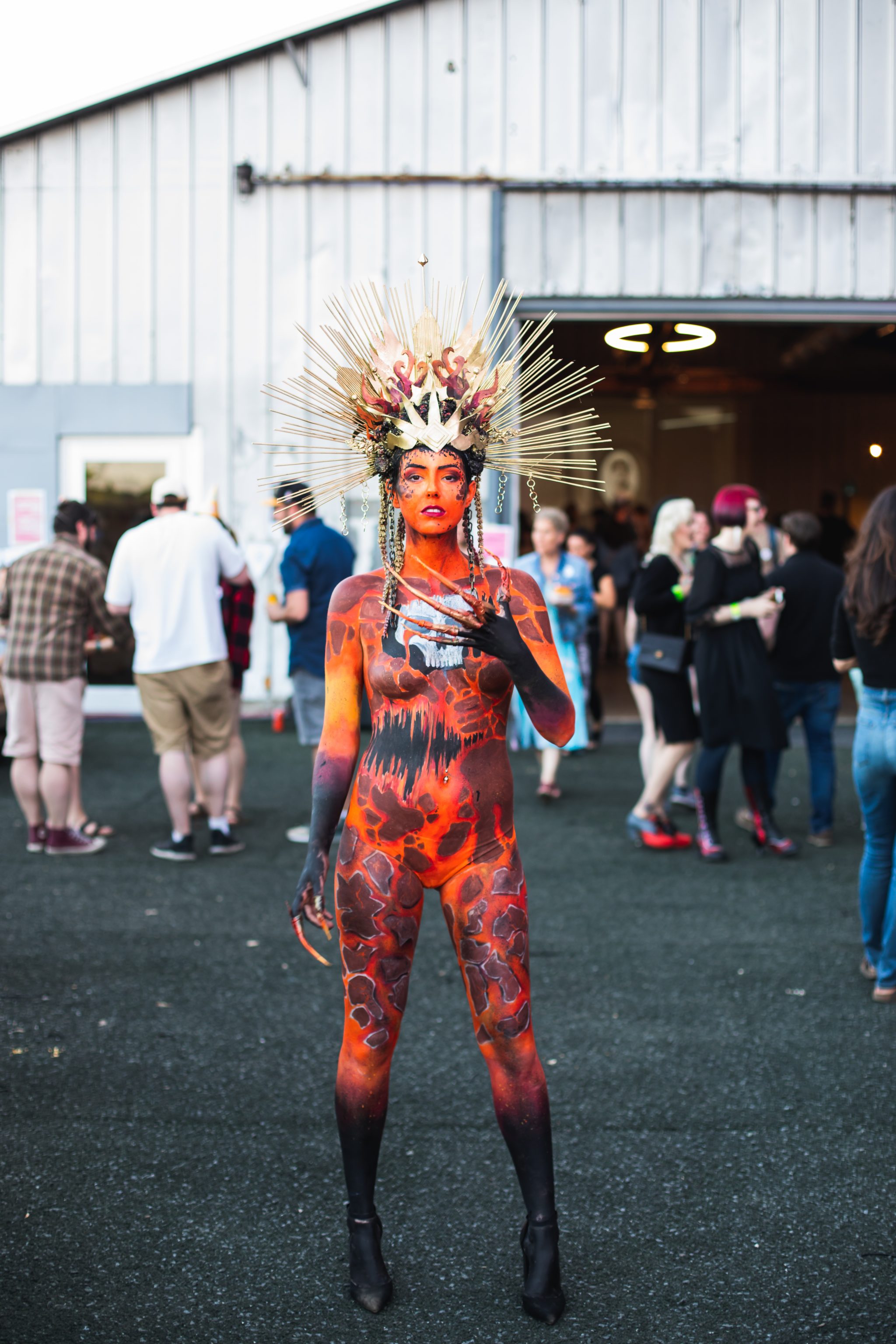 When Le was 13 years-old, his mother, Nhan Phung, brought home a special effects makeup kit which started him on a trajectory toward a love for makeup that would evolve into an all-consuming devotion.

Born to Vietnamese parents who speak little English, I asked Phung through Le, what she thought of her son’s ambitions.

“I am very supportive because it’s a great passion that he can excel at and gain success from. It’s not a bad path that involves cheating, stealing or any other negative things, but instead something that I can be proud of him doing for the rest of his life,” she replied.

At the time, not knowing anyone in the industry to reach out to, Le began watching tutorials on YouTube and practicing on himself in the mirror. He posted his work on Instagram and classmates soon started paying him to do their makeup.

Throughout high school, makeup provided a release from social and academic pressures and negative self-doubts.

“I’ll literally forget, from the moment I touch my face with a brush, I’ll forget those entire experiences … it was a good escape, it was always something I could rely on that way, when the world was getting to me. I could go back to something that was my safe spot,” he told me.

It wasn’t until later on, during a career-finding exercise in high school where it dawned on Le that he could etch out a living in makeup.

Since then, Le’s corner has been filled with support from people like his old high school hairstyling teacher, Lynn McKellar, who he called before we met for the first time, asking her for advice on what to talk about.

Lina Shamoun, owner of Artline Salon in Kitchener’s Belmont Village discovered Le at an Ontario Skills Competition. Le works part-time at Artline assisting with chores around the shop, when he’s not doing makeup for the salon’s clients.

“I see myself in Andy a lot,” Shamoun said. “He’ll get somewhere for sure. People like him don’t fall through the cracks.”

Thanks to Shamoun, Le had the chance to represent the salon at the Community Edition’s recent Steel Rails event at Lot 42 in Kitchener. Le painted model, Liv Carey, head-to-toe in a “fiery theme” reminiscent of something found at Burning Man. The full-body painting took over eight hours, with the first half done at Artline, and the rest at Steel Rails. Carey also wore a crown, home-made by Le from foam strips, thermal plastic, and skewers, all coated in gold spray paint.

The full-body makeup experience is Le’s favourite, allowing him free, creative reign. “I like seeing art move, and I like seeing art come to life … you can literally transform someone into an entirely different person,” he said.

With daunting aspirations for the big screen, Le sees himself working in Hollywood, and later in life, starting a makeup school or studio and teaching a master class.

“I think I always dream really big, and I kind of want to win an Oscar, maybe,” he said, laughing.

He’s been accepted into the Vancouver Film School and hopes to attend next Spring. But it’s a step that hinges on an intimidating jaw surgery this fall, followed by six-months of recovery.

The journey to the promise land of boundless sunshine and opportunity is a long one; easily cut short by a cocky attitude or naiveté. If Le’s humble attitude after so much praise are any indication, there’s plenty of potential lying in wait down the road of long years ahead, and who knows, perhaps even an Oscar.