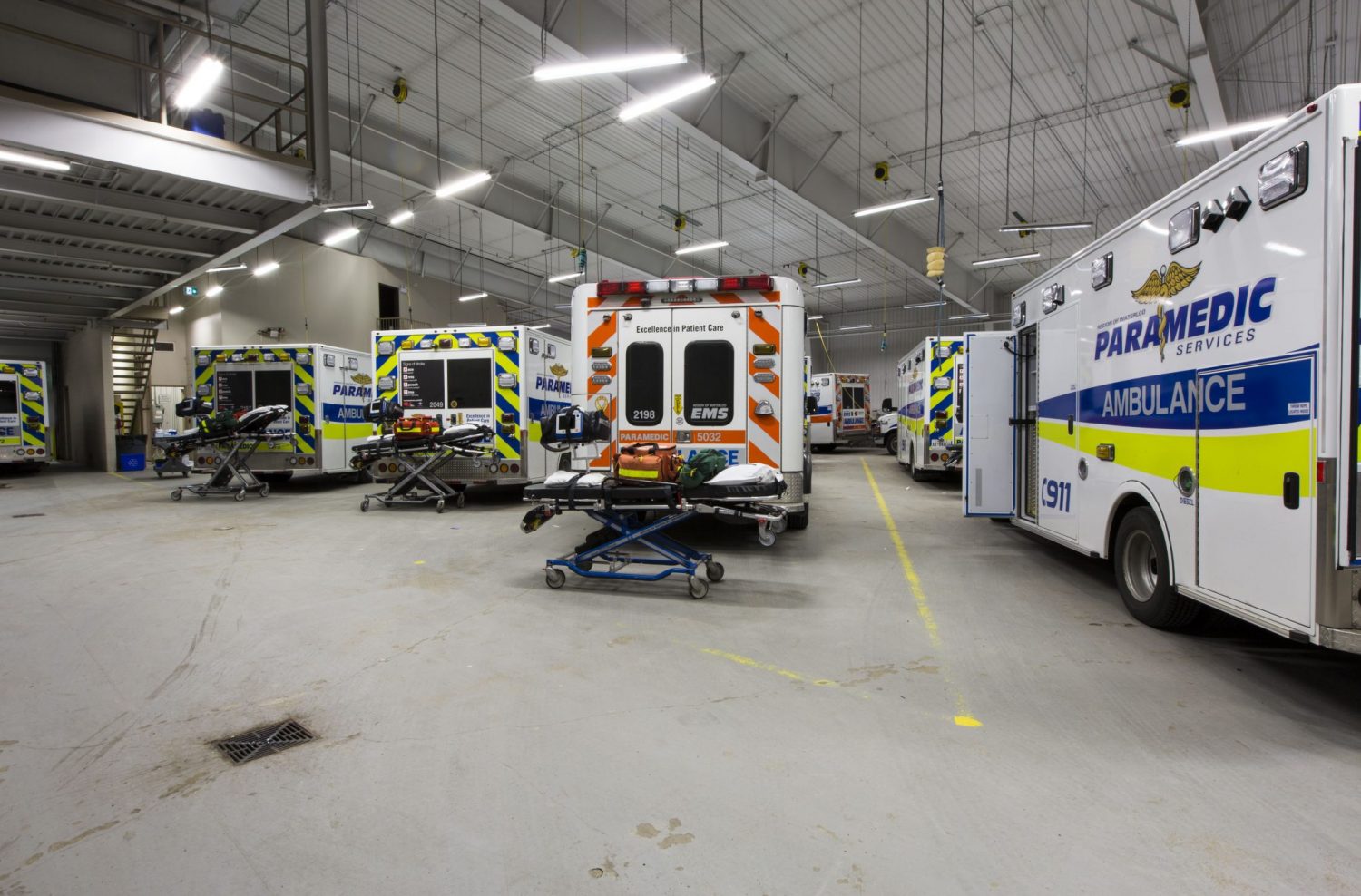 Paramedics in WR Will Soon Administer Ketamine and Fentanyl

Fading from memory, the hero ambulance drivers featured in the 1970’s TV-show Emergency, have been replaced by health-care professionals with an ever-evolving scope of practise. Coming this year, more powerful and effective drugs will allow advanced care paramedics to further remedy the ills of the sick before reaching a hospital.

After recommendations from the Ontario Base Hospital Group’s medical advisory committee, the Ministry of Health approved the use of fentanyl and ketamine for paramedic use last year. The group of eight “base hospitals” spread across the province serves as the regulatory body for most of Ontario’s 8,000 paramedics, and also advises the ministry.

While both drugs are optional for emergency medical services, deputy chief Rob Crossan of Region of Waterloo Paramedic Services confirmed in a phone interview, that the service is “fully supportive and recognizes the need” for adding both fentanyl and ketamine to the vast repertoire of advanced care drugs available to local paramedics.

Relentless media coverage has tainted fentanyl as the notorious killer responsible for overdose problems facing the Region. While uncontrolled use of the drug — up to 100-times more potent than morphine in amounts as small as a microgram — has lead to catastrophic problems, fentanyl has been used to treat pain in the hospital setting for decades.

Dr. Michelle Welsford, an emergency physician and the medical director at the Hamilton Health Sciences Centre for Paramedic Education and Research, said the use of the powerful, short-acting opioid by paramedics is restricted to “just a few doses for severe pain following a serious injury.”

In such cases, she says the risk for addiction often associated with opioids is “exceedingly low.”

Around eight years ago, fentanyl was taken away from paramedics in a decision based on medical research showing that, for pain treatment, it was on par with morphine — a drug paramedics already had.

Now the pendulum of research has swung back in favour of fentanyl, bringing about a welcome return for paramedics.

“The use of fentanyl has been shown to have a shorter onset of pain relief and in a recent study was shown to have fewer side effects compared to morphine,” Crossan said in an email.

Fentanyl will be available to local paramedics by the end of this month, according to Crossan, who also worked as an advanced care paramedic for 15 years before moving into his position as deputy chief. He said if given the option between administering morphine or fentanyl, he’d opt for the latter, nine out of ten times.

Ketamine gained a reputation as a party drug during the late ‘70s and moved up in popularity throughout the next several decades. Its origins in veterinary medicine as a tranquillizer evolved after testing on humans and its approval for medical use by the United States Food and Drug Administration in 1970.

Abused for its dissociative effects, the drug prevents the brain from properly interpreting stimuli from surroundings and gives users a feeling of being disconnected from their body and understanding of self.

Out of the party scene and into the hospital setting, ketamine is used occasionally as an anesthetic in minor surgical procedures for its benefits of sedation, pain relief and short-term memory loss.

New for paramedics, the local rollout of ketamine has been prolonged as the service considers how to store the large vials it comes in, though Crossan is confident it will happen this year, and potentially as soon as the summertime.

Ketamine can be given by paramedics after receiving the go-ahead from a physician and only for patients who are combative — mainly those presenting with signs of excited delirium.

Excited delirium is a life-threatening condition thought to result from an extreme overabundance in the brain of the “feel good” neurotransmitter/hormone: dopamine. The condition accelerates the body’s metabolic rate and starts a chain-reaction, which can lead to death if not stopped. But treating a patient becomes impossible if the back of an ambulance turns into a boxing ring.

Crossan said the Region has been seeing “way more [episodes of excited delirium] than we saw five or six years ago.”

It’s a trend he attributes to an apparent rise in crystal meth and cocaine use in the Region, resulting from users trying to avoid other drugs.

Jeff Bilyk, an advanced care paramedic and media relations for the Waterloo Region Association of Professional Paramedics, said he’s looking forward to having a “stronger” and “more reliable” sedative as an answer to excited delirium. Region paramedics only have a drug called midazolam, which takes longer to have an effect, at times requiring multiple doses and several injections to do the job.

“Fighting and struggling with a patient on the way to a hospital is not doing the job of a paramedic, which is to treat the underlying issue,” Bilyk said.

Luke McCann is the president of CUPE 5191, the union that represents local paramedics. Also an advanced care paramedic, McCann said patients in a state of excited delirium are often unpredictable, unaware of their actions, unable to feel pain and possess “super human strength.” All of which expose first responders to harm, and prevent paramedics from providing help.

Police play an essential role in assisting paramedics by physically restraining a combative patient until a sedative can be administered.

But McCann voiced concern about police understaffing. “We hope police come, but the common response is nobody is available,” he said.

If approved by Regional Council, this year’s police operating budget would allow the hiring of 47 new officers to address understaffing issues.

Giving insight into how much local paramedics could be using ketamine, Crossan said the Region averages 30 midazolam administrations a month, with about half due to behavioural issues like excited delirium.

Both fentanyl and ketamine are used by paramedics with varying education and restrictions in the United States and Australia, with the latter surpassing Ontario’s scope, allowing the widest range of use with the least restrictions.