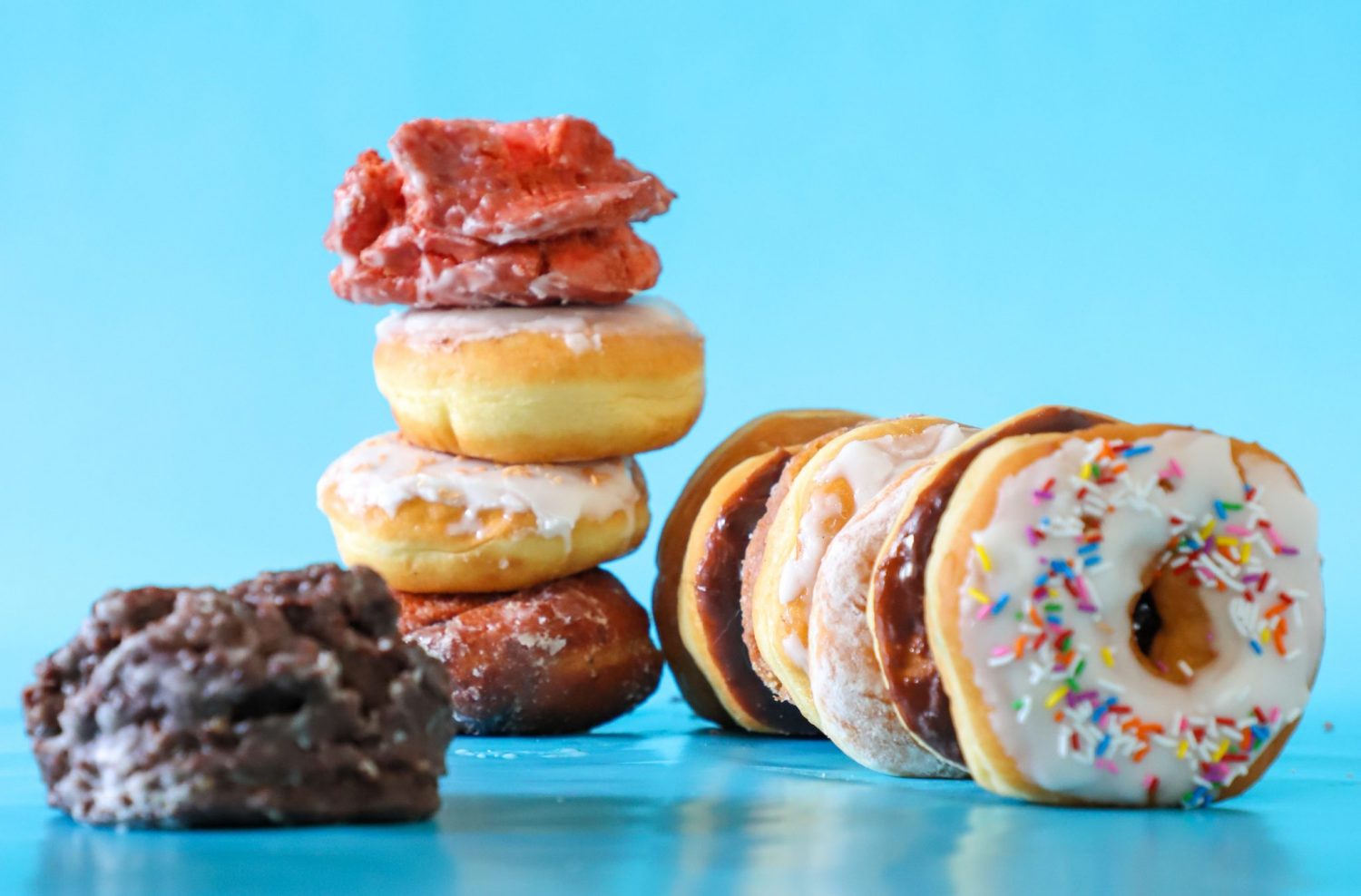 Sweet and Wholesome: The Best Donut in Waterloo Region

Donuts are a perfect food. They can be sweet or savoury, filled or topped, plain or extravagant, small or large. I like the types of food where the name doesn’t necessarily dictate what you’re going to get. When I say “hotdog,” you have a very clear expectation, but with “donut” the expectations are endless, especially when baked in-house with the possibility of rotating flavours.

Donuts can take many shapes and forms. They can taste different from their sisters. They can be breakfast, dessert or a meal themselves! Even the spelling of their name is mysterious! Is it donut or doughnut? Who even knows? Who even cares!

Since my love for donuts is so widely known, friends were always giving me recommendations as to who was making the best. I decided to go on a quest for the best donuts in Waterloo Region and invited some friends along for the ride.

Here is a small preview of a few of the donut options in Waterloo Region. We weren’t able to go to every stop and we know there are some other gems. Did we miss your go-to donut shop? Let us know on the internet.

On the overly gentrified and commercial strip that is Hespeler Road in Cambridge — the Las Vegas of Waterloo Region, I’ve heard it called — sits Red Eye Cafe and Donuts. This family-owned bakery feels out of place among corporate American chains, and yet, is a breath of fresh air that community still exists in such a conformed area. Red Eye’s donut toppings are wildly creative, but for the most part, the actual donut base rarely changes. It is versatile, however. With toppings like maple bacon, Oreo, birthday cake and Kit Kat, these donuts not only make for a great Instagram pic, but they taste great too!

Located in downtown Galt, Unity Baking has a wide range of vegan, dairy-free, low carb, paleo, refined sugar-free and gluten-free brownies, cookies, bars, cupcakes, cakes and desserts. Although they specialize in custom ordered cakes (they say there is no creative challenge they won’t take), the highlight is their incredible unicorn donut which even includes a unicorn horn! They continually create surprising and unique versions of sweets and have the cutest little shop.

My love for Debrodniks has taken me to a few different spots in KW over the years. From the original Debrodniks Deli and Bakery near King and University, to the pop up on Borden Ave, to a few times at Veritas Cafe on Laurier’s campus (where word spread quickly when a new delivery arrived), and now to the Forest Glen Plaza.

Open the door to Debrodniks Donuts and you’re greeted with rainbow sprinkle wallpaper and of course racks of just as fun donuts where you can now box your own.

Made fresh every day, Debrodniks is known for creative flavours and fun colours. They are only open until they sell out ­— and they always sell out — so I recommend visiting in the morning. Debrodniks posts their monthly menu on Facebook so you can prepare your choices before you visit — although picking just one or two isn’t an easy feat. But hey, there are no bad choices when it comes to donuts.

It’s no secret that the donut is one of my top favourite foods, so when I announced that I was on a quest to find the best, my friends from my hometown of Galt were shocked to find I hadn’t been to Malasada World. The next time I was on my home turf, I made sure to visit this small Portuguese deli and bakery, where you could get two of my favourite things: bifana on a bun and filled donuts.

In a very odd coincidence, my first time at Malasada World was also their last day open. I was told there was an illness in the family, and the folks at Malasada were closing their doors for a while, and putting themselves first. I held my bag of donuts like a treasure as I walked out, knowing these donuts were now a rarity. My favourite was the chocolate hazelnut; it was a doughy powdered pocket, filled to the brim — dare I say, almost too filled — with a Nutella-like filling. It was so rich and messy, yet tasted so authentic and indulgent.

Nowadays, you can get almost any kind of donut imaginable — vegan, gluten free, even wrapped in gold foil, but when it comes down to it, sometimes you just want cheap and cheerful, and that’s exactly what you get from Donuts and Deli in the heart of the ‘bustling metropolis’ of Elmira. A mere 10 minute drive from uptown Waterloo, you’ll want to go for the donuts, and stay for the Chicken Salad on white. My favourite? Cherry Crunch.

Princess Cafe is hands down my favourite casual eatery in uptown Waterloo. The only thing they were missing among their perfect menu of paninis, homemade iced tea and baked goods, were donuts. A recent partnership with Merit Badge Doughnuts in Guelph, however, has caused the heavens to open up. Now, every Friday Princess will have vegan, organic donuts from our neighbours in Guelph. I went with my publisher, Lakyn, a few weeks ago; I ordered the Lemon Lavender Shortbread, while Lakyn had a Blueberry Lemon Fritter. This is the kind of donut you make sound effects to as you take another bite. They’re so moist and flavourful, Taylor, a lovely employee behind the counter, had to tell us to keep it down.