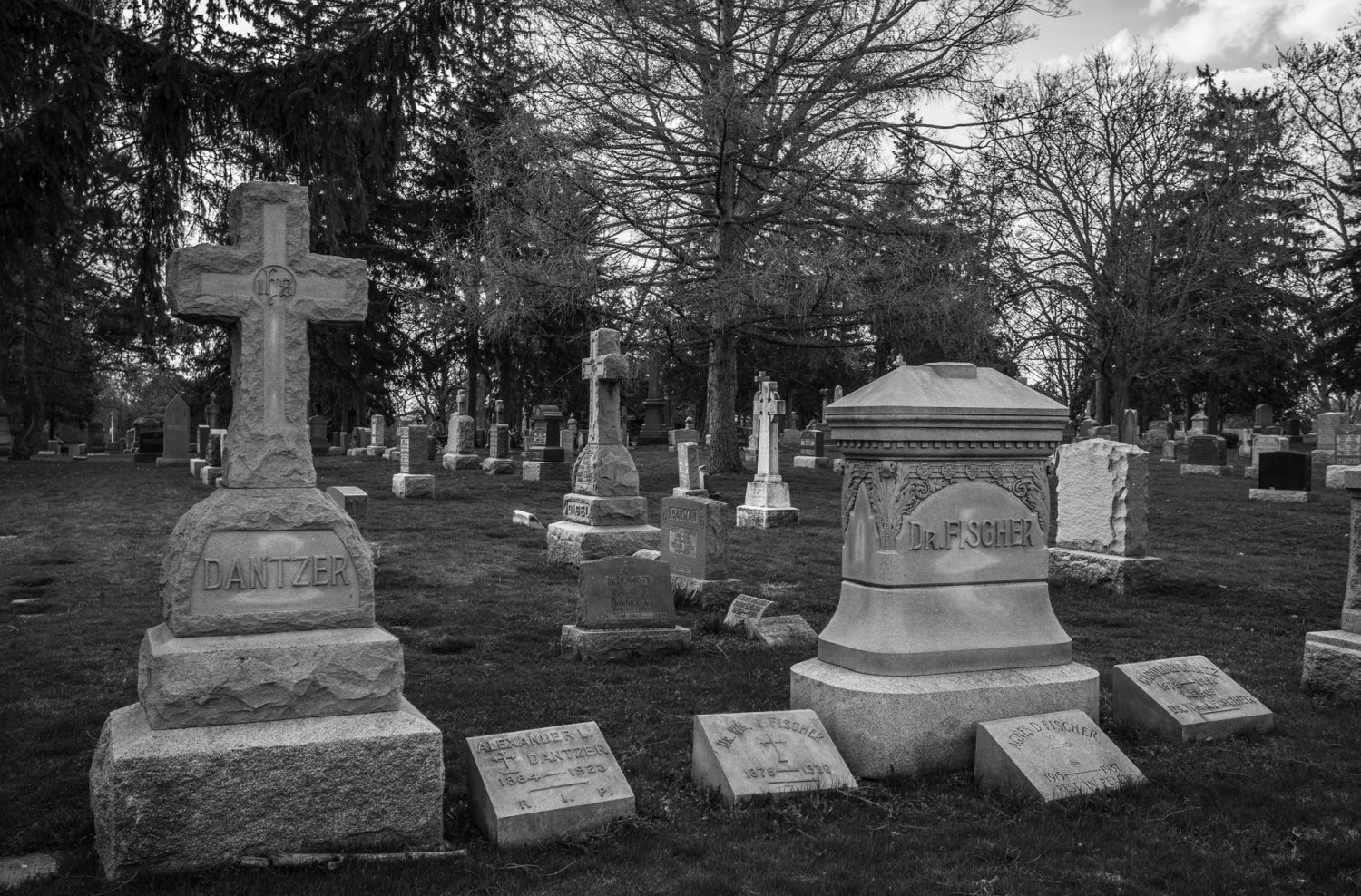 Despite the seeming wealth of burial options in North America, the image of memorialization has remained populated with cemetery plots, polished caskets, and large marble headstone markers. Yet as climate change continues to be at the forefront of social consciousness, there is a growing interest in more environmentally ethical funerals – commonly known as green burials.

A traditional burial has the potential to wreak havoc on the environment around it. Treated wood in coffins, material for cushions, items placed within the casket, clothing and embalming chemicals will all be broken down and absorbed into the Earth.  Cremation is up for debate, as the process uses considerable amounts of energy and releases materials into the air. Then there is the issue of filling finite spaces with human remains, be it in the ground or in constructs such as columbariums. Green burials offer an alternative to interested individuals, while still allowing the dead a corner of the world.

Two Kitchener cemeteries, Williamsburg and Woodside, have had greener options available for years. Both offer a form of ossuary – traditionally, a container of some kind for skeletal remains. In this modern iteration, the cremated remains are deposited into an underground chamber located below a replica putting green. Williamsburg alone offers its Scattering Garden, in which cremated remains are scattered and then covered with bark chips. Both cemeteries offer Sanctuary Woods, which has cremation lots and trees to be planted as a living memorial.

These processes reduce the carbon footprint of any individual, the physical effects of burial practices on the immediate surroundings, and the space needed.

“You can take it as far as you want with green burial,” said Glenna Huff of Waterloo Cemetery Services at Parkview.

Huff says that both the funeral homes and the cemeteries would be involved in the process, with the homes looking to such aspects as “plain and simple” caskets, down to ensuring that the clothes worn are all natural and biodegradable. It is against the law to open a casket once it has been shut, so the homes and cemeteries have to be in constant communication in order to ensure that all instances are abiding by the law.

“For our end of it, we still have to bury the same way. We can’t be having staff hand dig… But afterwards, we can still do a lot for the natural area,” Huff said.

Though many similarities exist between Kitchener and Waterloo, green burial options are not on that list. But, according to Huff, they are on the way.

“The by-law [in Waterloo] hasn’t been written yet,” she said, adding that the date for the completion of that law should be sometime soon. In recent years, the pressure from the community for more responsible forms of burial has sent the city into lawmaking mode. Parkview Cemetery has already been working on an expansion of its grounds to accommodate for, among other things, green burial options. It is set to open this coming fall.

Huff has a few ideas about why it has taken this long for Waterloo to get on board with green burials. She says it is the uncomfortable one; we don’t talk about it death and burial plans, so many are unware that options other than the tradition one exist. Parkview offers 20 options for cremation alone.

Judging by the existing laws in Kitchener, Parkview will most likely be modelled similarly to Williamsburg and Woodside with the planting of trees and shrubberies as well as another version of Sanctuary Woods.  It is an eerily soothing thought, to have three forests of the dead in our community.

Huff suggests that green burials are part of a bigger cultural movement, involving death cafes and end of life care.

Still, the call of traditional burial is quite strong. For now, we need spaces, plaques, names — some spot in the world that will remain dedicated to those who are gone. As Huff walks me through a slightly chilly rain, showing me some of the grounds in the existing cemetery, she gestures to the monument erected in dedication of those who donated their bodies to the University of Waterloo anatomy lab. Behind this, she points excitedly.

“That’s my plot!  Right by the bench,” she laughs, as if tacitly acknowledging that it may be a slightly odd thing about which to get excited. I can’t blame her, though. Even as green burials become more and more popular, that quiet spot under the shade of trees will still be a nice place to sit.