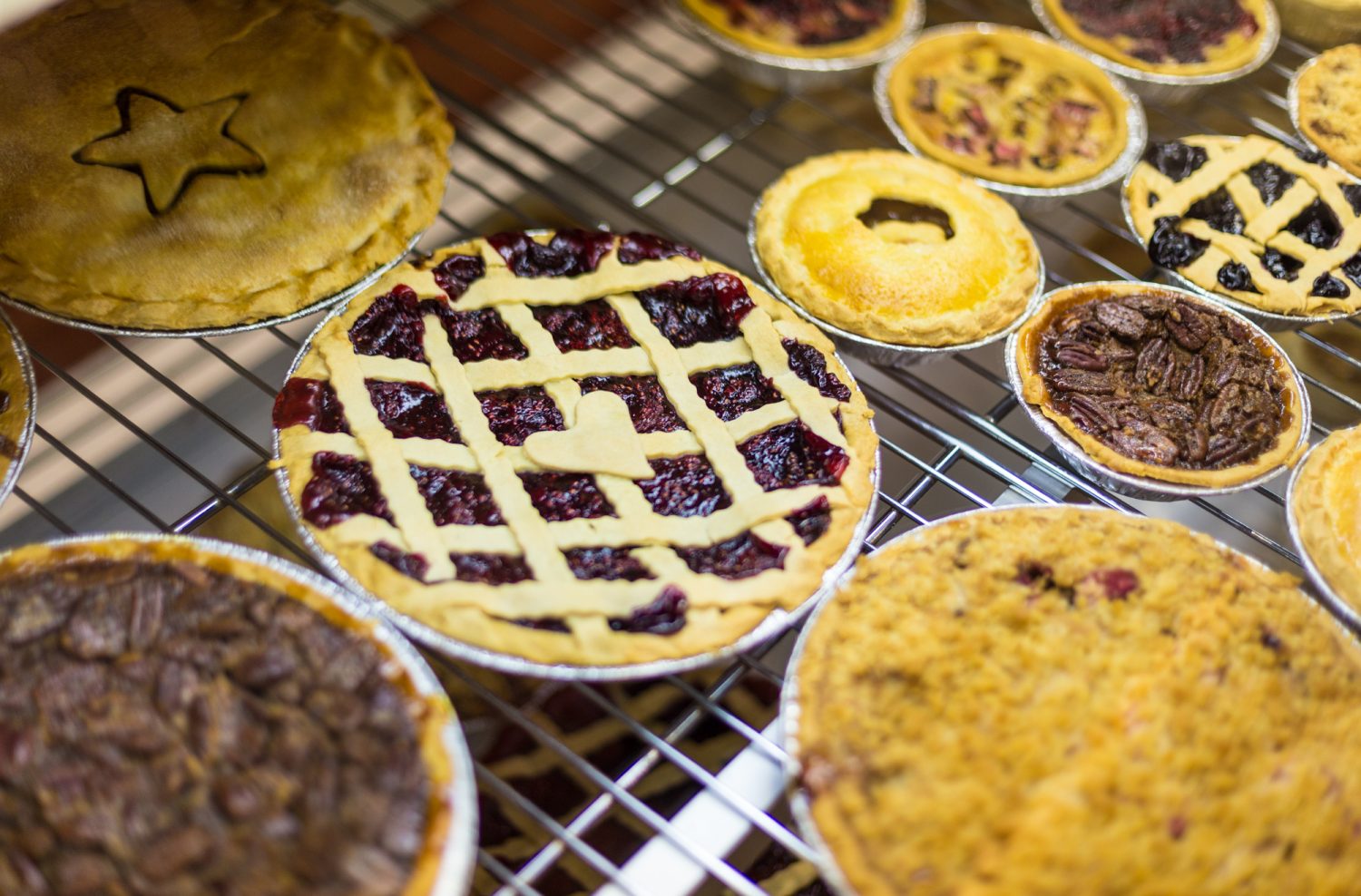 Trip To Shakespeare Pies Worth The Dough

When it comes to pie, nothing beats that one special recipe passed down from generation to generation. For me, it’s grandma’s apple pie, so skillfully made in her absence by my mother. Sitting down to this pie, the hungry dessert seeker encounters whole apple slices surrounded by a light fluffy crust that is somehow still doughy on the inside.
But it’s the 21st century, and few of us have the time or the skill to pinch and fill crust like grandma. 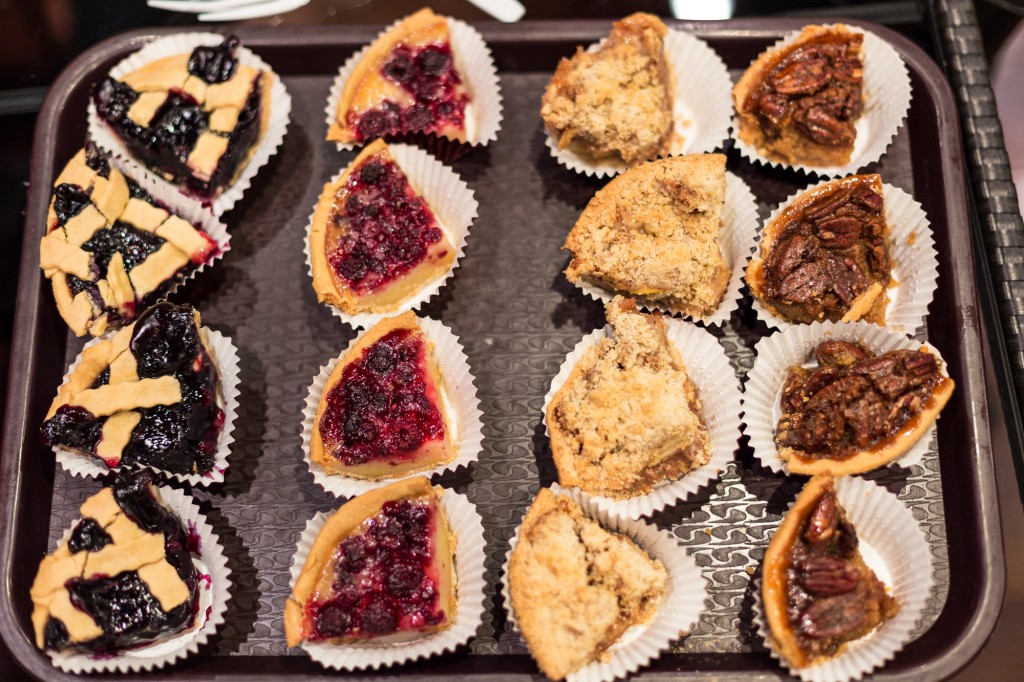 So when you want a pie that tastes like you stole it, still-hot, off a window-sill, a good place to look is Shakespeare Pies. The shop, and its founder Susie Wagler, has roots in the small town of Shakespeare, about 25 minutes due west of Kitchener-Waterloo. Wagler started baking pies for a family garage sale, which grew into a pie-stand, and then, with the health inspector’s encouragement, the original Shakespeare Pies bakery and shop. That shop opened its doors almost exactly ten years before the new uptown location opened in December.
Shakespeare Pies sells a wide variety of meat and fruit pies as well as other local grocery goods. I was fortunate to try a sampling with some of the Community Edition crew. Given the company, this meant the steak and kidney pie was pretty much all mine.

After thinking long and hard, I could think of no complaints. While store bought meat pies are often too salty for my tastes, Shakespeare Pie’s offering was well seasoned without requiring me to reach for my water glass. Across the street from Sun Life Financial on Park Street in Waterloo, it’s likely to become the lunch destination for employees wishing to take a break from Paul in accounting’s emails.
Owner Ken Plett shared about the stores offerings and where they procure their ingredients. “We try to follow the fruit when we can,” he said. Fruit pies are made from local ingredients as they come into season. For example, strawberry pies are a best seller as summer weather rolls into southern Ontario. They also happen to be Plett’s favourite. Raspberry custard is the year round best seller at Shakespeare Pies, and after two pieces, it was easy to tell why—each bite is a nice balance of tart and sweet.
All the usual suspects are present in the display by the cash register, from cherry to pecan to wild blueberry. We surprised Wagler, Plett’s mother-in-law, with a call asking for her favourite. After some debate, and considerable suspense: bumbleberry. 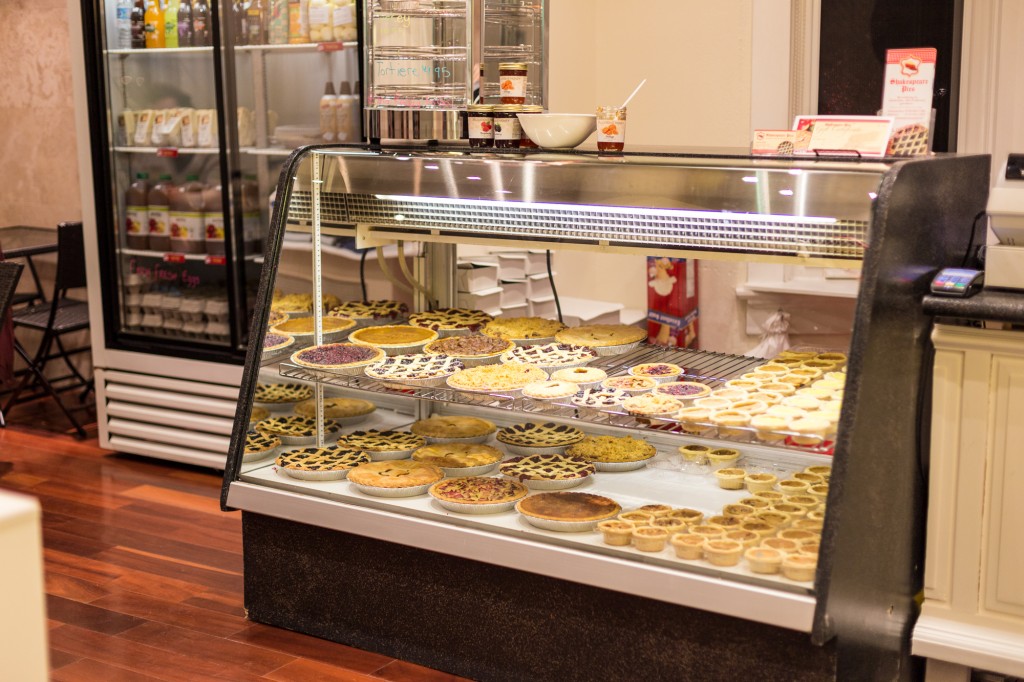