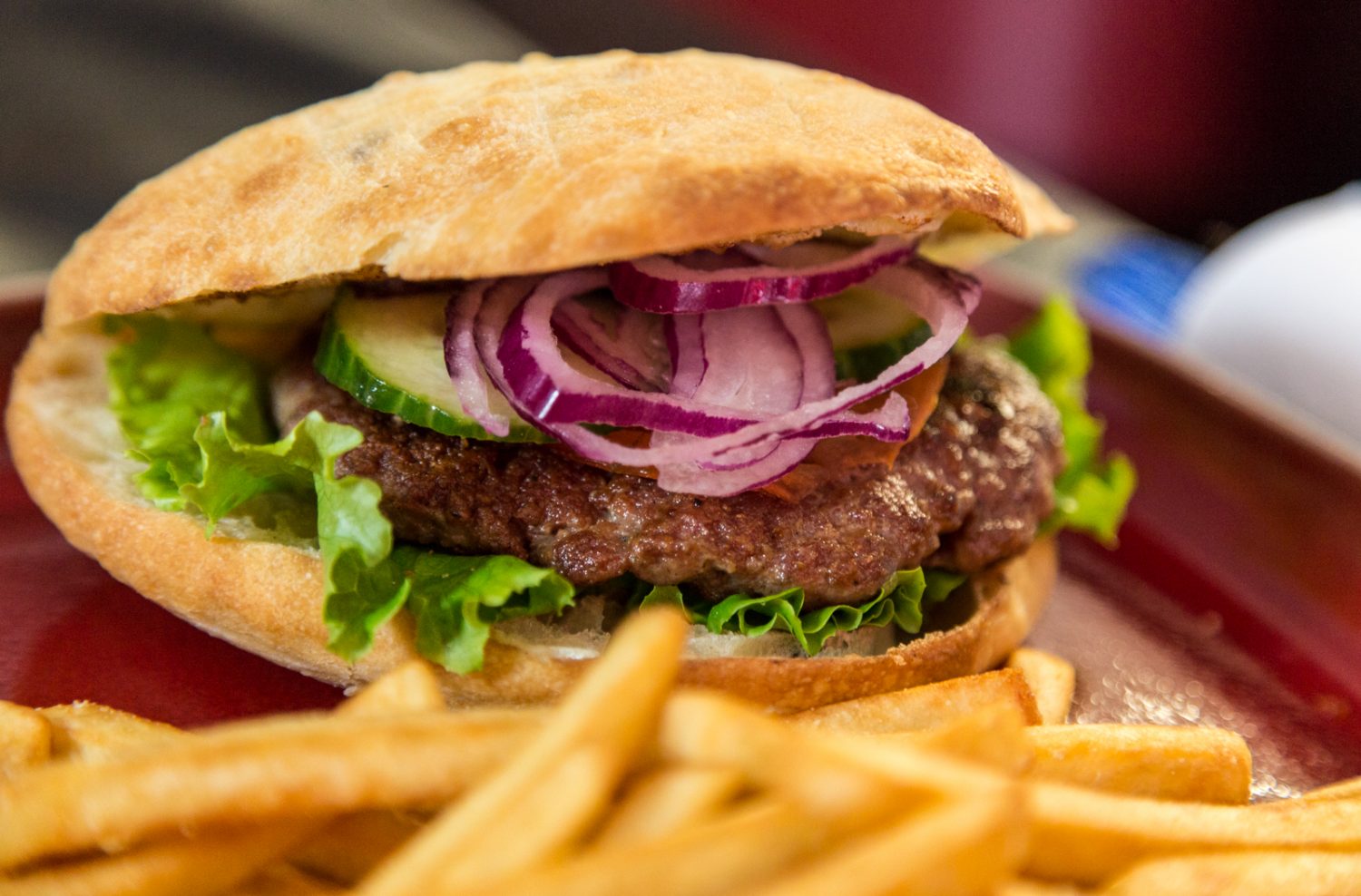 Amidst advertisements for a variety of meats, cheeses and other delicacies on the windows at Jasna’s European Meat & Deli, this bold claim caught my attention.

When I think hamburger, I think America. I think excess. I think cheddar cheese melting over ground beef, the way Uncle Sam intended.

So, when the little European grocery store on the corner of Benton and Courtland Streets lays claim to the best burger in town, consider me skeptical. Didn’t hamburger win the Second World War?

As if I had any other choice, I saddled up with two associates and we stormed the small café in the back for lunch. I ordered the hamburger, which, as the menu explains, is actually a pljeskaica. Those less-than-fluent in Serbian will probably have as much difficulty pronouncing pljeskaica as I did. Our waiter generously and politely smiled as I struggled through the word, probably saying something embarrassing or offensive instead of hamburger. 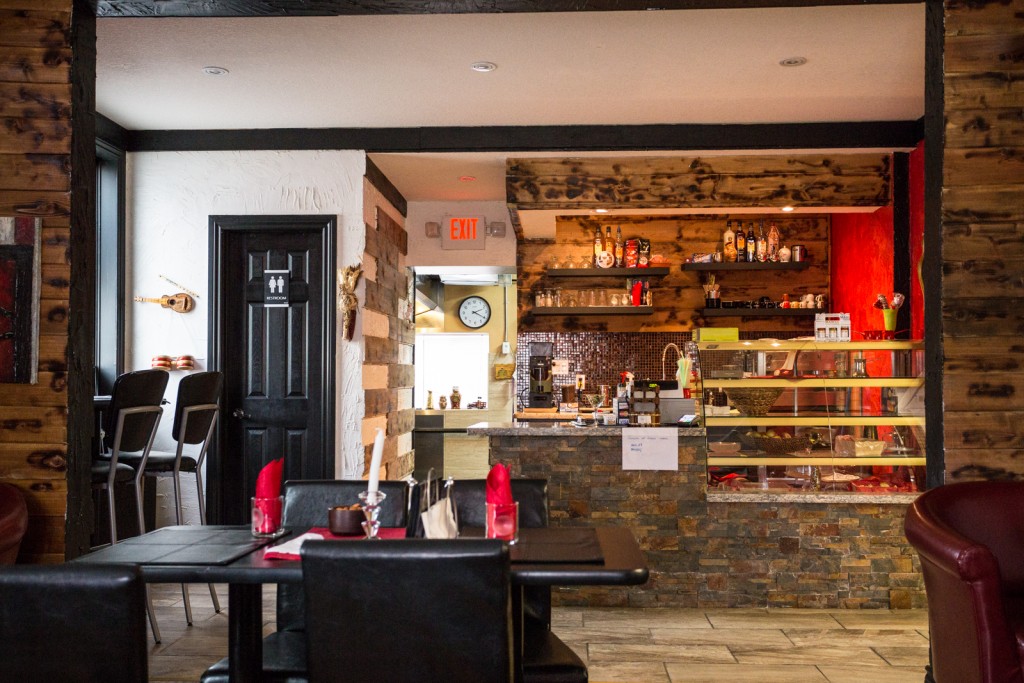 So, the ‘burger’ is awesome. Is it the best hamburger in town? I can’t say, because I haven’t tried them all, yet–please send me to try them all Jesse!–but this one is delicious.

“It’s an old recipe”, says owner Miodrag Maslenjak. “When you prepare it you use the shoulder,” referring to the cut of the animal, which is actually a few animals: the patty is a mixture of beef and lamb.

This pljeskaica is not an American style burger. It’s richer, and the spices are closer to what you might find in a shawarma or kabob. You can buy the patties at Jasna’s grocery store and cook them at home, but what really makes this burger great is the bun, made in house, called lepina.

If a panini had sex with a pita and made a delicious, beautiful, light yet doughy baby, you would call that dough-baby lepina.

So maybe you don’t need the wine making supplies that Jasna’s sells. You might not be able to read the food labels on the specialty fare imported from different eastern European countries. Maybe you will find something that reminds you of dinner at grandma’s. 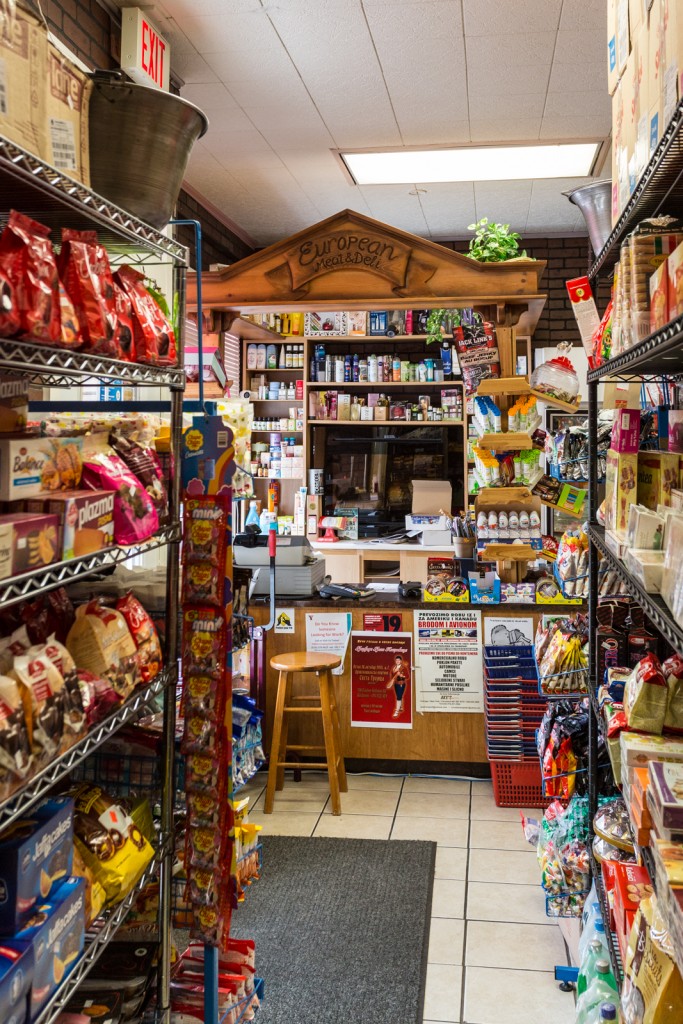 You should still peruse the store’s offerings–you never know what might appeal to you. I took home some canned cod livers, which are delicious when spread on toast, much to the dismay of whomever I am eating with. And yes, you should try the pljeskaica, and you should buy some lepinas, and get to know the fine folks who run the place.