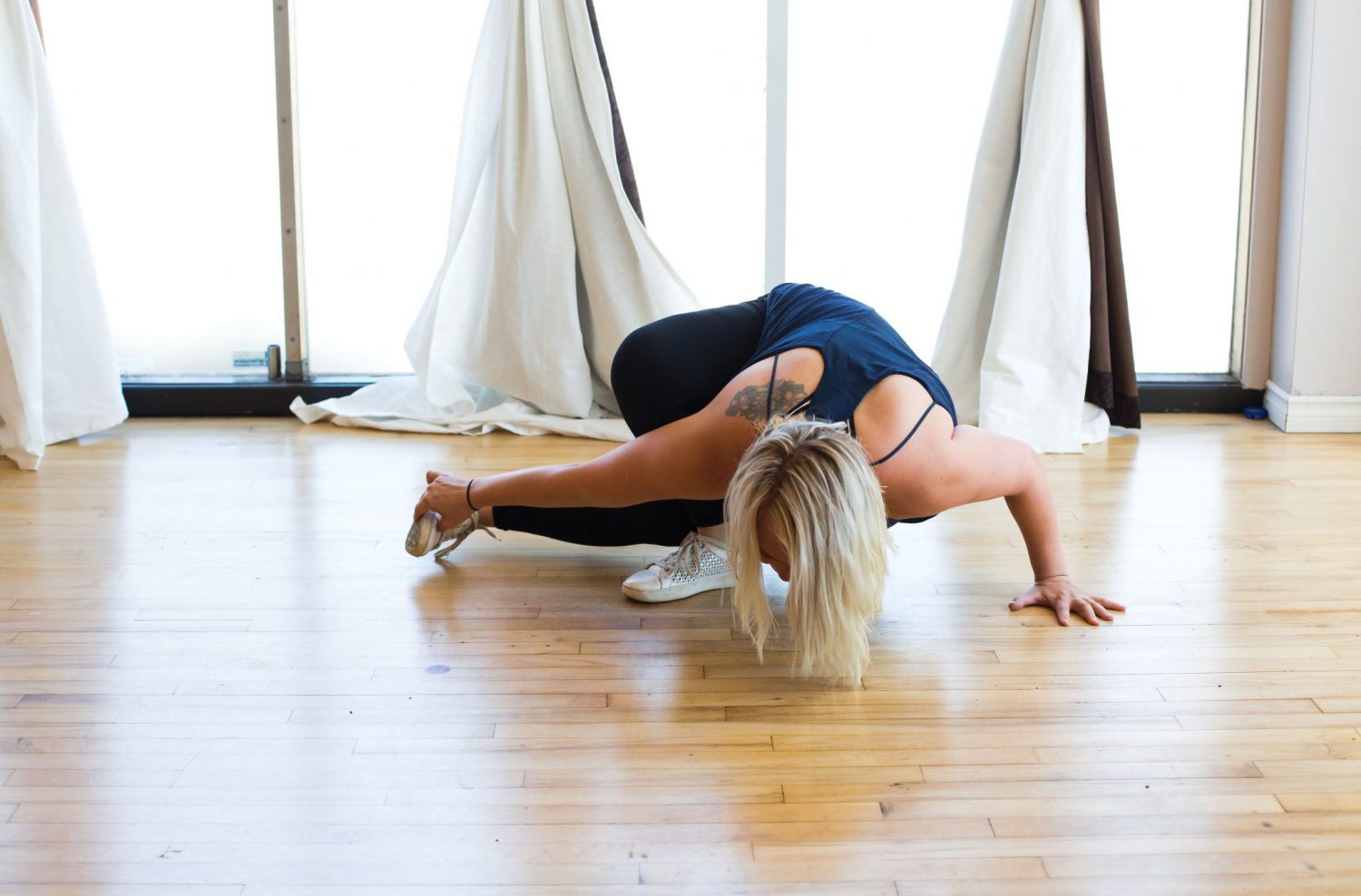 When Jade Billo opened her downtown Kitchener yoga studio Big Bliss in 2016, she was the embodiment of hustle.

Born and raised downtown Kitchener, Billo has lived in the area ever since, apart from a year and a half spent in Montreal. 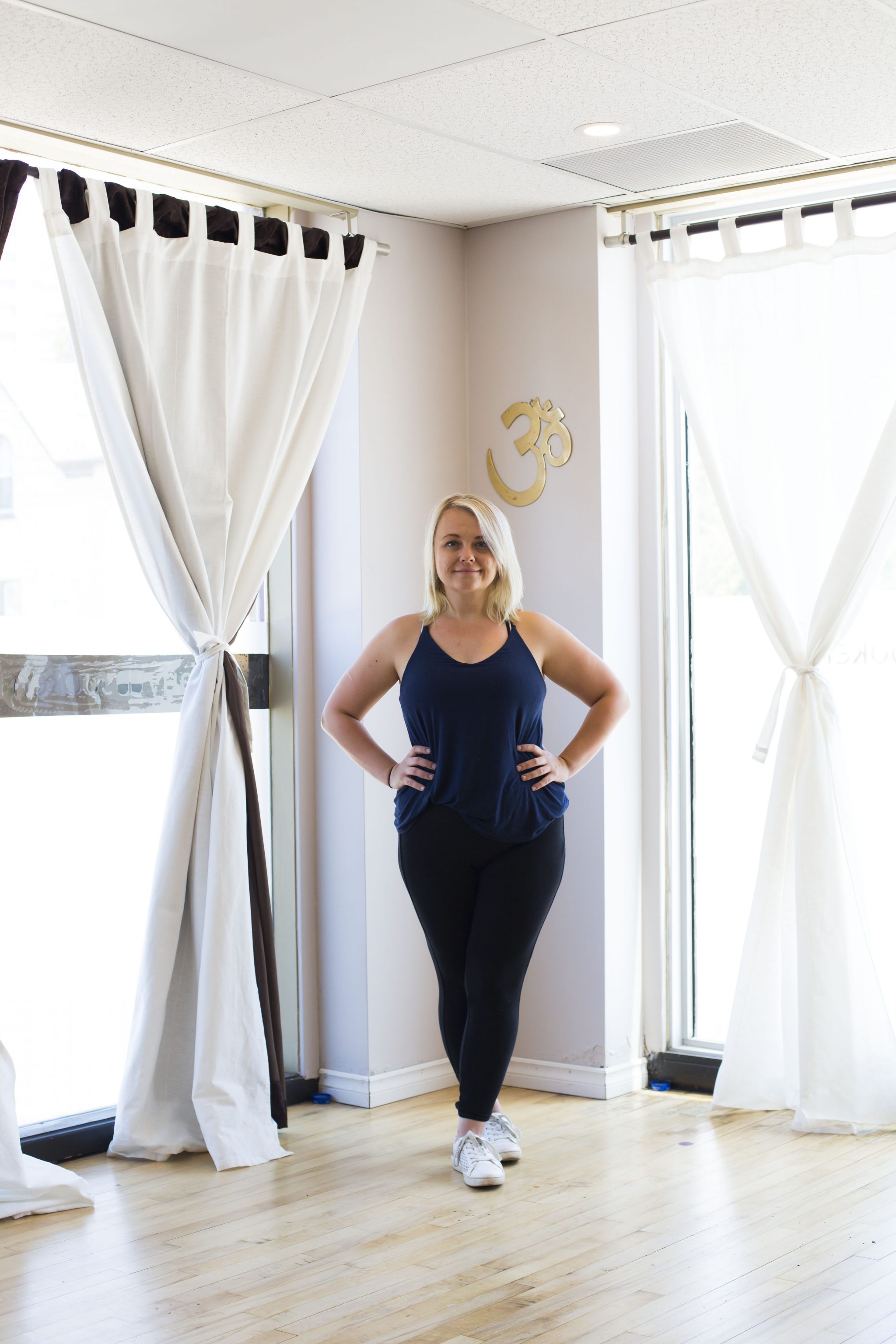 In 2014, the company that Billo was working for as a data conversion programmer got bought out, her role changed, and she started working from home.

“I was convinced I was going to get laid off,” she said. “I felt useless.”

At the same time, she was beginning to get the sense that downtown Kitchener was about to take off.

“I had to be a part of it,” she said. “Because me and my husband grew up here, I was so excited for it.”

In 2012, Billo earned her Zumba certification and began teaching classes at GoodLife. It was her first side hustle and she was hooked.

Not long after this, she began to develop knee problems from the high impact nature of her Zumba classes. So she turned to Yoga as another option to stay active, eventually becoming a certified Yoga instructor

In 2016, the possibility of renting her own space downtown Kitchener presented itself. But after several options fell through she began to get discouraged. So she took a job interview with another tech company, not really knowing where her future was headed. She bombed the interview. This gave her the motivation to give her dream one more shot.

Then she found a space at Zion United Church on Weber Street. In the church there was a gymnasium that offered a more affordable real estate option than most other options she had looked at to that point. This came with more than its fair share of quirks.

“The floor was old shuffleboard tiles that were yellow and scraping off in spots, there were bats in the space — it was bad,” she said. “Think of a school from the 1950s and imagine that someone closed the doors on it back then and didn’t open them until now. That’s what it was like.”

After much hard work preparing the space, Big Bliss officially opened its doors on August 29, 2016. The first few months were quite slow. But by the end of its first year, the studio had nearly 40 members.

On June 24, 2017, Billo’s birthday, she heard a rumour that her landlord at Zion United Church wanted to sell the building. At the time she had been ready to invest significant money into the place in order to introduce hot yoga.

After months of searching, Billo finally found a new space for Big Bliss on Duke Street in November 2017.

She and her husband got keys to the place on Dec. 4, but it was supposed to take 21 days to get permits with  city staff going on holidays for last two weeks of December.

“I wrote [the city] this really sad letter and asked them to please, please have it done before they went on vacation.”

And on the Dec. 12, they got their approval and the last two weeks of December were a complete blur as two walls came down, a new wall went up, everything was painted.

“We were slated to open Jan. 2,” she said. “That first class that we did, the night before there was garbage everywhere. Some of our regulars came and I felt really bad for them because they got drywall dust on them.”

But a bit of drywall dust was not going to keep people away.

“We doubled our membership in the first two months of being in the new space,” Billo said.

Big Bliss continues to grow. Currently there are around 140 members, though Billo dreams of one day reaching 500 members and opening a second location. What was once her side hustle has now become her full hustle.

“I’m so excited to just focus on Big Bliss,” she said. “I hated being half-assed in two different things.”