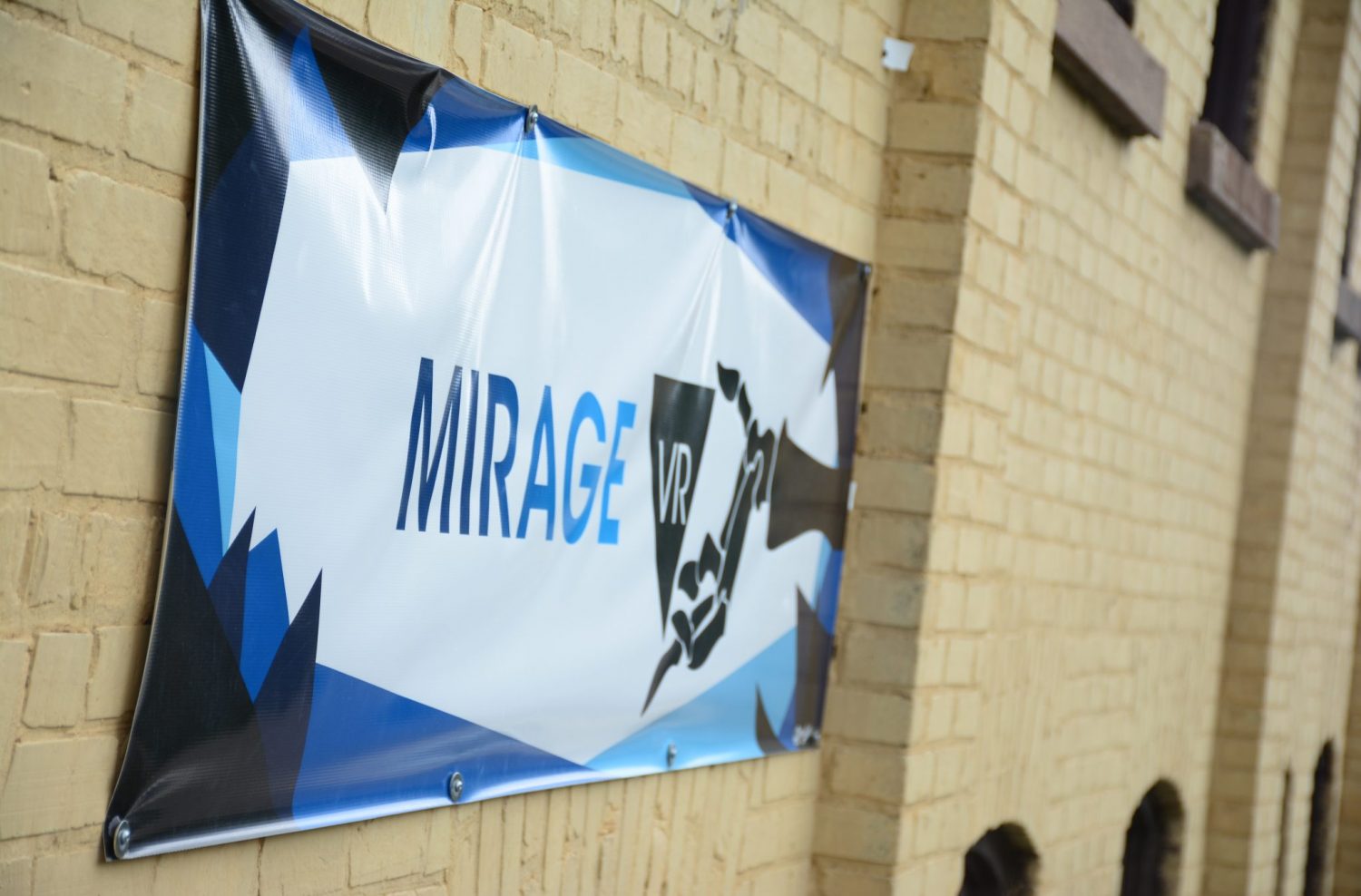 Attention gamers! Growing tired of the same old videogames? Are you ready to have your lucky unwashed gamers socks blown right off your feet? For the past seven months, Mirage VR has housed and pioneered a virtual reality experience that is the first of its kind in North America. This “hyper-reality” platform allows players to maintain complete autonomy when immersed in Mirage VR’s team oriented virtual reality world. There are no wires tying you down, all missions are free-roaming, and there are a multitude of ways to slaughter your enemies! In the distance, Mario and Luigi are running for the 64-bit hills …

Aside from the potential demise of the Mario Brothers, the impact of Mirage VR on our community transcends local gamer culture. Social and family gatherings as well as work-related employee team building have become attractive and successful business components of the Mirage VR experience. But this was after a change in Mirage VR’s business plan.

Initially, when the co-founders were still in university at Laurier and University of Waterloo, companies hired Mirage VR for events and trade-shows.

“We were kind of like the wow-factor,” said Mirage VR regional manager Sanket Patil. “It was fun, traveling around and stuff, but it wasn’t a sustainable business model.”

After witnessing the potential of their product, and with early support from Velocity as well as further mentoring and sales guidance from Communitech, Mirage VR opened its initial location in October 2017 at the former factory building on 283 Duke St. West.

Soon enough, other tech companies in the area took notice. To this day, there continues to be avid interest and support from these companies as they encourage team-building events for their employees in this unique virtual reality, or “hyper-reality” environment, as Mirage VR calls it.

This “hyper-reality” stems from the increased level of immersion engaging the players, according to Patil, as there are certain roadblocks in normal VR: participants are isolated and play alone, they can’t walk around, and they can potentially trip on tethered wires that they are attached to. Players instead get to interact with their 3D environment, not by pressing buttons on a controller, but by “gesture-based” body movements,  Patil said.

Full autonomy through a wireless headset, backpack and wrist and ankle sensors allow players to free-roam through an option of two customized virtual worlds. With up to four players at a time, team members choose between a magician, a warrior, an archer, and a priest, each with their own powers. The mission is either to protect the obelisk from the good-turned-bad creatures of “Sherwood Forest,” or defend the team’s ship from angry sea creatures in the water-world of “Dragonfire.”

Within the next year or two, Mirage VR plans to expand to the GTA. After that, and when ready, they hope to establish the company in Ottawa, Vancouver, and Montreal. But of course, current issues must be addressed first.

“One of our biggest hurdles is explaining to someone who has never done virtual reality before how real it actually feels,” Patil said.