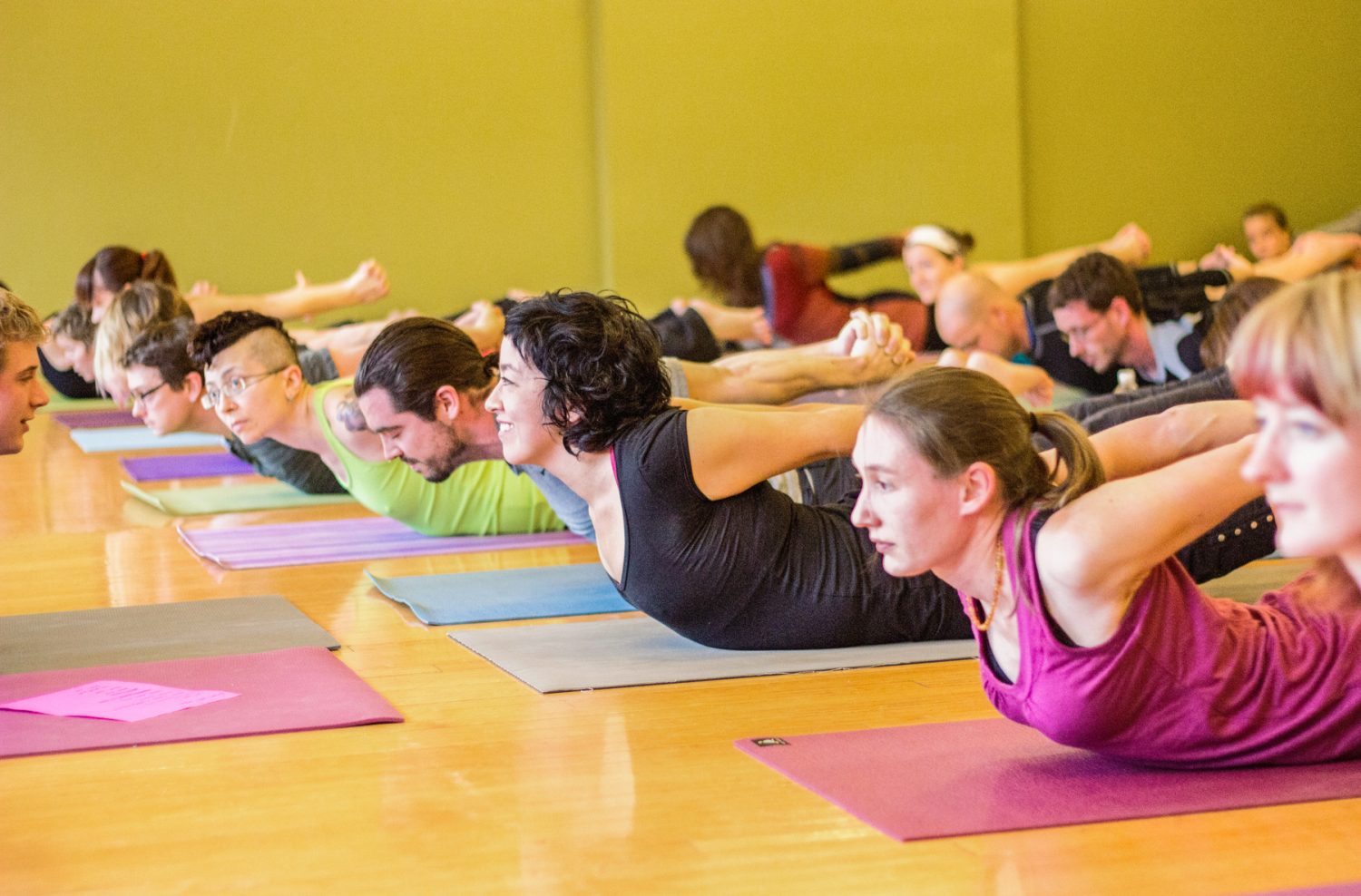 On Yoga, And Teaching What Wasn’t Ours

In the last several years, Queen Street Yoga has looked deeply into questions of privilege, oppression and cultural (mis)appropriation, and how they show up in the teaching of yoga, and in the experience of yoga studios. We have examinined how yoga was taught to us by mostly white, cis-gendered teachers, and thought carefully about what it means to be North American born practitioners of a tradition that has its origins in India.

Cultural (mis)appropriation occurs when members of a dominant culture take elements of a minoritized culture and use them outside of their original cultural context. This often reduces or commodifies those cultural aspects, turning them into “exotic” or meaningless fashion accessories or activities.

Cultural appropriation is a complex subject, and people often get defensive when it is mentioned. The Ottawa Sun recently published an article about a yoga class at the University of Ottawa that was purportedly cancelled due to fears that it could be considered cultural appropriation. The Sun later printed a retraction and reported that the class was cancelled due to low attendance, but that did not stop the media-storm in which many white columnists and writers derided the whole idea that yoga could be considered cultural (mis)appropriation.

Nonetheless, thinking about the issue of cultural appropriation in the last few years has changed the way that I teach yoga and create studio programming.

I was originally trained in the Anusara Yoga method, which described itself as a Tantric or Neo-Tantric school. (Tantra is a philosophical school of thought that arose in India between the 4th and 13th Centuries.) My teacher training included the singing of mantras (devotional chanting) and the mythological stories of various Hindu deities.

These aspects of Indian spiritual and religious culture were presented to me by white North American teachers, some of whom I believe were quite earnestly devoted to Hindu practice, and had studied with Indian teachers.

When I first began teaching yoga six years ago, I was excited about the philosophical content I was learning and eagerly shared my interpretations and/or understandings of Tantra with my yoga students. I taught my students to sing mantras, and told them stories of Hindu deities.

Looking back, I feel embarrassed. I would describe my early teaching as uninformed cultural misappropriation. Whatever cultural aspects of yoga I was sharing, they had been taught to me by white teachers. Some of those teachers were also scholars, but nevertheless, I was taking aspects of Hindu religious culture and teaching them as if they were mine. I did not see what kinds of impacts that might have, particularly on the experience of people of South Asian descent in North America. I didn’t consider how it might feel for people of South Asian descent to experience racism and discrimination on a daily basis, and then see aspects of Indian culture watered down and commodified to sell yoga mats, stretchy pants and yoga classes.

As I started to realize this, I began to change my teaching from using metaphors of Hindu deities and Tantric philosophical concepts to more secular themes that drew on research in psychology, neuroscience and natural movement. I taught the same physical poses of yoga, but changed my thematic presentation. I looked for ways to frame the physical practice of yoga as movement meditation, as an opportunity to practice mindful awareness. I tried to offer my students context about the history of yoga and to be clear that how I was teaching yoga was my North American adaptation and not “an ancient practice.”

So why did I change my philosophical presentation of yoga, but still continue teaching the poses? The answer is complex. I have a deep, embodied relationship with the physical poses, one which I developed from my own personal investigation. I believe that movement practices are vital for our well-being, and I have seen many students derive great physical and emotional benefit from practicing yoga. It made sense to me to continue to offer my own embodied understanding of the physical practice of yoga to people, but share themes and metaphors that were from my own cultural background. However, I am also aware that this could be considered another, subtler form of cultural appropriation, one where the origins of a cultural practice are changed and/or erased.

Cultural appropriation in the case of yoga in North America is complex. There are aspects of yoga in the West that may be disrespectful and appropriative, and there are aspects of yoga in the West that can be deeply healing and thoughtful, and could be considered an aspect of cultural exchange, appreciation and evolution. I hope to continue to be in conversation and dialogue about this, and keep reaching for more context, understanding, and perspectives from people who I may be affecting without realizing it. We hope to continue this important conversation as part of our attempt to make yoga more accessible, inclusive and anti-oppressive.

Emma is the Creative Director, and the Co-Director of the Teacher Training Program at Queen Street Yoga, in Kitchener.