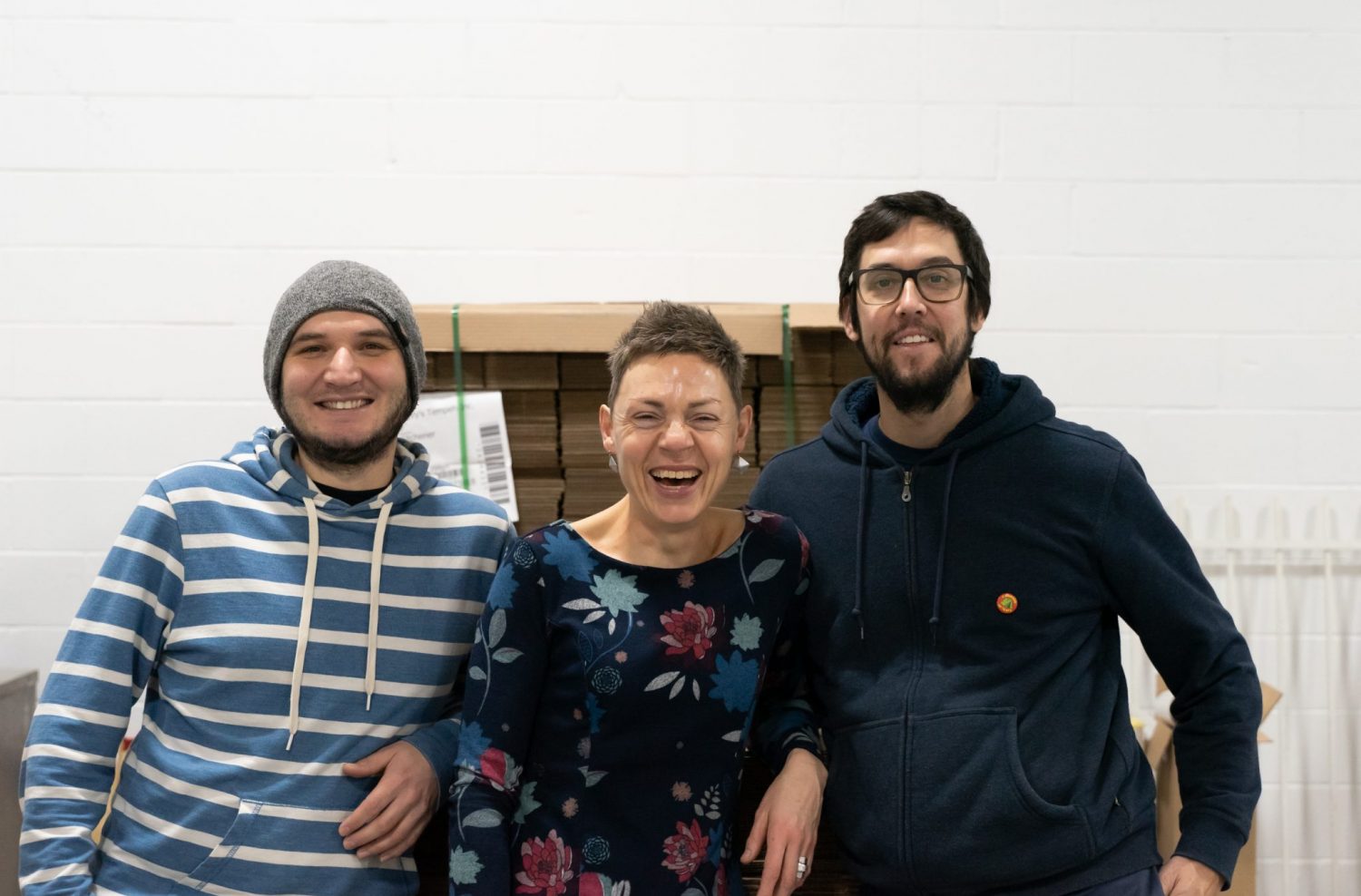 Henry’s Tempeh has been producing tempeh in Kitchener-Waterloo since 2002. The company was started by, of course, Henry Schmidt, after he launched a similar facility with his daughter on Salt Spring Island located between Vancouver Island and mainland British Columbia.

Although the company still bears his name, Henry is no longer the owner — there are actually three now. Paul Sauder, after working for Henry, bought the business in 2012 and was joined by his old friends Philip Dicenanu and Jason Jurchuk in 2016.

Henry’s Tempeh’s process starts with organic locally grown raw soybeans. The beans are then cooked and inoculated with a tempeh starter. Next, the tempeh is fermented overnight, pasteurized, and hand cut before being packaged.

“Our process came down from Henry, and it comes from a U.S. patent on how we make it, and we’ve developed it and perfected it. We can make tempeh quite fast that’s very high quality and has a long shelf life. But the tempeh’s actually stayed the same throughout this, which is something we’re proud of — that we’ve improved this process while keeping the product the same,” said Diceanu.

That product is also pretty healthy and accommodates many food allergies and preferences.

“We’re ticking a lot of boxes naturally, just by the sheer nature of being tempeh. We are gluten-free, we’re fermented, we’re high in protein, and it’s also a very clean food. There’s only three ingredients. The original tempeh has got three ingredients, and water is actually one,” said Cecile Wehrell, brand ambassador of Henry’s Tempeh.

The company has been delighted to find that the Canadian Food Guide recently gave Canadians more reasons to eat tempeh, and highlighted its nutritious value. “It’s saying that a quarter of your plate needs to be protein, and they actually told Canadians that it would be even better if they were plant-based proteins. So basically, the Canadian Food Guide said to people, ‘Hey. You gotta eat more legumes, you gotta eat more tofu, you gotta eat more tempeh.’ So it’s like, ‘Hey, thanks, guys, for the free marketing’,” said Wehrell.

As Henry’s Tempeh continues to make their product, they are also looking at restructuring to an worker-owned co-operative model, with hopes to accomplish this in 2020.

“We wanted to start thinking about how we get anyone that works here involved in the ownership, and how is that going to play out for making better decisions for the company and for the community. We figure if there’s more stakeholders, then there’s more voices to [advocate] for pushing the business in the right direction beyond just making a profit,” said Diceanu.

Henry’s Tempeh products can be found at most local grocery stores and health stores from Full Circle to Food Basics. More information including recipes can be found on the company website.

And for Henry? Well, he’s still travelling a lot in his retirement, but he stops in for the occasional office party.