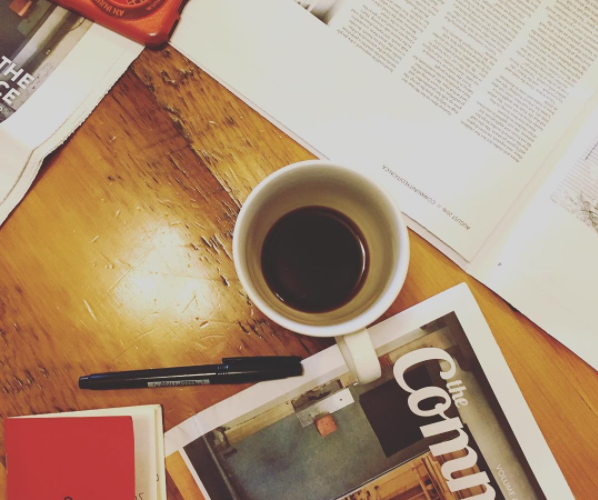 Editor’s Note: How Do You Take Your Coffee?

A couple weeks ago, I was catching up with my old university roommate on the phone. She just got engaged, so we were discussing wedding plans. The conversation turned to love in general, and she asked me about my love life. I told her there was nothing new to report, followed by a comment of whiny self-deprecation.

“I don’t think I’m asking for that much,” I told her. “I just want to find someone who really cares about me.”

She then recalled a memory from when we lived together that I didn’t really remember, but for whatever reason, it stuck with her.

It was a weekend afternoon and the guy I was dating came over to hang out. After he left, my roommate popped her head in my bedroom to find that I was visibly upset. I was reluctant to tell her why, because I thought it was silly, but eventually I explained that he had brought me a coffee: a medium, two sugar. I have always taken my coffee the same way: medium, two milk. No sugar.

“He can’t even remember how I take my coffee,” I told her, trying to stop my tears from falling.

She told me that she often thinks about that memory and how it speaks volumes when we think about love. Asking for your partner to listen, and I mean really listen, even when they aren’t being directly spoken to, isn’t asking for a lot. If you’re investing your time into a relationship with someone, you should pick up on the little things. Actively taking note of the things they prefer should just come, effortlessly. You should know their favourite colour, their favourite song, the name of their childhood dog. You should suggest their favourite restaurant when you go out to eat. You should be kind to the people they call their best friends. You should know how they take their coffee.

This should come easy and I think if it does, then that means it’s love. Most of us, at one point or another, have settled for someone who has put their needs above ours, or for someone who didn’t take an interest in the small things that make you, you. When I was in that situation, I always had this gut feeling that something was wrong, but we constantly make excuses for our partners’ “forgetfulness,” which is really just a veil to hide behind selfishness.

And this doesn’t just apply to romantic relationships, too. I strongly believe that Valentine’s Day is a dumb corporate holiday, but maybe this year we should take the time to think about the people close to us: partners, friends, coworkers and family. Are you really listening to them? Are they really listening to you?