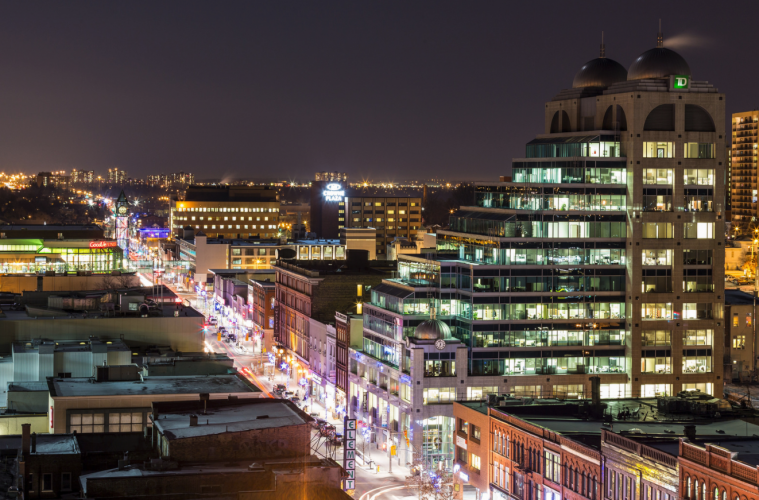 Rave is an app that streams movies from other websites so that multiple distant people can view them simultaneously while chatting. This can already be achieved pretty easily using Google Hangouts or Twitch, which would also let you use a larger screen than that on your phone, but whatever. If you choose to do this with people in the same room as you, the app turns your phones into a “giant speaker system,” in the same way that tuning two nearby TVs to the same channel turns them into a giant speaker system. Rave apparently used to be called WeMesh and was the subject of considerable mockery on the uwaterloo subreddit for reasons that I didn’t care about enough to discover.

According to the Waterloo Chronicle, Rave also offers an app called “RaveDJ,” although I wasn’t able to find such an app on either the Android or the Apple store (I didn’t check BlackBerry World and never will). RaveDJ is supposed to automatically turn playlists into mashups. According to CEO Michael Pazaratz this involved “teaching an AI system to understand and break down music,” which probably means they got some co-op kid to install scikit-learn and then feed a bunch of Katy Perry songs through a support vector machine or something. I’ll bet you a quarter this doesn’t work very well, since otherwise Spotify would already have done it, but I’m sure the kid got an A.

This is a company that makes drones. As a general rule in tech, anybody making a physical object one could hypothetically trip over is far less able than usual to coast on hype (unless that object is somehow wearable), and indeed these guys seem pretty legit. However, due to this publication’s solid commitment to leftist values — according to Wikipedia Aeryon Labs sold a spy drone to Libyan rebels once — I must nevertheless rate them poorly.

Two giant death robots out of 50.

MappedIn creates maps of the interiors of participating stores. These maps tell customers what’s in stock and how to get to the appropriate shelf, which I guess means the store has to hire fewer attendants than otherwise. More usefully from the corporate perspective, MappedIn also somehow logs customers’ actual shopping behaviour for later analysis, allowing sufficiently large retailers to optimize their inventories and shelving empirically. It wasn’t clear to me whether this was accomplished by simply logging searches or by directly tracking customers’ movements. This could maybe sell.