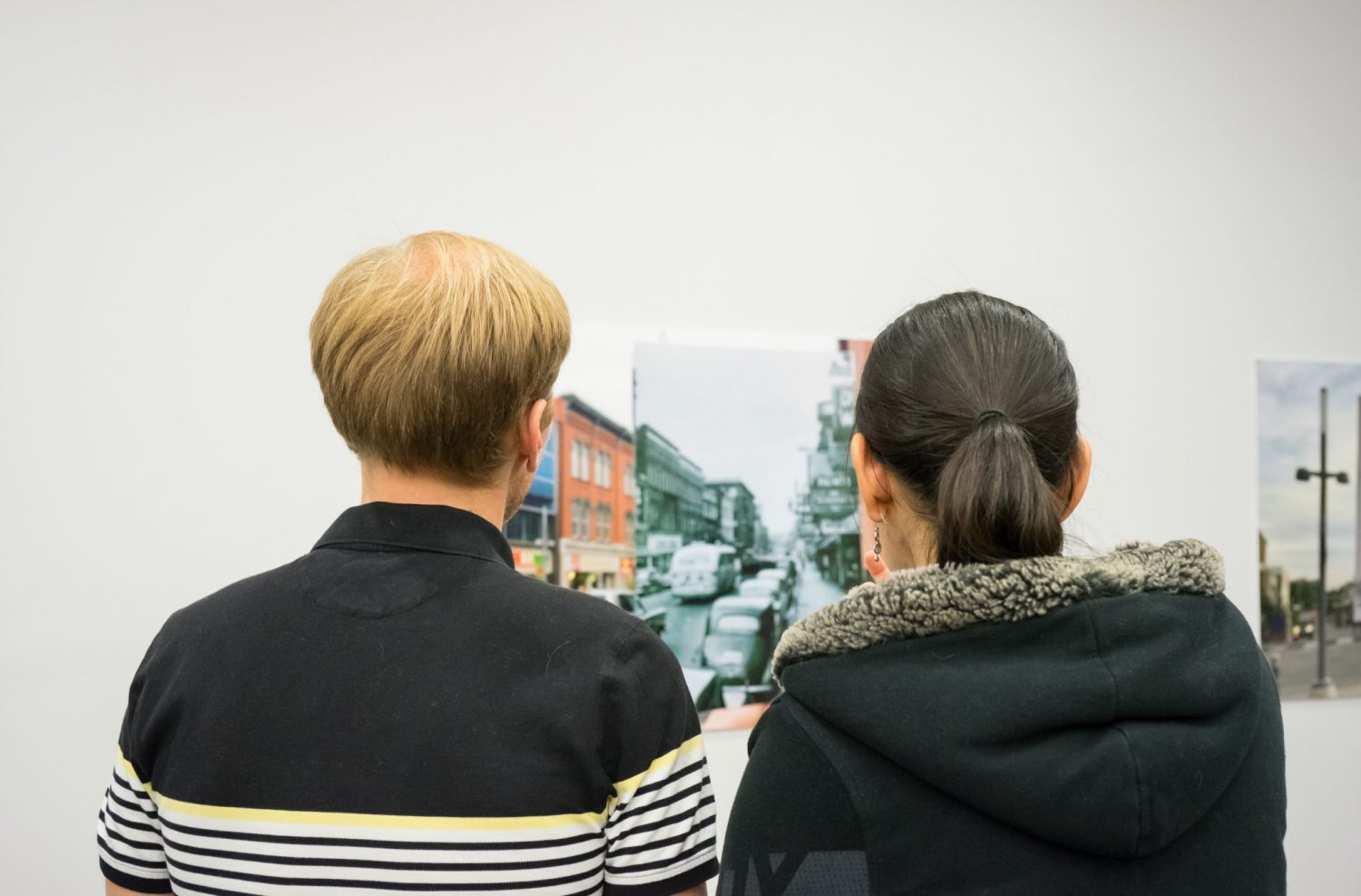 Taylor Jones, Kitchener Public Library’s (KPL) current guest librarian, has a new project for the community to participate in. It’s called Dear Kitchener, and its goal is to explore the past, present, and future of Waterloo Region through photography.

Dear Kitchener is simple enough, members of the public are invited to share their old photographs by holding up physical copies of the image in front of its original location, and snap a new photo to showcase what it looks like up against its current landscape. The idea is exactly the same as Jones’s Dear Photograph project, which has become an incredibly popular website, and best-selling book.

Participants of Dear Kitchener are invited to share their own photos, or explore KPL’s collection of local, historical images that are housed in the Grace Schmidt room at the library’s central branch.

Dear Kitchener was officially launched July 13, with a kickoff party at KPL. The event provided little explanation about the project as a whole; rather, it focused on a panel discussion with, as Jones described, “some of  Kitchener’s finest.” The panelists included Lindsay Kalbfleisch (Miss Oktoberfest 2014), Mike McCauley (tech entrepreneur), Karl Allen-Muncey (Kitchener’s Innovation Lab director), and Rych Mills (local historian).

Jones began the evening by describing the culture of innovation within Kitchener-Waterloo. Then, he moved the conversation over to the panel to discuss their thoughts and opinions on how our community has evolved over the past 100 or so years, and how it will continue to move forward in the coming decades.

Mills provided a brief history of the region, describing how it evolved from a manufacturing community to the bustling tech-hub we know today. While all the panelists agreed that Kitchener-Waterloo has seemingly been open to embracing change, Kalbfleisch was quick to point out that the tech-boom hasn’t been beneficial to everyone.

While many tech-workers praise the gentrification of the downtown core, those living below the poverty line have had a difficult time adjusting to the city’s fast-paced change.

“Kitchener should remain a place where everyone can belong,” Kalbfleisch told the audience.

Kalbfleisch, McCauley, and Allen-Muncey all emphasized the multiculturalism of Waterloo Region as one of its strengths. Mills, however, talked about how to preserve the region’s “white” culture and roots.

Though Waterloo Region has long had many citizens of European descent, German culture especially being present through our community, it is essential to accurately and honestly include colonization as part of our history discussions. Kitchener, Waterloo, and Cambridge are on the traditional territory of the Neutral, Anishnawbe and Haudenosaunee people. European settlers decimated Indigenous communities through conflict and disease. As well, Kitchener is presently thriving through its multicultural community. While we do not know exactly what Mills intended with his statement, we do know our roots and future are multicultural.

While Dear Kitchener does focus on exploring Waterloo Region’s past, it also encourages participants to celebrate the present and think about creating a better future. Rather than strictly preserving the past, the idea is to celebrate the innovation and evolution of the region, and include everyone — regardless of who they are or where they came from — in this community project.

Whether someone has lived in Kitchener-Waterloo for their entire life, or moved here within the past year, their story is important and should be included in this community collaboration. It will be extremely difficult to share these experiences and memories if people are too focused on the past.

The Dear Kitchener website was not live at the time of printing. Jones cancelled a scheduled interview with the Community Edition, and did not respond to further inquiries.