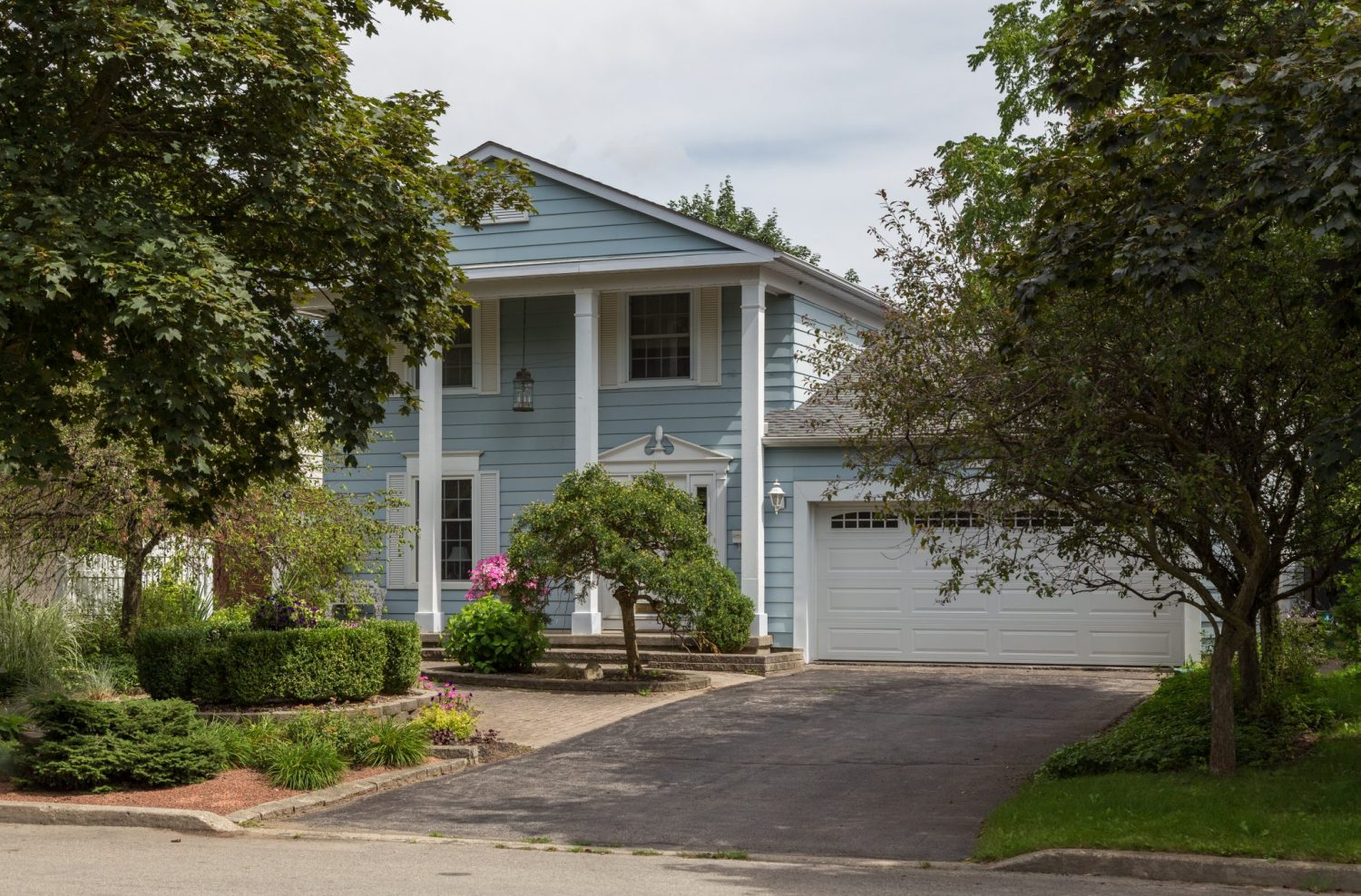 If Streets Could Talk: Beechwood

Biking through Old Beechwood feels like being transported to another time. I rode through a version of the suburbs that no longer exists. Homes in the area are individual feats of architecture with spacious lawns, blooming gardens and long winding driveways. The trees are tall enough to remind you of their age, evoking thoughts of childhoods come and gone under their shady protection. The neighbourhood is filled with long crescents and wide side streets that are just begging for someone to start a game of road hockey. The setting sun creates a magical golden light that makes me feel like I’m on a suburban movie set. 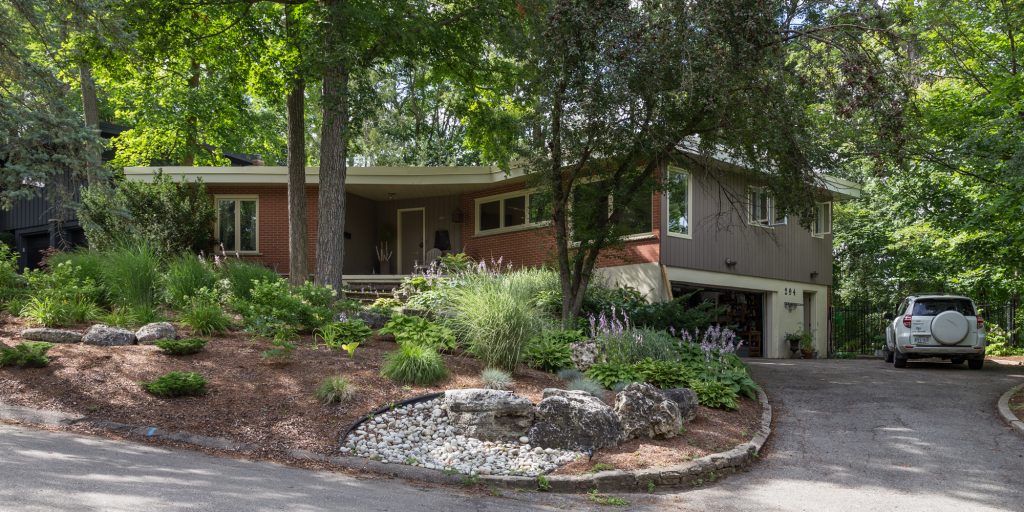 The Beechwood neighbourhood is one of the older areas of Waterloo. One end runs alongside the University of Waterloo on Westmount Road, and the other along Erbsville. Columbia Street and Erb Street sandwich the area on either side. When it was first developed, it was neighbourhood at the edge of town, looking off into farmers’ fields, but there has since been rapid growth all around. Beechwood is broken down into three sections: Beechwood proper (often referred to as Old Beechwood), Upper Beechwood and West Beechwood. There are eight active community organizations (and respective pools and tennis courts), and two elementary schools. It’s an active, family based area that has not changed much since it was developed. (I can say so with slight authority, as my mother and I both grew up in the neighbourhood). 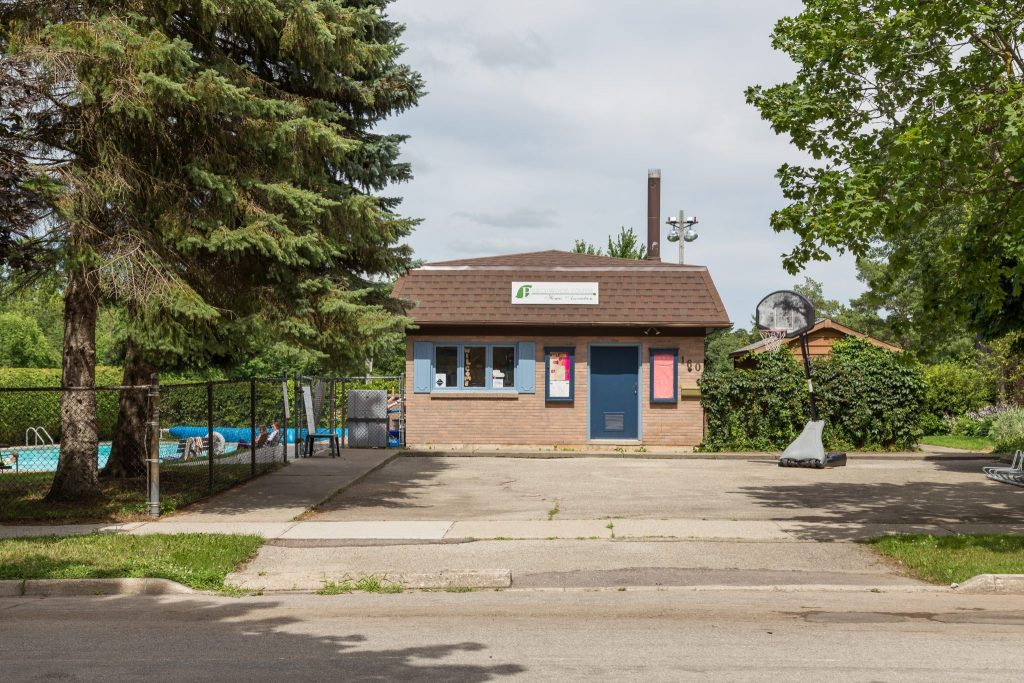 Beechwood began its growth in the early-mid 1970s, around the time that the University of Waterloo was solidifying its position as an educational institution. UW’s Faculty of Arts was only created in 1960, and the pioneering Math and Kinesiology faculties were both formed in 1967. As UW grew, so did the number of professionals in the surrounding neighbourhoods. Beechwood was developed right next door and soon was drawing executives, professors, doctors, and lawyers from across the region, signalling a shift of many higher income families from Kitchener, which at the time had a more industrial vibe. 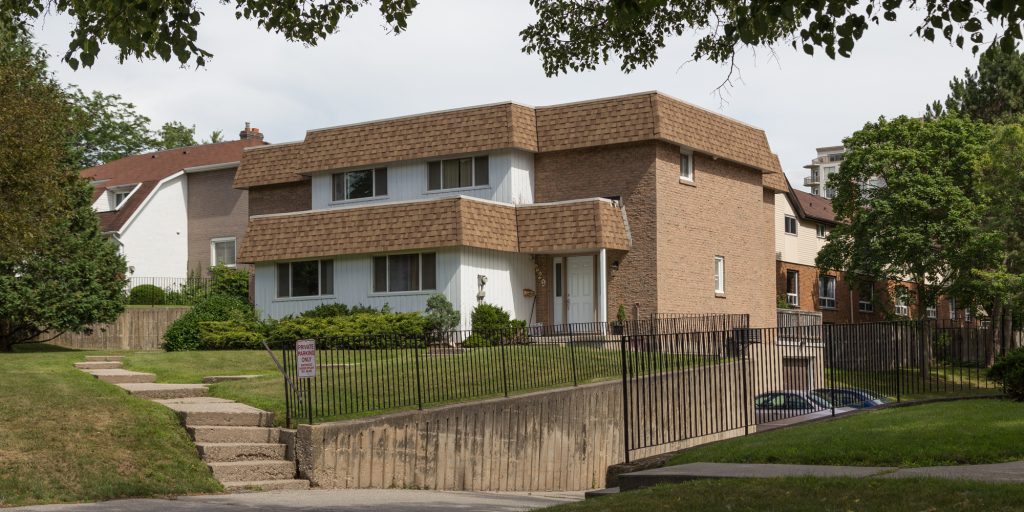 The neighbourhood represented a version of the “Canadian Dream” where couples who began to succeed in their career moved to Beechwood to settle their family into bigger homes that reflected their achievements and aspirations. Beechwood became known for hosting well-known Waterloo families that were influential in politics, business and medicine in the region. There was certainly a level of elitism represented aptly in homes. 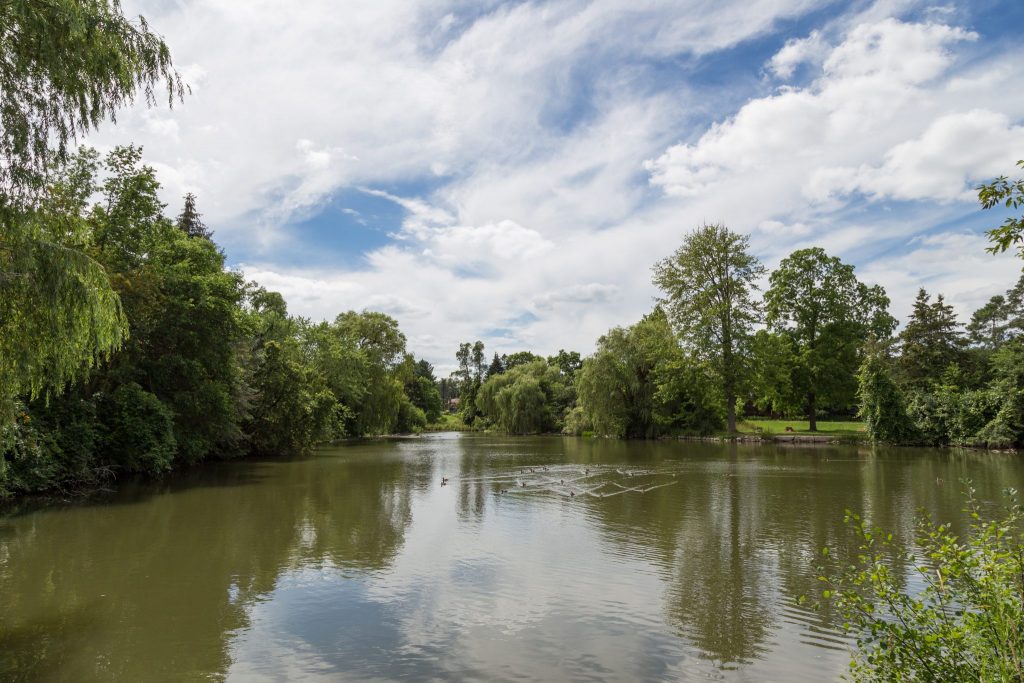 By the late 1990s, Upper Beechwood and West Beechwood had been developed with less grandeur but equal reputation for community, education, and higher priced living. Many children of families in Beechwood moved to the two new additions, but it also became a haven for tech executives as BlackBerry began its rapid growth in the early 2000s. Though this demographic helped kick-start the area, it gave way to a constant fluctuation as the industry ebbed and flowed. The sense of community that was so core to the early Beechwood was not carried into the Upper and West divisions as people were constantly moving in and out. I have had three sets of neighbours on either side of my childhood home in the past 20 years. 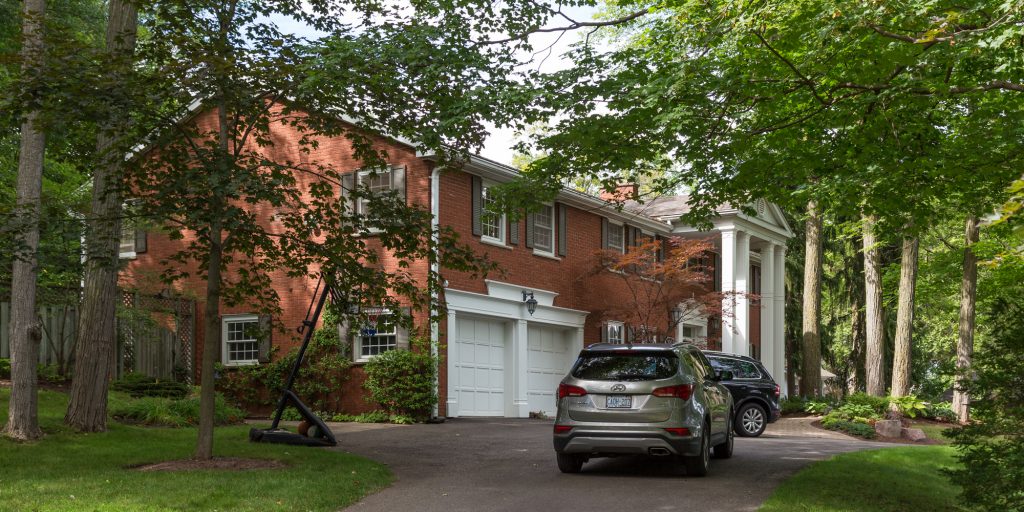 Over time, the south end of Beechwood has made way to more student and subsidized housing, posing a stark contrast to older areas. The diversity is pulled together through ample amounts of greenery, space, and uniqueness. No matter where you look in Beechwood, the neighbourhood seems to have escaped the mundane architectural repetition that fills the newer and nearby Laurel Wood and Clair Hills neighbourhoods. There are many small parks, jungle gyms, community paths, and gardens lining the streets. In certain spots, if you ignore the telephone wires, you might think you are in the middle of a provincial park, rather than a mid-size city. 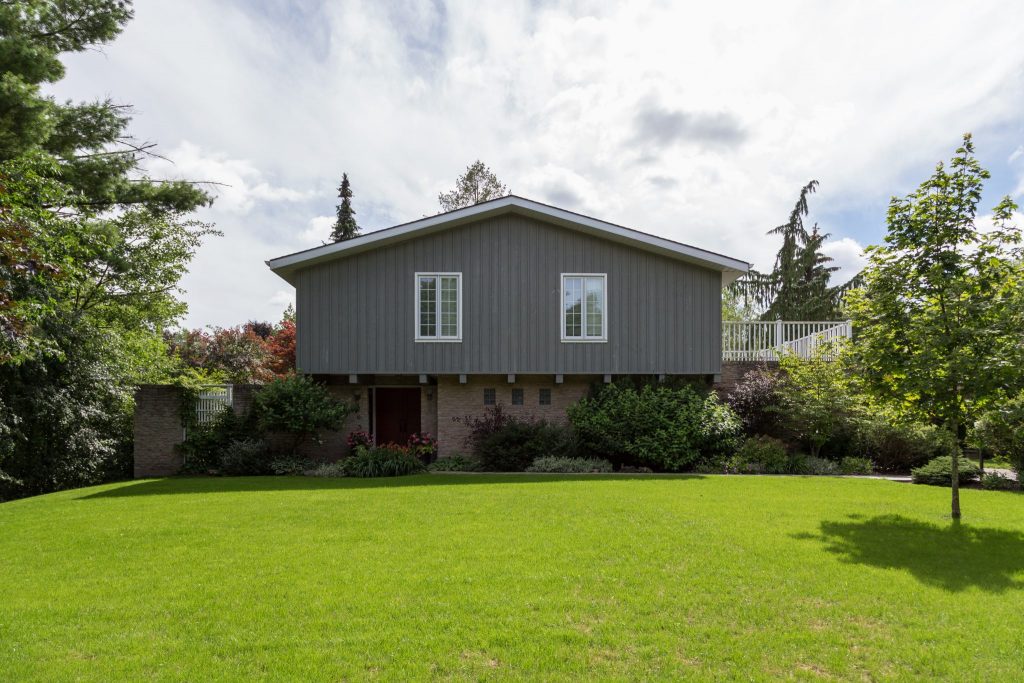 Returning to one’s childhood neighbourhood always comes with mixed feelings of nostalgia, discomfort, and a critical awareness of the bubble that you didn’t realize existed until you went outside it. My last stop on my biking tour of Beechwood was to the local pool that I learned to swim in, Upper Beechwood. There was an adult pool party happening that night, and you could see couples who had put their kids to bed walking in excitement to spend a night in their best dressed summer attire with the local community. 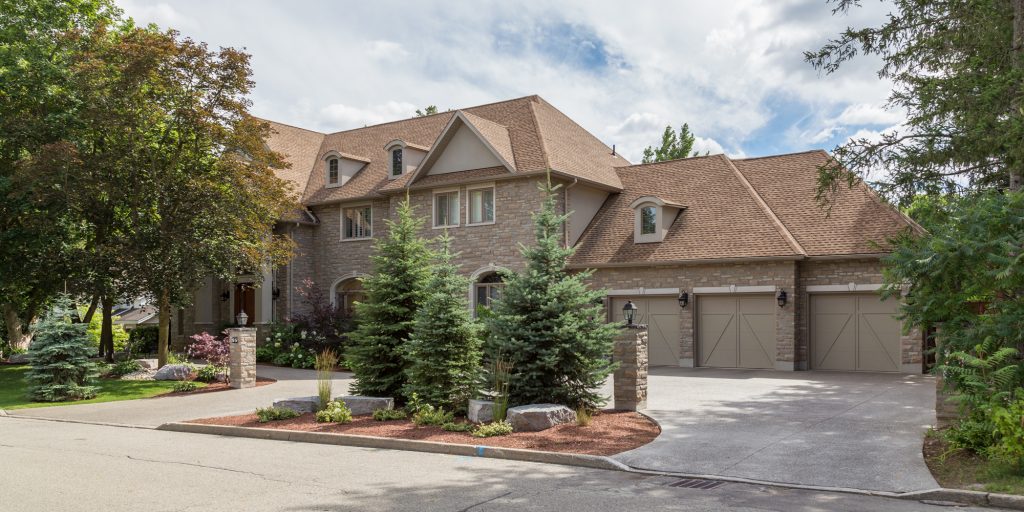 I was struck by the contrast between my memory of the pool, and the reality of it. I remember a welcoming community, where I spent my summers in the water, on the tennis courts and performing talent shows. I saw for the first time what I never seemed to notice as a kid: sky high shrubs shielding the pool just enough to let you see the blue water, but not enough to see what is going on, a massive “Members Only” sign, and a thick black bar fence kept shut by a massive padlock. I know now that there is a long waiting list and fee of $650 for families outside of Beechwood trying to join the community I was lucky enough to automatically be a part of. 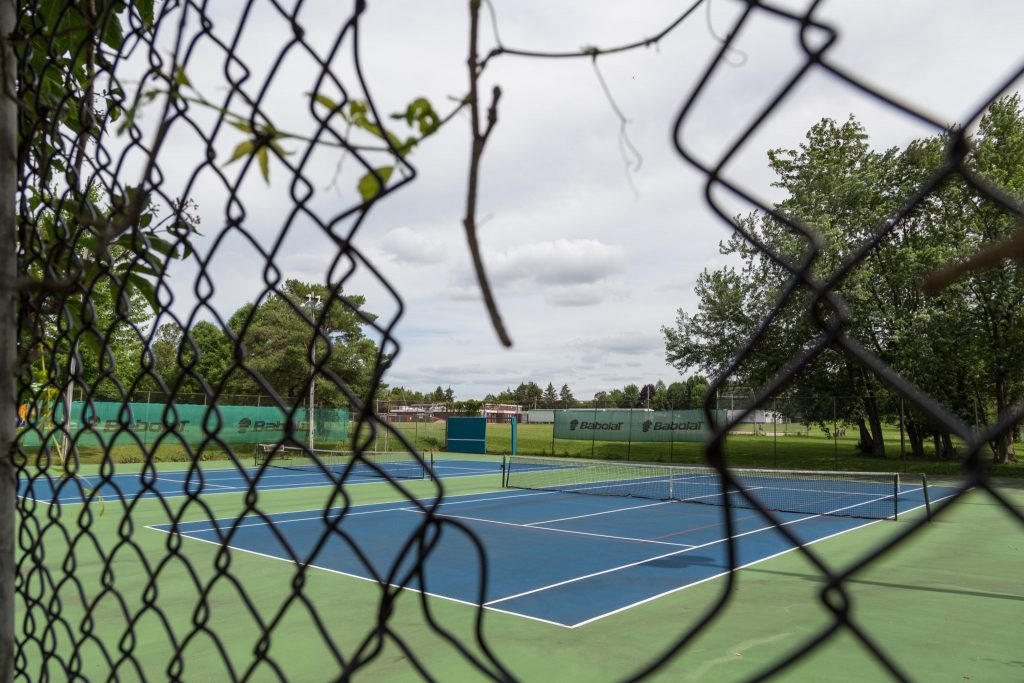 The future of Beechwood feels up in the air. The young families that moved into Upper and West Beechwood in the late 1990s and early 2000s have all grown up, and the old families that pioneered Beechwood Proper have retired and moved away. There is a small amount of renewal as younger families buy houses of empty nesters that are down-sizing. Tech executives are again beginning to move to Beechwood and there are some families escaping sky-high Toronto real estate for a closer-knit neighbourhood. But for now, the neighbourhood just feels quiet.

Biking from Amos Street, to Old Post Road to Clair Creek Blvd on a perfect summer night, I saw an active community. There were couples out for a walk, children playing basketball in driveways, a woman gardening, three men biking down the middle of the street without helmets. I saw the suburban dream for what it was; a place to let kids be kids without worry. 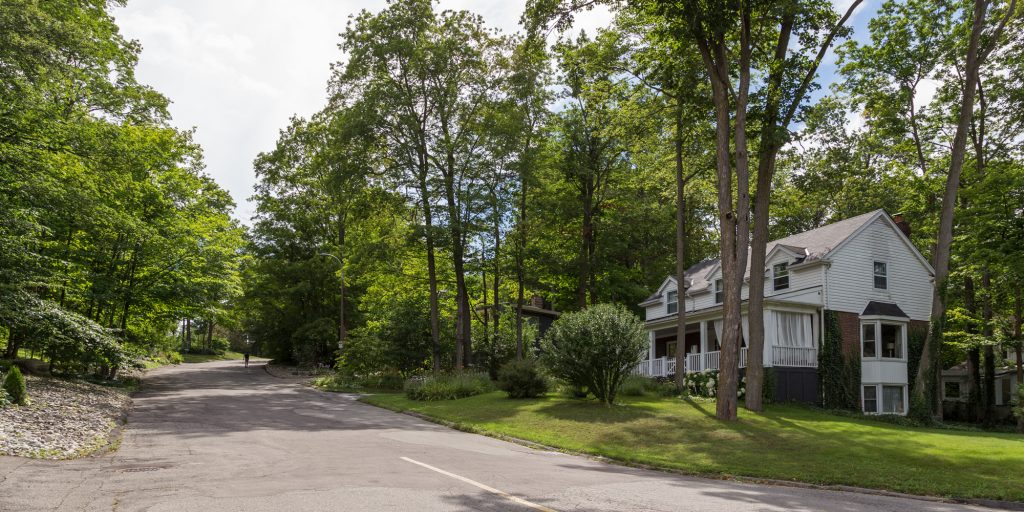