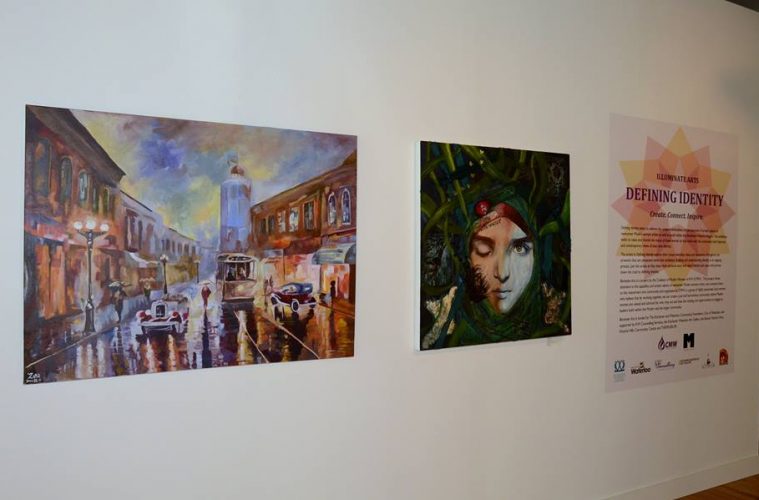 Being a Muslim woman is anything but simple. It involves finding yourself as the topic of discussion for media reports and political debates, without being included in those conversations. It means learning – very publicly – about the apparent restrictions on your life due to a faith that you have willingly chosen to practice.

The recent twitter hashtag #CanYouHearUsNow surfaced as a result of Muslim women pushing back against stereotypes suggesting their inability to speak for themselves. Spearheaded by the Muslim Public Affairs Council (MPAC) along with the support of hundreds of Muslim women activists, the results emerging out of this campaign were tremendous, and understandably so. Muslim women around the world are refusing to adhere to narratives depicting them as silent and docile, and those living in KW are no different.

Last month, community members and representatives of local organizations convened at the Kitchener-Waterloo Art Gallery to celebrate the completion of the Illuminate Arts KW project — an art initiative created by the Coalition of Muslim Women KW and funded by the City of Waterloo and the Kitchener and Waterloo Community Foundation. This project aimed at providing local and newcomer Muslim women with resources and opportunities to cultivate their creative talents and encourage their further engagement in the arts. 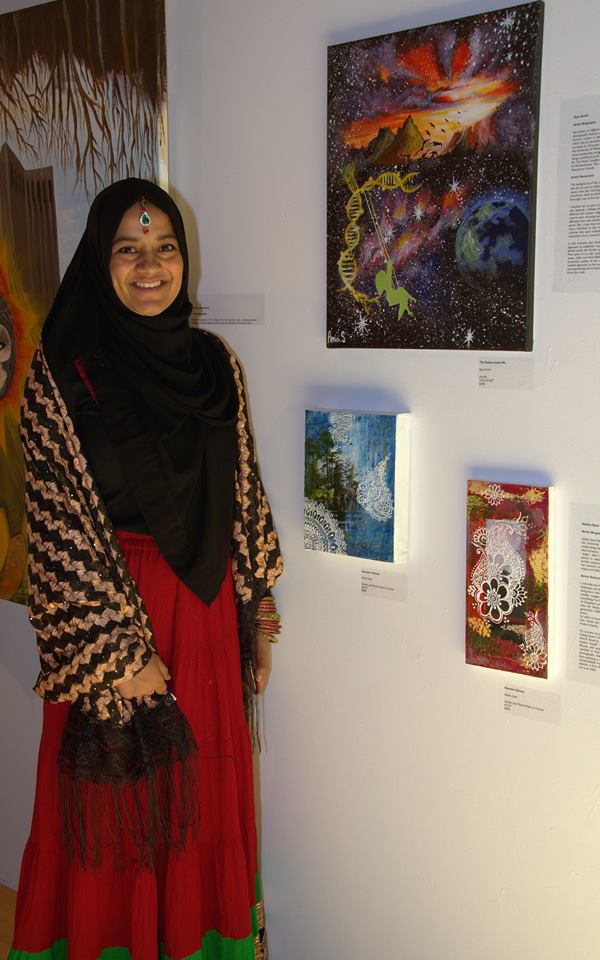 Over the course of 18 months, Illuminate organized and facilitated over 20 beginner and intermediate creative workshops ranging from painting and sketching to calligraphy and spoken word poetry.

One of Illuminate’s many successes was KW’s first ever Muslim women art exhibition. This exhibition – titled “Defining Identity” – showcased the artwork of 16 local Muslim women at THEMUSEUM for the month of June. Each of the art pieces reflected the identities, perspectives and lived experiences of the artists, and opened up the space for Muslim women to share their stories with others in the community.

“Illuminate Arts plays a significant role in valuing and cherishing the voices of Muslim women within our community,” says Ala’ Thibeh, one of the project coordinators. “This project has increased the opportunities for Muslim women to get involved and connected with the major art organizations and other artists in KW, all while bridging the gaps between Muslim women and the larger community.”

However, bridging this gap is easier said than done; it requires effort and understanding. It cannot be achieved without putting aside preconceived notions and prejudices about an already marginalized group of individuals. It requires taking a back seat and acknowledging that there exists no fixed narrative or singular identity for all Muslim women. It requires listening and learning.

By using art as a medium for self-expression, groups like Illuminate offer a foundation for dialogue that transcends boundaries. Art has the ability to speak when words are insufficient. Its language is universal, and its reach is extensive. Throughout the course of the project, these artists have used their skills and their stories to better express themselves and to begin building a more inclusive community.

This is only the beginning for Muslim women artists in KW. Not only #CanYouHearUsNow, but there’s a good chance you’ll be seeing us, too.