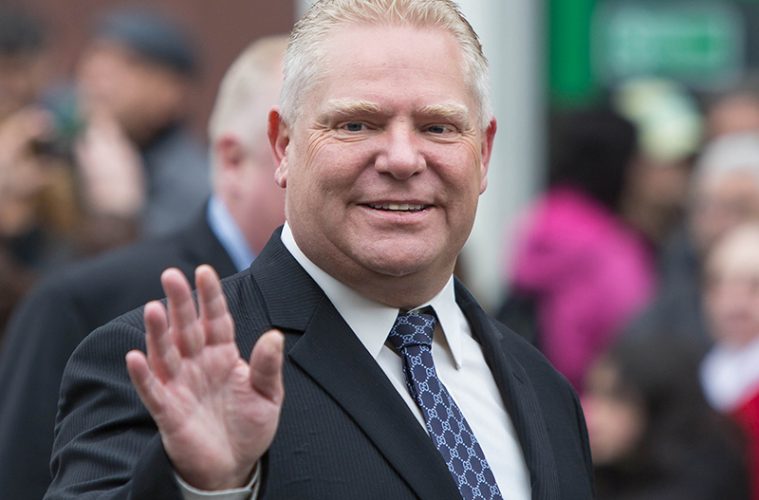 WR and Howe: Will the Ford Government Divide Us in KW?

What the Ford happened? Now we have Premier Doug Ford. What was unimaginable six months ago is now reality. Now what?

For myself, the antidote to the provincial election was to immerse myself in community and the arts. Neighbours Day, the Summer Lights Festival, CAFKA and the Grand Porch Party all provided hope after Ontario supported a campaign that appealed to people’s self interest.

I fear that the worst possible outcome of the election is the further polarization of politics and society where those on the right dismiss anything to the left and those on the left are only satisfied with positions that align with their worldview. Then our positions harden as we lob arguments and insults back and forth. So let’s resist retreating into echo chambers.

At the same time, we absolutely need to stand up to ignorant bullies who threaten vulnerable people. But let’s not allow Doug Ford to set the agenda for what is important to us. Rather than digging in and spending all our time and energy in resistance, let’s concentrate on building the community we want to live in.

Our differences, including our differences in experiences, tend to be what divides us.  And we resist change that challenges our own experiences or we have trouble understanding why something needs to be a priority.

So if we shovel our sidewalks and get around by car, we think everyone should shovel their own sidewalk and we want to city to stop dumping snow at the end of our driveway. We have trouble valuing the experience of others who see how many unshoveled sidewalks they encounter that make it difficult for them to push a stroller while walking their kids to school or who need a flat surface so their wheelchair can make it to the bus stop.

If you can easily hop in a car to make a grocery run or grab a coffee, it is hard to appreciate how challenging it is for Traynor-Vanier residents to lose the walkability of their neighbourhood where many people rely on walking, riding bikes and public transit. Perhaps that is why two years after the problem was identified, there is a sign on the fence around the LRT track prohibiting crossing instead of a replacement for the foot worn pathways that provided easy access to Fairway road before. There is not even a firm plan in place which means a solution is at least a year away.

So we need to get to know each other better as people and understand that we have different experiences, needs and perspectives. We can start doing that by immersing ourselves in community.

Have not been to downtown Kitchener in years? Be sure to join the the tens of thousands enjoying the blues festival.

Haven’t been on a bike in years? Take a ride on the Iron Horse or Spur Line trails. See how busy they are and how hard it is to cross streets. Or ride a bike to run an errand and see if you feel safe enough have a child ride with you next time.

In short, put yourself into situations where you get to meet different people and get to know them as people and not caricatures. And build community by volunteering at events that bring people together or by organizing a street party. Get inspired by tactical urbanism and the interventions common to the 100 in 1 Day movement that try to initiate positive changes.

By doing so, we can build the bridges we need to be stronger and reduce the ability of Doug Ford and friends to divide us.