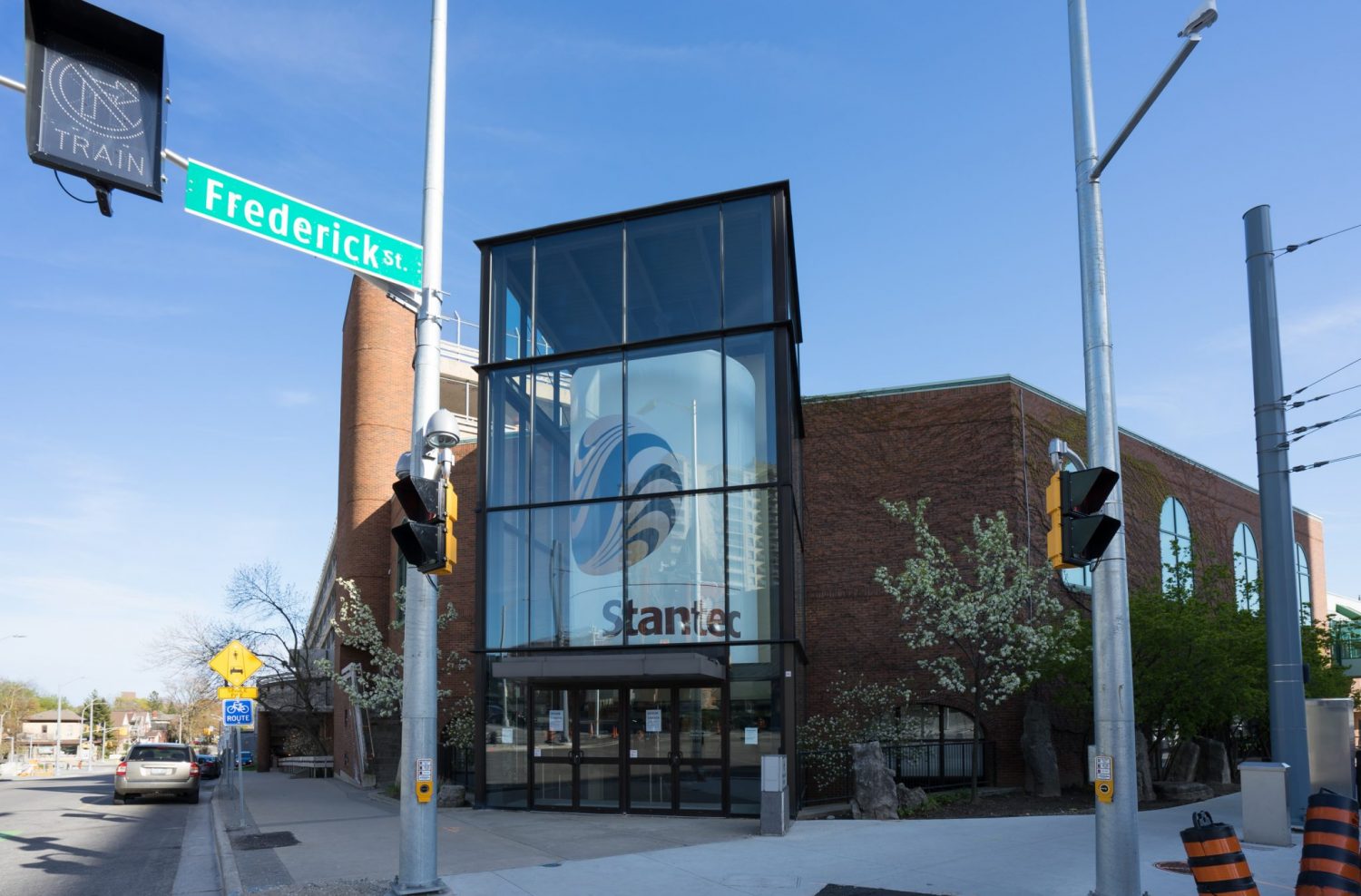 WR and Howe: DTK Needs a One Stop Shop

A grocery store is at the top of the list of retailers desired in downtown Kitchener. Waterloo’s core has one, as does downtown Galt.

The new J & P Grocery tucked in behind Vidyard’s new Queen Street office off of Goudie’s Lane is welcome by some. It features an interesting mix of items for everyday needs with those for special occasions. I especially like that it has a local bias and is a good source for items not found elsewhere in downtown Kitchener such as Wood Fire Bagels.

I love that there are a growing number of food retailers downtown. J & P joins nearby Legacy Greens, Full Circle Foods, and bakeries such as Golden Hearth. They are filling a much needed void and satiating foodies.

Having lived near the Byward Market area in Ottawa, I love the idea of shopping at a series of specialty stores rather than one-stop shopping. I still see great potential for a similar food district in the Kitchener Market District.

At the same time, just outside the Byward Market are a couple of conventional grocery stores that suit how most North Americans do their shopping. They have a greater variety of goods than those found in specialty food retailers and a greater range of products at prices that are affordable for a wider community.

Yes, there is Central Fresh Market. It effectively serves Midtown but is not very convenient to anyone east of Victoria. And there are a couple of Asian grocery stores in east downtown Kitchener that provide variety but largely serve a niche segment.

When people say they want a grocery store in downtown Kitchener, they mean a conventional one in the core. Given the number of urban market format stores in Toronto, I know it is possible for downtown Kitchener to have one, too.

From what I understand, it’s been a bit of a chicken and egg predicament. There haven’t been enough people living downtown to make the business case for a chain store, yet the lack of one is a disincentive to a car free life in the heart of the city. Given the recent population boost downtown, we must be close to reaching the tipping point.

So I’d like to make the case for what I suggest is the perfect location: the former Stantec office at Duke and Frederick. That space originally held the indoor portion of the Kitchener Market until it moved to its current location. In fact, a market at that location goes back to when the town was known as Berlin. So it is indisputably central.

The site is perfect for the downtown’s future, too. It’s a short walk from the City Centre Condos, Charlie West, and a project planned nearby on King East. It is also near the residential neighbourhoods of Olde Berlin, Central Frederick and King East. Even better, it features a parking garage, sits right beside what I expect to be one of the busiest LRT stations and close to several bus routes.

I hope that highlighting this site helps to entice one of the chains to make the safe bet of locating in downtown Kitchener.