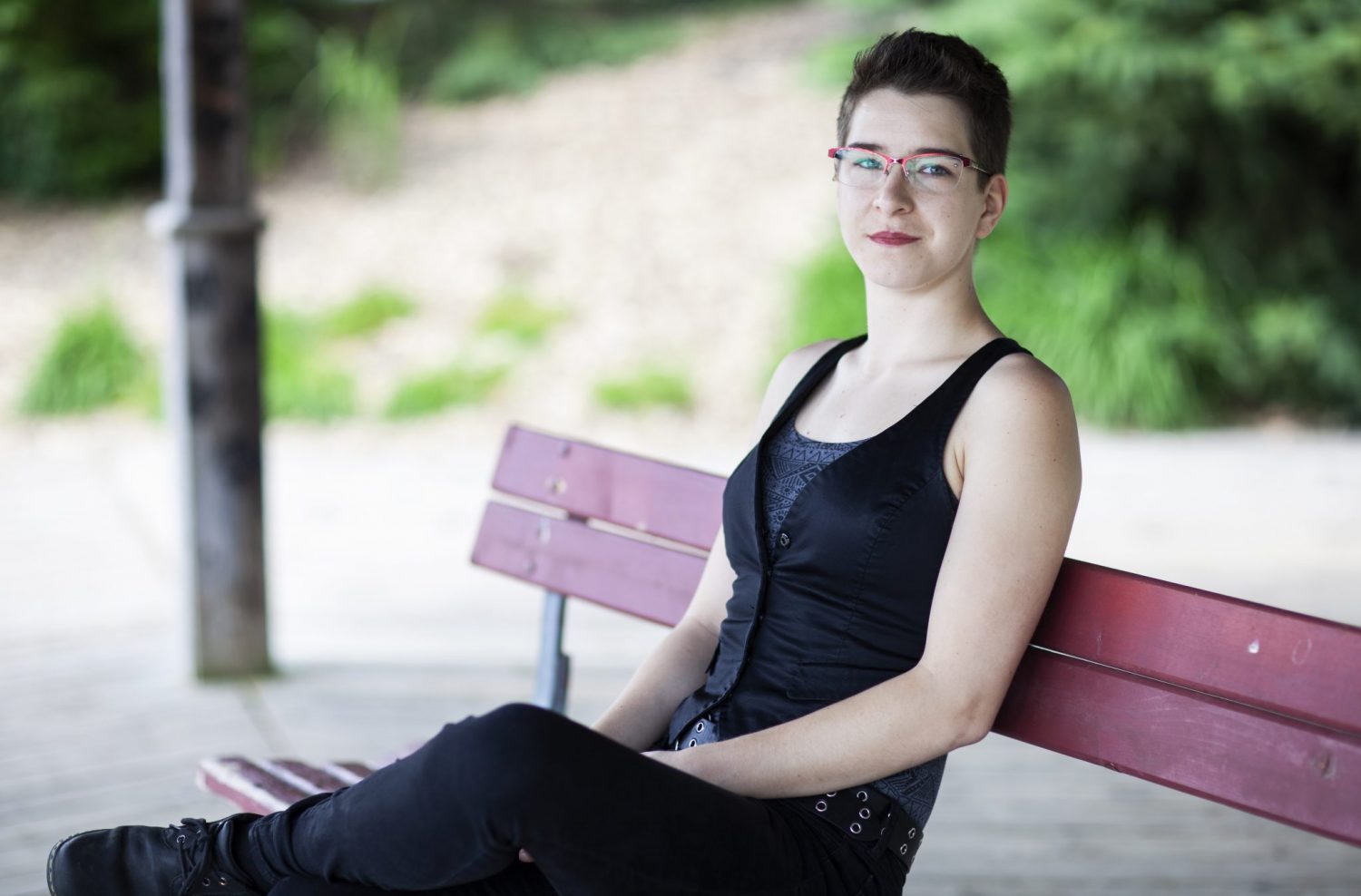 With a Lack of LGBTQ+ Spaces in KW, They Made Their Own

It was a bright morning following the rainy week that washed out tri-pride, when bright eyes, a dashing smile, and a full on willingness to be taken down by any dog, at any time, manifested in my doorway. Brie Treviranus, also known as local drag celebrity George Swooney, was living up to their stage name.

The weekend previous, this non-binary star was on stage in Victoria Park, clad all in black, lip-synching along with “If I Had You” by Adam Lambert. Single handedly, the power packed performance pulled event goers out from the safety of their tents, encouraging them to embrace not only their identities, but the true experience of pride: belonging, even in the rain, even after the corporate sponsors left.

When asked about it, Treviranus smiled. “That’s what drag does,” they said. “It brings people out from all sorts of places.”

Treviranus is speaking from personal experience.

“I grew up in Georgetown wearing passed down clothing from my three older brothers. I was always wanting to keep up with the boys.”

It wasn’t until the experience of gender roles in classrooms that Treviranus realized they weren’t the norm. In their senior year they helped reboot their highschool’s defunct Gay-Straight Alliance and discovered the term genderfluid. This discovery changed the game for Treviranus, who was on their way to the University of Waterloo. As they transitioned to their new community, they discovered the Glow Centre for Gender and Diversity and, slowly but surely, became heavily involved.

“Just talking to more people and finding that I was not alone in my experience and that other people like me existed — that was such a beautiful thing.”

A beautiful thing that only deepened, as the first time they ever went in drag was to attend “Drag Me to the Bomber.”

The Bomber Pub at the University of Waterloo, though recently closed, held this event in the fall and winter terms. It was a standing room only kind of event, completely sold out.

“I remember watching Duey Hafta, and Jacked Tupp perform. I was so in love, it was amazing,” Treviranus said.

But with the show facing low amateur sign ups, Treviranus summoned all their courage and wrote “George Swooney” on the spot.

“It was terrifying,” they said. “But absolutely worth it.”

At the time, “Drag Me to the Bomber” was the only place to start in drag.

“It was the show to start in, but there were 300 people in the audience, and for a lot of people that served as a barrier,” they said.

In 2016, having found a home in the GLOW Centre, Treviranus started the UW Drag Club.

“I wanted to help create a safe space for people to explore gender and drag, without the massive audience or transphobic stereotypes. Mainstream drag can be really politically problematic sometimes and promote exclusionary viewpoints. That wasn’t what our drag was back when we started the club, and isn’t what it is today,” Treviranus said.

“I started the club, because I needed it to learn about myself and I didn’t want other people on a gender journey to feel unsafe exploring, preforming and learning about their identities. It’s because of trans women of colour fighting to be on stage in a time when their identities were being persecuted that we have this incredible medium. And I, for one, am so, so grateful.”