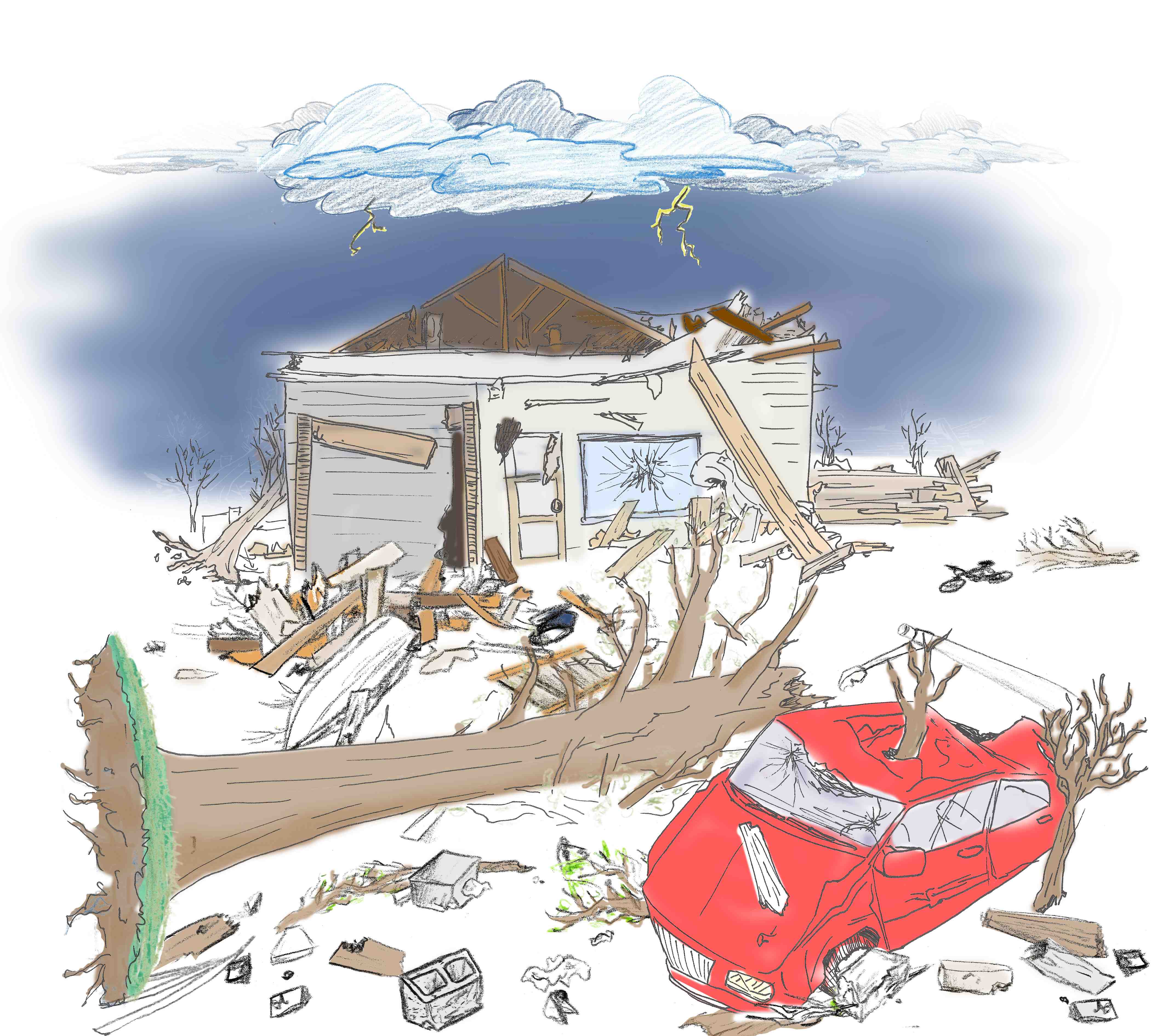 As the weather gets more extreme, governments learn to adapt

Art Janzen was away from his office during last December’s ice storm when he was texted a photo from one of his employees. A woman driving past Menno S. Martin Contractor Ltd, the construction company Janzen heads as president, had slid off the road and wedged her car between the posts holding the company’s sign.

Luckily, she wasn’t hurt. But the sign had to go. “We have been talking about redoing the signage in front of our shop,” said Janzen. “So it prompted that change.”

Their story was fortunately one of the more humorous ones to come out of the ice storm that dumped 10 to 30 mm of freezing rain across Ontario in late December and left some people in the region without power for days.

Extreme weather, like the kind we experienced this winter, is becoming more normal as climate change raises temperatures and changes weather patterns. While things like a damaged sign, or a house roof or car, are replaceable, the focus is fast moving away from response to mitigation and adaptation and — should the unthinkable happen — emergency management.

Jason Thistlethwaite is the director of the Climate Change Adaptation Project at the University of Waterloo. He believes that municipalities are at the front line of climate change, something that became readily apparent not only with the ice storm in December, but with the series of violent storms that have rolled through the area in the last year.

“To be honest I’ve never experienced weather like the weather we have had over the last 12 months,” he said, noting that the region experienced three prolonged power outages related to ice storms in the winter and a violent thunderstorm in July 2013.
Municipal infrastructure programs have a direct impact on how well that weather is handled. This became clear in Toronto, where they reduced their tree canopy maintenance program the same year the ice storm struck.

“That canopy program would have probably lowered the losses for the ice storm that hit in December,” said Thistlethwaite.

Toronto’s city manager reported that ice storm costs reached about $106 million, with the city’s forestry department incurring the majority of that cost.

Damages sustained from the ice storm were estimated to be around $1.2 million in Waterloo region. Kitchener-Wilmont Hydro incurred costs of about $300,000 from leaning up debris from downed trees and restoring power.

Homeowners also suffer as the weather gets worse. Janzen says Menno S. Martin Contractor Ltd, which has been business for 75 years, has definitely seen a rise in the number of home repairs related to weather. “I think overall our weather patterns have changed so much that I see that more and more it has an adverse effect on property and overall maintenance,” he said.

While being able to respond effectively to storms is important, preparation will lower the costs for both the municipality and for homeowners and citizens. It’s why many municipalities are now focused on mitigation and adaptation, recognizing that extreme weather may now simply be a fact of life.

In Cambridge, city staff are readying a proposal for city council that will significantly reduce the threat urban flooding poses to the area. Bob Paul, director of design and development at the City of Cambridge, explained that the goal is to let water go where it wants to go, instead of into people’s basements.

“We have 29 per cent tree canopy, which is the best in the region,” he said. “Each tree holds 1000 liters [of water] which is good. If we had a plan to increase our canopy to 50 per cent, we are adapting for a wetter climate.” His office will present their plan to Cambridge city council in January. They hope to reach the 50 per cent goal by 2050.

All of the municipalities have also signed on to the Climate Action plan, which mandates that they’ll reduce greenhouse gases in the area by six per cent — the equivalent of taking 56,000 cars off the road.

While anything that slows the pace of climate change is good, most experts agree that drastic change will have to take place if we want to keep the Earth from warming at an alarming pace. A recently release United Nations report found that greenhouse gases will have to be reduced 40 to 70 per cent by 2050 to avoid hitting the 2 degree rise cap. Without that, the UN warns humans will have to focus on surviving, not stopping, climate change.

Thistlethwaite points out that with or without climate change, we experience violent storms in southern Ontario. Waterloo region is just north of Ontario’s tornado alley, so most residents aren’t strangers to the occasional tornado warning. But evidence suggests that climate change will make these storms more violent.

“One of the big concerns is that the type of tornadic activity that you see in the US south — particularly across the US plains that are really dangerous — could move further north as the climate changes,” he said, noting that while that is a long term concern, we have already seen a rise in tornadic activity in southern Ontario.

“Basically you get much warmer weather earlier in the year when it’s still cool,” Thistlethwaite said. “That mixing of hot and cold is what generates the violent thunder storms.”

This is why emergency management has become a key component of preparing for wild weather that may be caused by climate change. The week of May 4 is Emergency Preparedness Week in the region, but officials are hopeful they can ensure people are aware and ready all year round.

“The responsibility always lies with the individual and from there you assist and work with the other partners,” said Steve LaRochelle, program manager at the Emergency Preparedness Office at the Region of Waterloo. They are trying to ensure that locals are prepared for any emergency.

During last year’s ice storm, some people had to live a few days without power or move into a temporary shelter in order to get out of the cold.

LaRochelle notes that being prepared means having everything you need ready in case you have to leave or are trapped.

It’s also important not to forget that wild weather does happen — and will happen again.

“People really need to keep a collective memory of weather and ground it a little more,” said Thistlethwaite. “Because we all of a sudden forget we spent 20 hours without electricity and trees were down.”

Be ready for wild weather

LaRochelle recommends that kits include items that are important to you personally, like medication, identification and food for your pets, along with staples like water, non-perishable food and candles.

For a detailed guide for what should be in your kit visit wrem.ca.

Ensure your house maintenance is up to date
Keeping your house in tip-top shape actually lessens the chances of damage happening.

For example, ensuring there are no cracks in your foundation, clearing storm drains and cleaning eaves troughs will decrease the risk of flooding. Janzen now posts some more of these helpful tips on Menno S. Martin’s blog (blog.mennosmartin.com).

Keep an eye on your trees
Trees that are older or diseased have a higher risk of falling down or losing branches during a storm.

Thistlethwaite recommends keeping an eye on the branches – if they look unhealthy or are falling to the ground in great number, it might be worth calling the hydro company to have them trim the tree.

Better to do that than have it fall on your car during a thunderstorm.