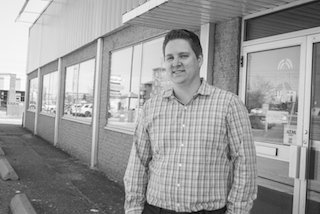 Maxwell’s Music House is saying farewell to its current location in Waterloo as the popular music venue moves on to bigger and better things.

Paul Maxwell recently announced the closure of Maxwell’s Music House, which he’s doing in order to shift focus to his latest project, a new venue on University Avenue scheduled to open in September.

“We had two options,” Maxwell said. “One, to keep both venues going, and two, to close down the first venue and focus on the new venue.”

Maxwell decided that it simply was not feasible to continue to operate the original venue while working on the larger space.
“The main reason though was that we didn’t want to stretch ourselves too thin so that we couldn’t operate both to their potential,” Maxwell said.

“We decided that it would make more sense to shut down the current space to focus exclusively on the new space and put 110 per cent into the new space, rather than splitting our time 50/50 between the two venues.”

The closure of the current location is expected towards the end of June. Maxwell hopes that they will be able to open their new venue shortly after that.

“We want to focus a lot of our time in the summer to finish up the renovations that need to be done,” Maxwell said.

“The space is basically an empty shell at the moment; we have to finish everything from the flooring to the painting, all of the bathrooms, the stage and the sound system and all of the different equipment that we’re bringing in. So there’s a lot of work to be done.”

Maxwell is hopeful that the new venue will be ready to open for Orientation Week this September.

The music venue was initially expected to open in 2013; however, neighbouring business Lexington Park Real Estate was concerned that the location would not provide enough parking spaces and would spill over into spaces allocated for other businesses.

“We were speaking with our neighbouring tenants in the months leading up to the appeal that went through,” Maxwell said. “We tried to work with them and tried come up with a solution, and the recommendations by the city that we were going to incorporate.”

They intended to have on site parking attendants and conducted a traffic study to ensure that it wasn’t going to impact traffic along University Avenue and Regina Street. Lexington Park took their concerns to the Ontario Municipal Board, which slowed down the entire project.

“We found out at the end of January that the OMB had no concerns with our plan and it required no future amendments, which was great for us.”

Maxwell said that the programming at their original space will continue right until the end of June.

Though he is excited for the transition to the larger space, he said that he was feeling some mixed emotions with the closure of their original venue.

“We’re really excited for the transition,” said Maxwell. “It’s a little bittersweet closing down our spot, we’ve been here for over six years, but we plan on offering a bigger and better concert experience.”

They’re hoping the new venue will have the capacity for 800 people. “It’s a great space for students to come to see.”