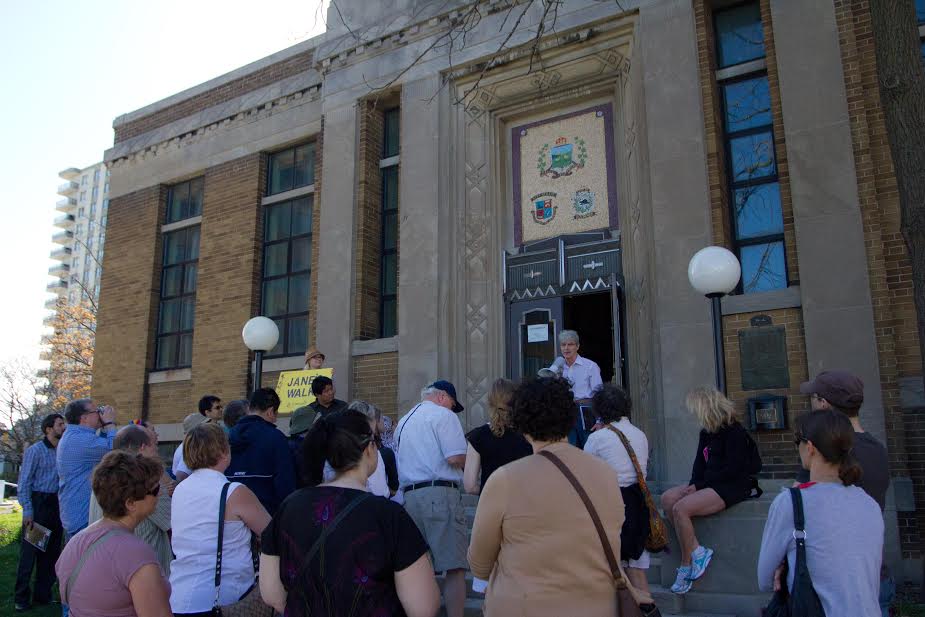 Connecting with your city and your neighbours

Every year, all over the world, people come together on the first weekend in May to explore their urban environments and connect with their neighbours.

The Jane’s Walk weekend celebrates the ideas and continues the legacy of urban advocate Jane Jacobs. Jacob’s idea was to get people more involved in their communities and more connected with each other.

Since its humble beginnings in Toronto in 2007, Jane’s Walk has expanded to include walks in more than 100 cities in 22 different countries. Waterloo Region alone hosted a whopping 17 different walks last year.

“She was an urban activist and advocate and she spawned a lot of ideas that are now mainstream for urban planners and designers in how to build cities that are built for people first, rather than built for cars or industry.” said Juanita Metzger, community engagement coordinator at the Waterloo Region Crime Prevention Council, who is in charge of organizing the events in this area.

The fear is that without proper urban planning we effectively isolate ourselves from each other and subsequently from our environment.

“People that go from point A to B to C to D in their cars without ever having contact with each other, their environment, and the places and spaces that make a neighbourhood really hum.” said Metzger.

It should come as no surprise that the Crime Prevention Council is helping to promote Jane’s Walk.

Jane’s Walks are as diverse as the cities and people that host them. The free walking tours are led by civic minded locals who want to start a conversation about the places that matter to them. Anybody can lead a walk, and it can be as simple as leading people around your neighbourhood and pointing out the things that interest you.
While many walks will focus on the historical aspects of areas, some will be issue-based with topics like accessibility, safety, re-naturalization, or issues relevant to youth, immigrants or the LGBTQ community.

In the past, Waterloo Region has hosted walks highlighting the history of Victoria Park, the industrial past and present of the Breithaupt area, walks through historical downtown Galt, educational tours through the Mount Hope Cemetery, and an informative look at McLennan Park which was at one time a garbage dump.

There was even a digital story telling of downtown Kitchener that had walkers using their smartphones to look up video clips that helped tell the story of unique downtown spaces.

There’s no sign-up process if you want to participate – just show up, discover your urban environment, and connect with your community! Jane’s Walk will happen this year on May 2,3, and 4. Visit janeswalk.org if you’d like to get involved, lead a walk, or take a walk.