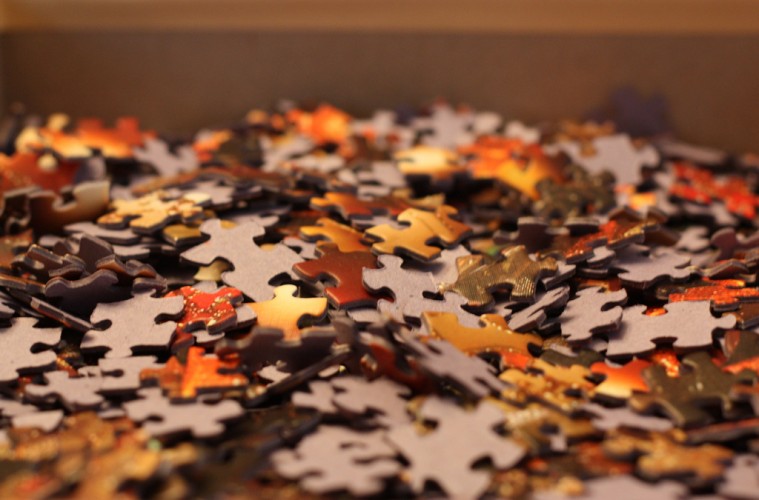 Understand your Many Parts, Be Happy-ish

Goethe lamented that “two souls, alas, do dwell within this breast; the one is ever parting from the other.”  We’ve probably all observed this inner conflict in ourselves and others: maybe we’ve been in a relationship where our lover’s affection was suddenly replaced by cold distance and abandonment; maybe we’ve bounced back and forth between an exhausting drive to achieve and a crippling lack of motivation; or maybe we’ve watched helplessly while a person we knew to be loving and gentle destroyed themselves and the people around them with rage or addiction.

A big part of my job as a therapist is to help people understand these confusing and sometimes overwhelming inner realities. How is it possible for a single person to house so many conflicting patterns of thinking, feeling, and behaving? From the beginning, therapists have sought to answer that question by mapping out the multiplicity of the psyche. And despite their different languages, therapists have tended to agree that the psyche is not unified, but comprised of many different parts.

One way to understand the different parts of the psyche is Richard Schwartz’s Internal Family Systems Therapy, which I’ve found to be the most useful in helping people to map out and understand their inner landscapes. In IFS language, the psyche is made up of three different categories of parts: exiles, managers, and firefighters. Parts in each of these categories are essentially subpersonalities with their own distinct—and extreme—ways of thinking, feeling, and behaving. In addition to these parts, however, there is also the Self, which is the unconditioned essence within everyone. The Self is characterized by clarity and compassion.

Exiles are the aspects of the psyche that have been frozen in the past through trauma or oppressive family or cultural constraints. They contain overwhelming terror, loneliness, sadness, emptiness, and feelings of worthlessness. Have you ever found yourself suddenly feeling like a scared or lonely child? That probably means an exile had taken over.  These child-like aspects of the psyche want nothing more than to be seen, accepted, and loved, and they’ll do anything to make that happen. Unfortunately, that often means seeking out a saviour or redeemer, placing unrealistic expectations and hopes on that person and even enduring abuse at that person’s hands if it means continuing to receive their “love.”

To protect the person against the overwhelming emotion, neediness and dangerous decisions of the exiles, the psyche develops two kinds of protector parts. The first, known as managers, are the aspects of the psyche that prevent the exiles from being triggered by controlling our inner and outer worlds. They tend to be harsh taskmasters, and, despite their protective function, often cause serious problems. Self-criticism, anxiety, overachievement, body image issues and even depression all serve the managerial function of keeping exiles locked away. Body image issues or overachievement, for example, operate according to the logic that “If I am successful or beautiful enough, then I will never feel small and helpless.” Depression and panic symptoms can also serve managerial functions by preventing a person from taking risks that might lead to failure and thus activate an exile.

Occasionally, however, the managers fail in their duty to prevent the activation of the exiles, mostly because sometimes shit happens.  A failure, loss, break-up or even a seemingly innocuous comment from a stranger can activate an exile and the overwhelming feeling it contains.

Enter firefighters.  Where the managers are controlled and calculating, firefighters are reckless and impulsive, doing anything they must to put out the flames of overwhelming emotion.  Firefighter activity can take the form of binge eating, excessive drug or alcohol use, sexual promiscuity, self-harming and even suicide.  Needless to say, firefighter activity is often quite destructive, and it tends to lead to profound feelings of shame.

Last but not least, there is the Self.  The Self is not so much a part as it is a person’s inmost essence.  Where the parts are identifiable by their extreme character, the Self is identifiable by its curiosity, compassion, confidence, clarity, and connectedness.  All people, no matter how battered or lost they may seem, have a Self; just as the sun doesn’t disappear on a cloudy day, so the Self can only be obscured, never eliminated, by the extreme activity of its parts.

As it turns out, that kind of transformation is the key to the joy, freedom, and peace we’re all so desperately seeking.