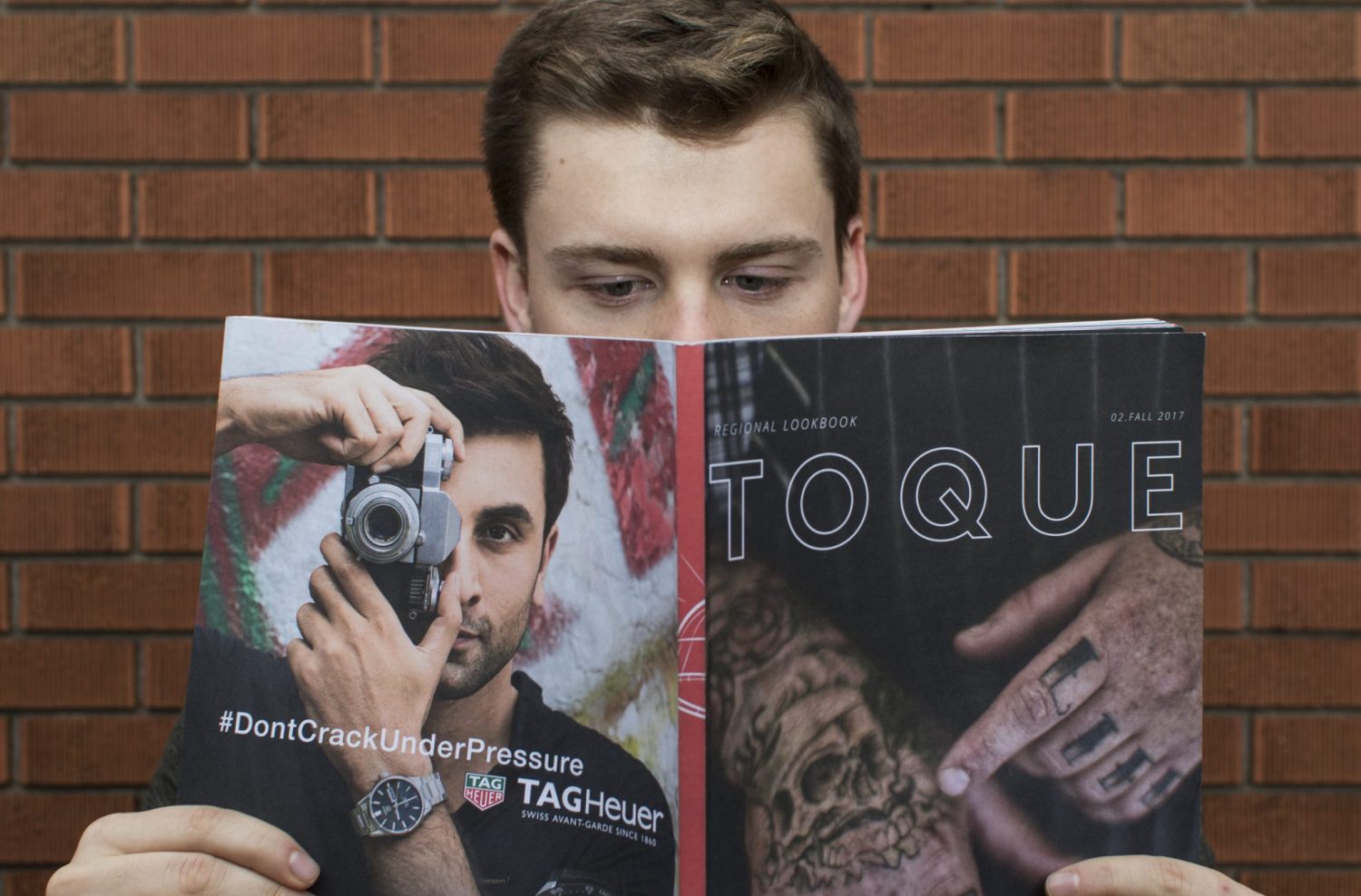 After years of planning and brainstorming the publication they knew they wanted to start, Tiessen quit his day job last winter and Sepulis reworked her freelance design and branding business to accommodate what would become Toque. They are now co-partners in Toque Ltd, which publishes the magazine and offers branding services.

“There’s a need for a regional lifestyle magazine, and especially one for, what I would call “the condo crowd” – young, engaged professionals who have money,” said Tiessen.

The final push to make Toque a reality came to Tiessen in November 2016 when he came up with the tagline “Brooklyn to Berlin.” Brooklyn Hill is one of the first established neighbourhoods in Guelph, and commonly known, Berlin is Kitchener’s original name.

“I loved this movement in Kitchener-Waterloo of looking back on itself,” said Tiessen of the recent trend of Kitchener businesses looking to European settlement in the community in the early 20th century. “It was almost like an epiphany. Brooklyn to Berlin was too good to not do something with,” he said.

“It essentially means multiple communities being brought together. Almost no one understands Brooklyn and Berlin as being Guelph and Kitchener, which is kind of the coolness of it,” Tiessen added.

In the next issue, the pair will be branching off into Hamilton to tell a few stories.

“There’s a level of pride too, that we put into the publication. There are cool things happening here,” said Sepulis, who grew up in Guelph. Tiessen grew up in KW and has since moved to Guelph.

“There is that need in the community for someone to say “no there’s tonnes of cool stuff happening here, you don’t need to move to Toronto.” And I think that’s part of what we’re doing here, is infusing that community pride,” said Sepulis.

As of October, Toque has published two issues, with a third coming soon; the plan is to be quarterly. They’ve also got their own branded beer, brewed by Royal City, where Sepulis has done a lot of branding work.

Right now, Toque is a two person operation, though they’ve had many requests from others to contribute.

“We each probably wear three or four different hats,” said Sepulis, who handles the design, branding and business side of things. Tiessen is the writer, photographer and distribution manager.

“Toque runs because of who we are, not necessarily because of a process that we’ve streamlined,” Tiessen said in regards to why it’s just the two of them right now.

Tiessen said they’ve already noticed a huge difference in the response to the magazine in Guelph, Waterloo, and Kitchener. Kitchener especially, he says, has really embraced the new publication.

Sepulis and Tiessen see Guelph and KW eventually uniting as communities, and they wanted to get in on the ground floor.

“In 10 to 15 years, whether people like it or not, Kitchener, Waterloo, and Guelph are going to be sucked into this larger outside of Toronto community,” he said.

“One thing you realize when you’ve lived in both communities is that they don’t communicate with each other, they’re like totally separate planets,” Tiessen added.

So that is part of Toque’s mission, to show residents of two separate regions, that they are not so different after all.

You can find the latest issue of Toque around Guelph and KW, usually in the same place you buy locally roasted coffee or craft beer.

This article was edited on Nov. 22, as the original article stated that Toque was an “advertorial lifestyle publication,” a label that Toque does not identify with.