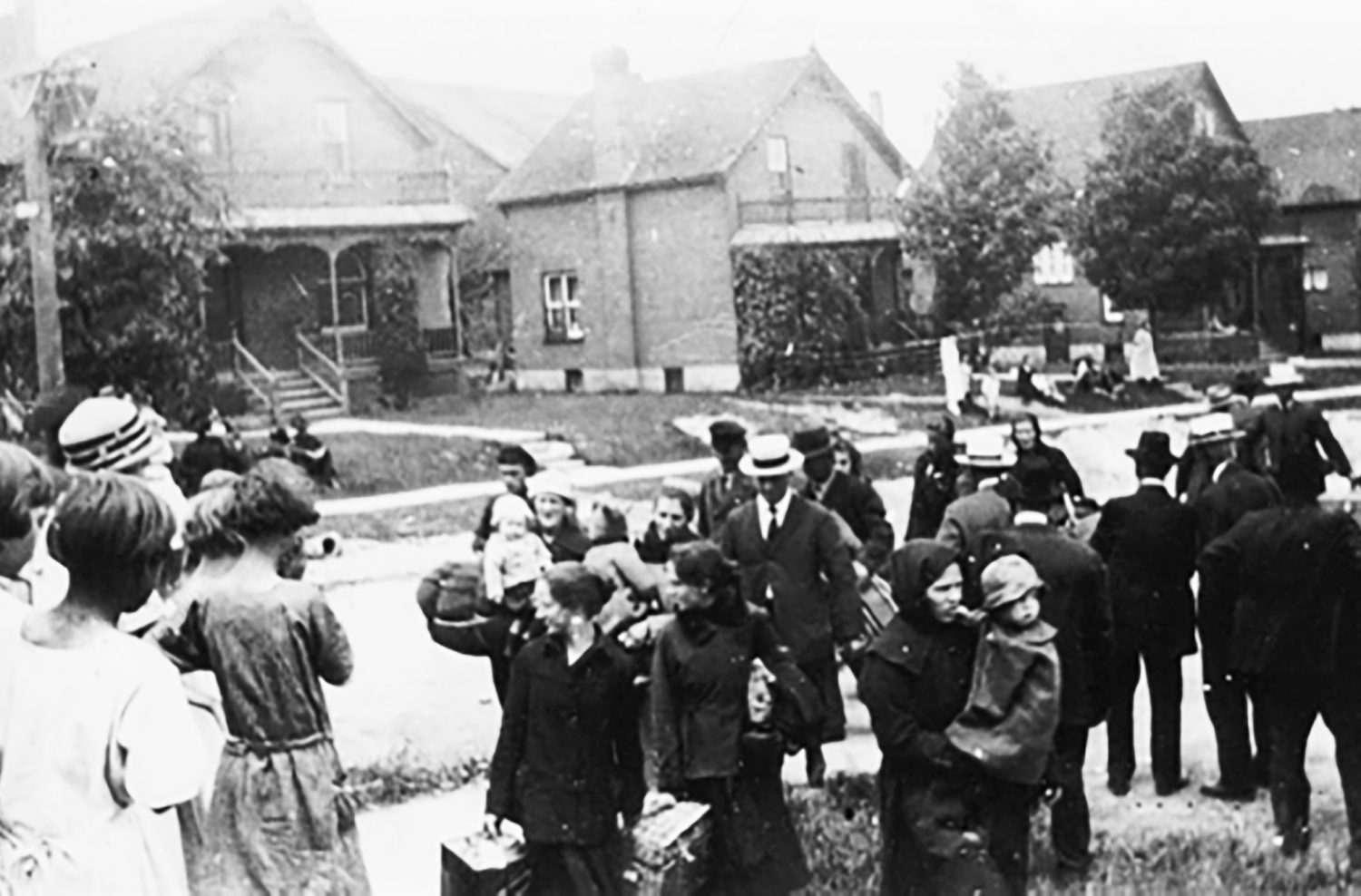 Following the Russian revolutions starting in 1917, many Mennonites were caught between passionate peasant movements, and violent national armies. In his book A Russian Dance of Death, Dietrich Neufeld includes excerpts from recovered diaries from that time, including the following, from October 23, 1919: “we feel as if we have been condemned to death and are now simply waiting for the executioner to come. Those who are not sunk in apathy are thinking of escape. But we have been notified that anyone caught three steps from his house will be shot without warning. Actually, there are so many armed riders around that any attempt to escape would mean certain death. Besides, there are the families to consider. And where could one go? The only safe escape would be across the border to another country!” In this photo from 1924, so-called Swiss Mennonites, who had come as refugees many generations earlier, meet Russian Mennonites on Erb Street, in Kitchener.

Photo courtesy of the archives at Erb Street Mennonite Church.

For a more contemporary statement, read Carolyn Gray’s powerful story about Rudi Okot, who came to Canada as a refugee, and about we are connected to the “refugee crisis.”