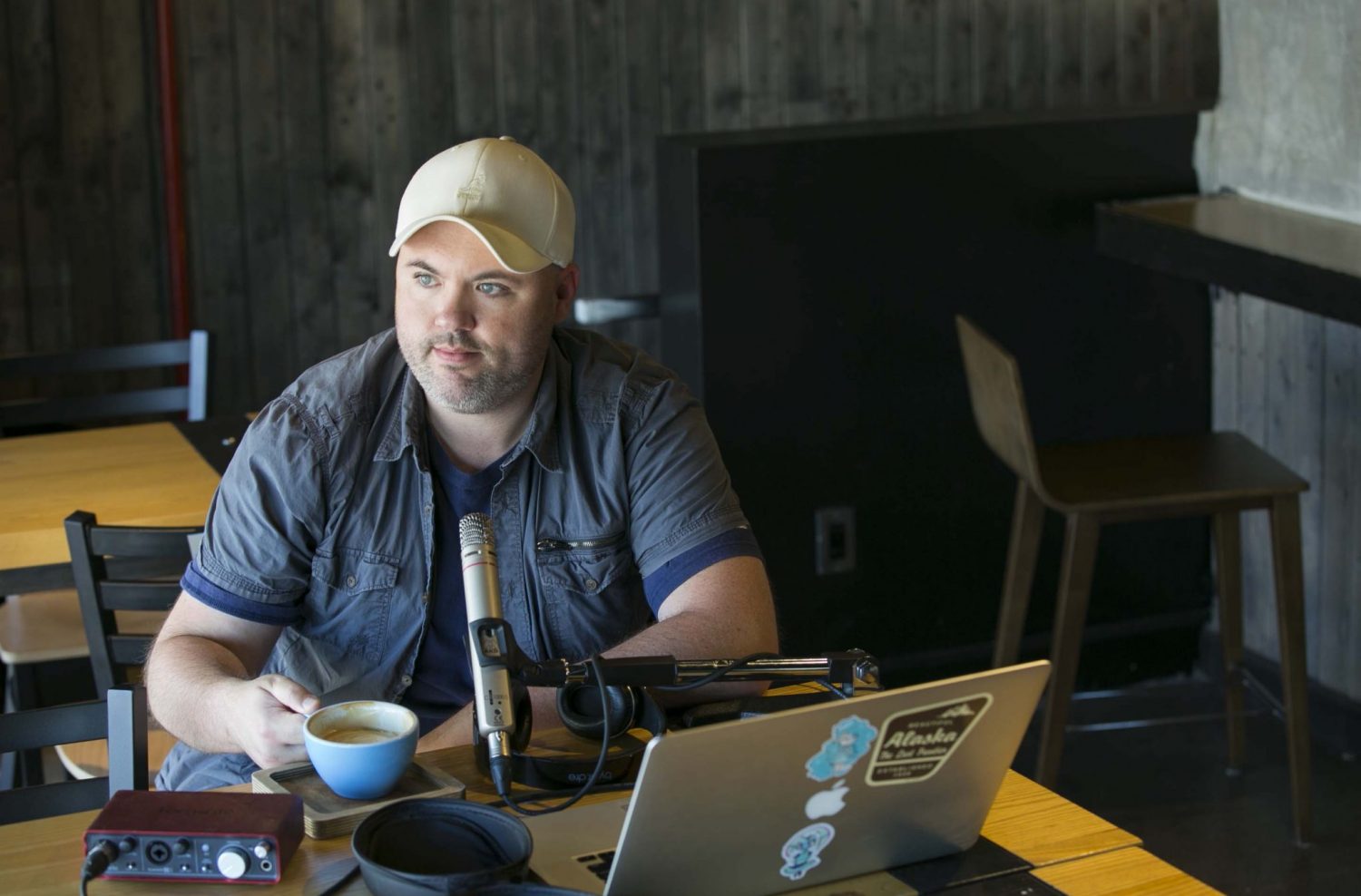 For over a decade, Todd Donald has worked to make his voice heard in Waterloo Region. Now, as the host of the local podcast, The Coffeehouse Crowd, Donald is ready to evolve with the renaming of his show, The Todd Donald Show.

The Todd Donald Show is a weekly podcast that features local artists, musicians and community advocates based within Kitchener-Waterloo and is hosted, of course, by Donald. What was originally an un-branding of a podcast Donald had participated in before, The Coffeehouse Crowd, has been posting their episodes to listeners for over a year.

While it doesn’t take place in a coffee shop itself, the idea surrounding the podcast originally stemmed from the atmosphere of a local cafe, where individuals can talk freely and openly about art, music and community events.

“I wanted to recreate the experience of chatting with other artists and hearing them play at a coffee house,” Donald said. “Cafes have a thing where people who didn’t really feel like they fit in [can go in to] have intellectual conversations about art.”

“I would consider the renaming of the show almost like an un-branding,” said Donald.

“It forces me, as someone who’s not good at branding, to keep evolving what I do.”

In the mid-to-late-2000’s, Donald attended Conestoga College to specialize in radio broadcasting. While attending, Donald took over the college radio program “The British Invasion,” which he rebranded from a punk rock radio show to an indie rock show. Being a singer/songwriter, Donald invited his fellow musician friends to come on the show to play their music, promote their work or just goof off.

After moving on from Conestoga College, Donald has shifted his creative side and passion for broadcasting to the world of digital podcasting, hence the conception of The Coffeehouse Crowd.

Since its first episode in September 2018, Donald has interviewed a variety of fellow podcasters, artists and musicians in the Region, many of whom are close friends and colleagues on his podcast. He has brought on the hosts of fellow KW podcast Ape Audio, as well as the hosts of the KW feminist podcast FemWaves, Wendy Huenul and Kate Schlitt, to The Coffeehouse Crowd. They have discussed everything from the local music scene, to growing up in the ever-changing Waterloo Region.

“We all find people interesting on social media from a distance, [but it’s great] to actually have a genuine relationship that exist in two hours,” said Donald.

“[Having a podcast has] informed me a lot about myself and how others analyze what they’re trying to do creatively and how candid one is. You deal with people who have prepared things to say and people who do not.”

While the podcast is currently in the midst of changes, Donald still wants his listeners to believe they’re not just listening in on a conversation, but rather they are being comforted by familiar and new voices that make up the Region.

“I also feel that the greatest podcast will always be the most entertaining ones, the most interesting ones rich with giving you an experience and have no agenda,” Donald concluded.

“My desire for the listener is they feel like they’re hanging out with people.”