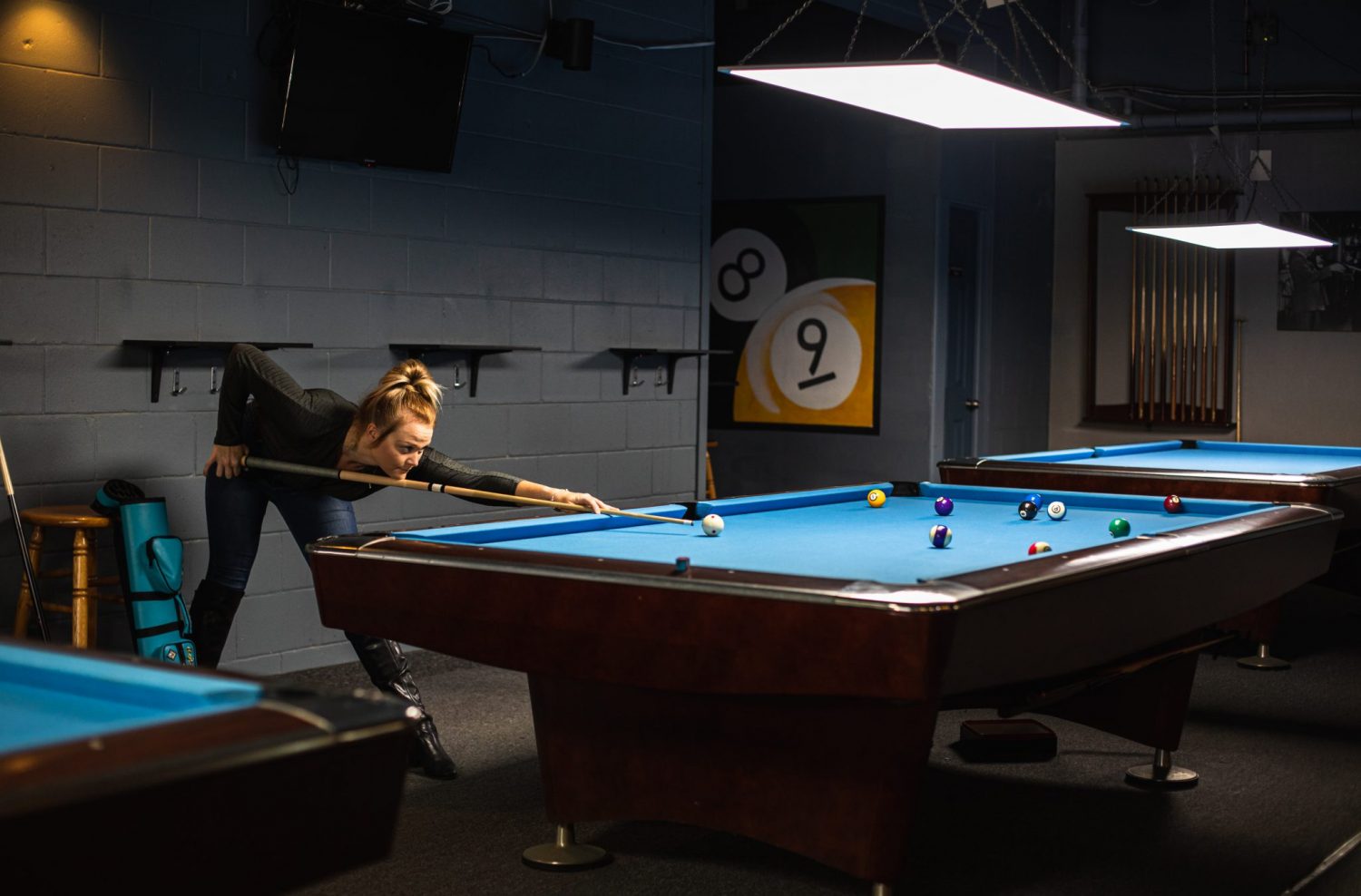 Breaking the Perception of Pool

Years ago, I convinced my father to buy a pool table at a yard sale. It had a large, questionable stain on the felt near one of the corner pockets and barely fit through our house’s side door. It was tattered, beat-up — and fantastic.

Trying to pot balls from awkward angles in my parents’ cramped basement helped me learn some basic pool mechanics. It wasn’t until I joined a Sunday night pool league at the Break Room (back when it was situated in downtown Kitchener) that I began to take pool more seriously.

The Break Room has since relocated to Weber Street in Waterloo, tucked away behind a Speedy Glass. It’s one of three pool halls in the Waterloo Region where serious pool players frequent — the other two are Fredrick Mall Billiards and Chicago Pub & Billiards. It was in and around these pool halls where I first met Jayde Malek.

With her big personality and infectious laugh, Malek’s presence is nearly impossible to miss. She walks into these pool halls with the confidence and assurance of someone walking into their own home; she can tell you who every single league player is and how they shoot. Malek made history a few months ago when she became the first woman in Kitchener-Waterloo to be ranked as a seven, according to the system used by the Canadian Pool Players Association.

“When I got the message saying, ‘Congrats on being the first female seven in our Region,’ I won’t lie, I cried happy tears. I never thought it was something I would be able to accomplish,” Malek said.

Handicaps range from two being the lowest and seven being the highest. Tye Zinger, a division representative for the league, explained that handicaps level the playing field.

“A lower skill player needs to win fewer games against a higher skilled player. There is no real “advantage” for either player. It is challenging for both,” Zinger said.

Becoming a seven is a phenomenal achievement. Malek reflected on how the pool community responded to the news.

“I was getting hugs and handshakes for a while after that from my peers. It felt good to accomplish that,” she said. “I feel I have more weight and pressure on my shoulders now that I’m a seven, but my drive to improve has stayed the same.”

Though she is certainly talented and has grinded for a long time to hone her skills, pool is more than just a competitive sport to Malek. 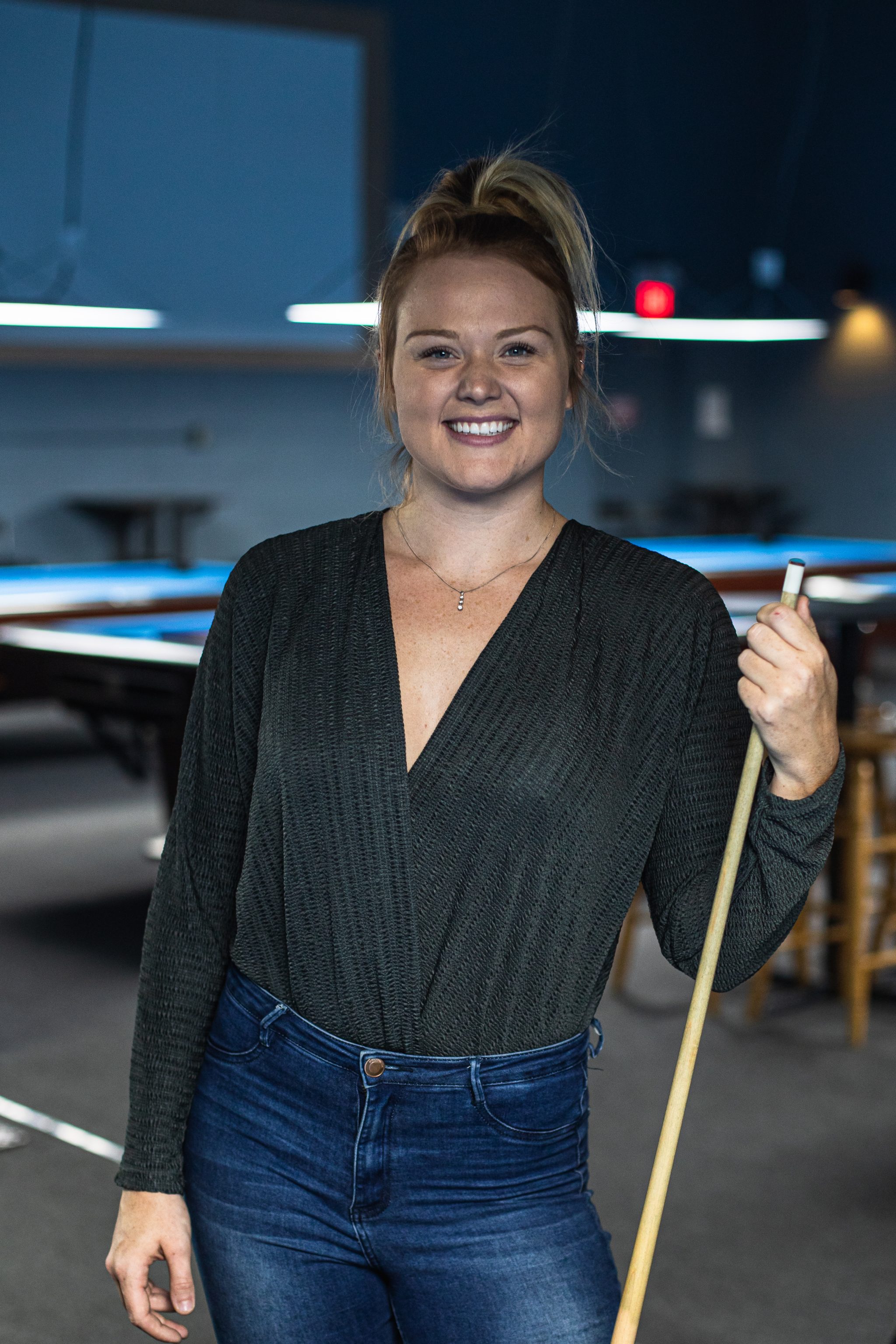 “Being a pool player is simply the best thing that’s happened in my short 23 years. I was introduced to the pool community when I was just 20-years-old and I’ve grown so much since then.” Malek said. “The pool community is a family — they’re my family.”

Admittedly, I found it personally daunting at first to join a league. I didn’t know of any other Black people who played in pool leagues locally. After tentatively signing up to play, I was anxious about whether I would be able to connect with the members on my team. I quickly learned that my fears were unfounded: KW’s pool community has attracted some of the friendliest, down-to-earth people I have had the pleasure of getting to know over the years.

However, I have become interested in the history of diversity (or lack thereof) in pool halls, not just in KW but also across North America. Perhaps the only other Black person I’ve seen play pool seriously in KW is local pool legend Mike Parkin. His journey from Jamaica to Waterloo in ‘75 had me curious about where he used to play in this Region.

“I played at Pool Paradise,” Parkin mused. “Sharp Shooters, too. Started off playing snooker for about 10 years at Gentleman Billiards, which was at the corner of King and Victoria.”

As he rattled off these old pool halls, I asked Parkin what the pool scene was like back then.

“Back in 1975, everyone playing pool was gambling. Mainly white men. Most were blue collar.”

Despite this, Parkin argued that the negative stigma of pool halls as “seedy, underground places” was no longer accurate.

“That stigma came from the 50s, 60s. It stuck, and it took a while for people to realize that people from all walks of life played,” he said. 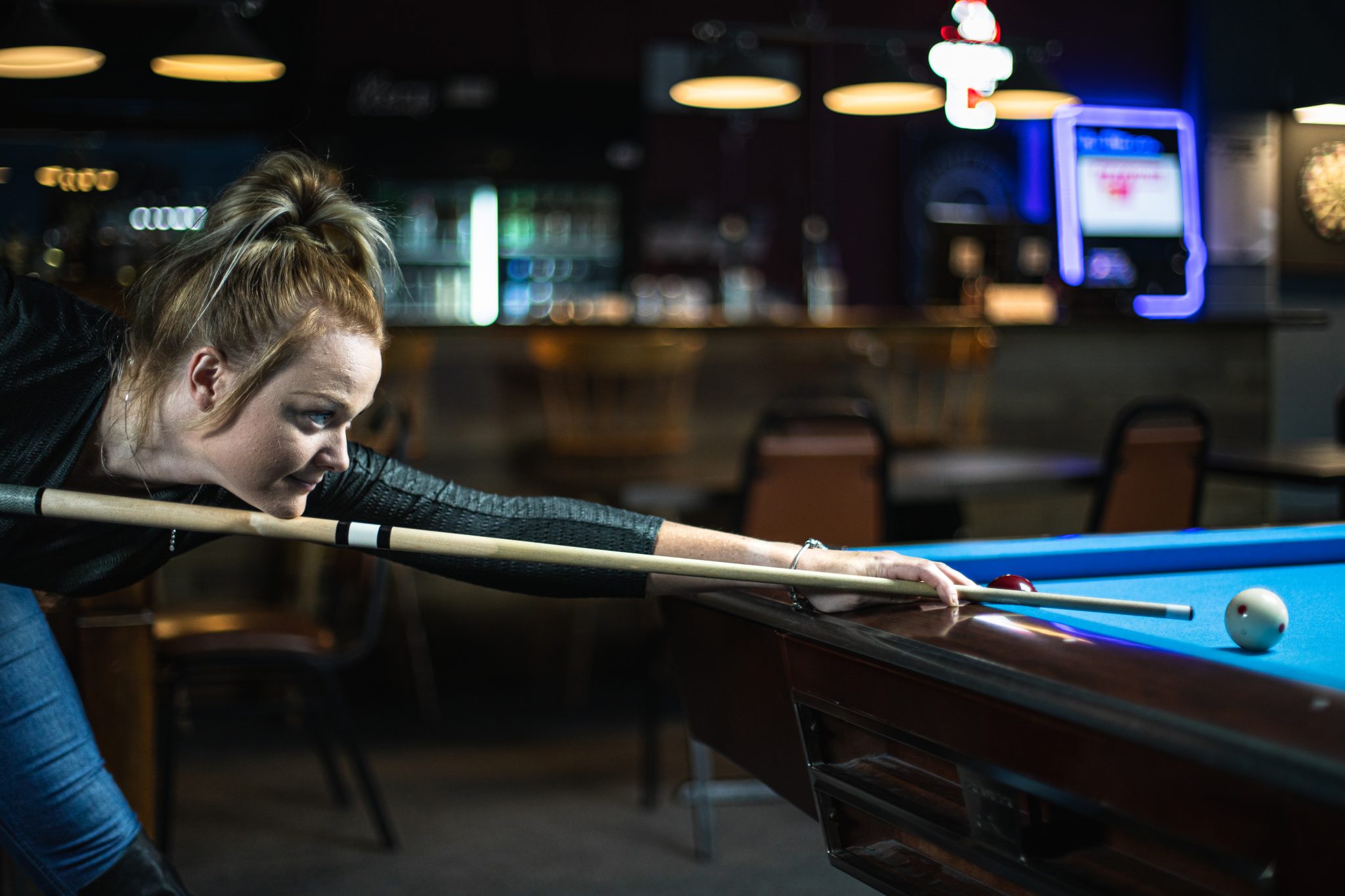 Though the legacy of pool halls as insular and rough around the edges may linger, KW’s local pool halls and leagues have been intentional about being more accessible and welcoming.

In my role as a support worker, I have found that the adaptability of pool makes it a particularly inclusive recreational activity. I’ve facilitated weekly games with neurodiverse folks, as well as with people with physical disabilities. Malek, who played pool in a wheelchair for four months due to a knee surgery, can attest not only to the accessibility/adaptability of pool, but even more generally about the shifting culture.

“Pool is for everyone! There are tournaments for people with disabilities, wheelchairs and even kids. Pool has no limits,” she said.

Lots of people like to mess around at a pool table, but if you’re interested in joining a league, Zinger explained that there are many options.

“CPA has open divisions, a ladies league, wheelchair league, junior league, and skill-based leagues. There are different levels of competition, based on individual preference.”

My skills improve after every session I play in, and I keep upping my challenges.  My most elusive goal since joining has been to achieve a break-and-run. It’s when you break a rack and pot all your balls, concluding with the eight-ball, without missing.

As I chase this pipe dream down, however long it will take me, I know I’ll have exceptionally kind people who will coach and support me every step of the way.