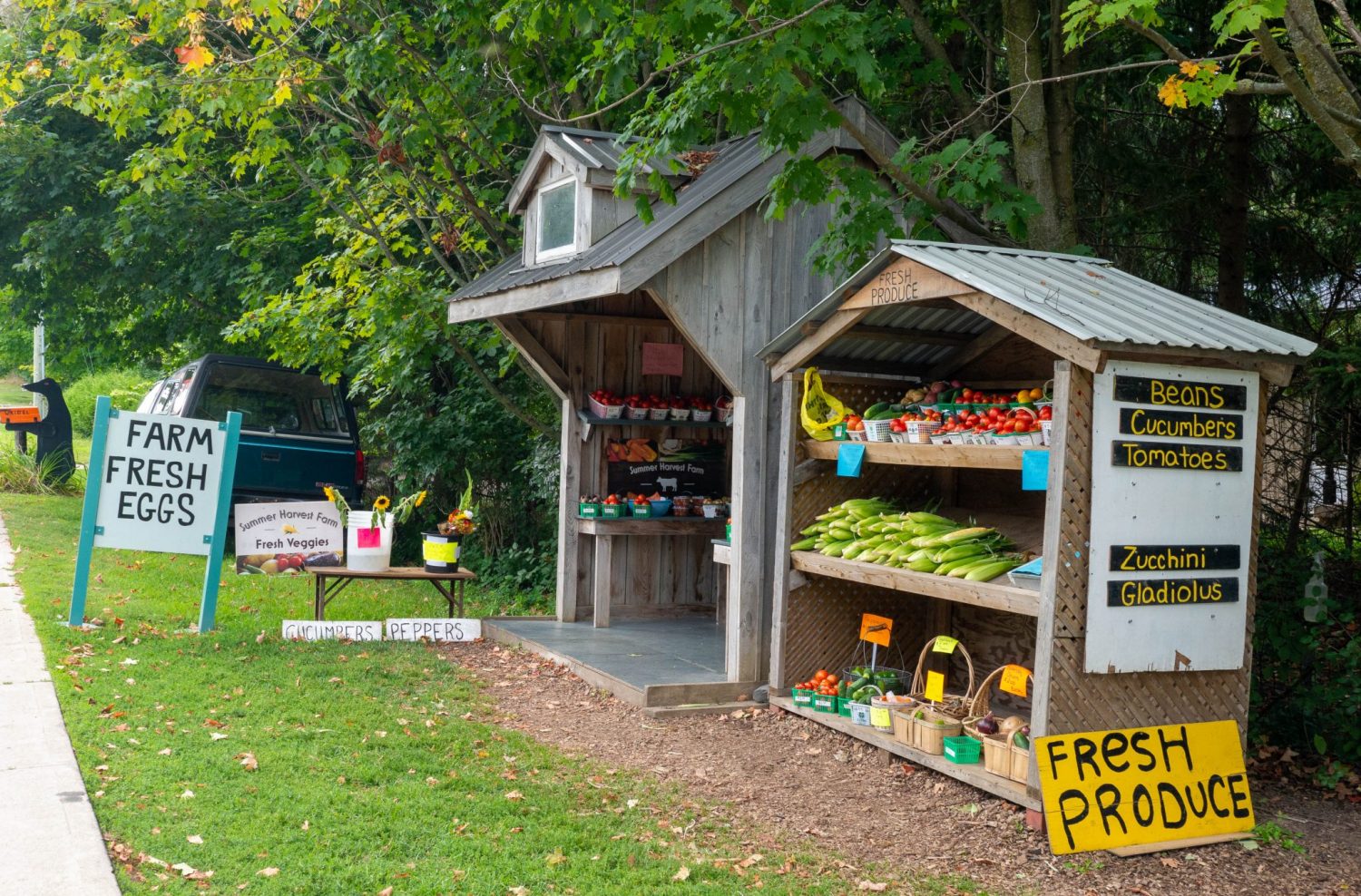 When something unique and one-of-a-kind comes around only once a year, I recommend putting it on your calendar, in ink, and guarding the day from other plans.

There’s only one Wellesley Apple Butter and Cheese Festival and your sole chance to indulge arrives on Saturday, Sept. 28.

September is high season for harvesting, which means the perfect time to plan a day in rural Wellesley Township, 20 minutes northwest of Kitchener and Waterloo. The one-day festival and the surrounding produce stands will fill bellies and cupboards with a bounty of veggies and all things apple and cheese.

The Apple Butter and Cheese Festival began in 1976 as a way to promote the town of Wellesley and its major businesses, A.W. Jantzi & Sons Ltd (now Wellesley Brand Apple Products) and the J.M. Schneider Cheese Factory, at the time.

Festival Coordinator, Jamie Reid, has been at the Festival every year since it began.

“I was born around the same time the festival first started and my parents were involved from the beginning so I had no choice. But, I grew up knowing how important this day was to the community,” Reid said.

43 years later, the ABC — as it is locally known — is still steeped in the traditions with which it began; the festival is entirely volunteer-led and funds raised from the day’s events support community projects in the town of Wellesley.

You can tour the cider mill at Wellesley Brand Apple Products to see where they press over one million litres of sweet apple cider each year. Kevin and Steve Jantzi, third generation owner-operators of the almost 100-year-old company, say it’s a “special day of the year” and their family has been welcoming guests since the festival began in 1976.

You can also take a free 45-minute tour of the Hogendoorn Farm, a very modern dairy operation milking approximately 450 cows. Bus transportation to and from the farm is also free.

Other special events at the festival include a horseshoe tournament, an all-day music stage and a boat regatta hosted by Golden Triangle Marine Modelers.

In between the entertainment and tours, fill the day with the pancake and sausage breakfast at 7:00 a.m. or the smorgasbord lunch beginning at 10:30 a.m. Graze your way through food vendors selling apple fritters, applesauce, apple butter, candied apples, fresh apples, apple cider and of course, cheese — all the cheese.

For a break from the festival scene, hop in the car and drive the backroads of Wellesley Township in search of produce stands at the end of the farm lanes. As a rich agricultural area, the flowers, vegetables and fruit are top quality. Bring a pile of coins and change or fill your basket until it totals an even $5 because most stands have a lock-box honour payment system without the ability to make change.

If there’s still room in that bulging belly full of sausage, pigtails, apple fritters and cider, I suggest you make one last stop at the Sunnycrest Bakery in Hawkesville on your way home (open Saturday 8-5 p.m.). You can fill up on a few more baked goods, just in case you need a snack on Sunday.