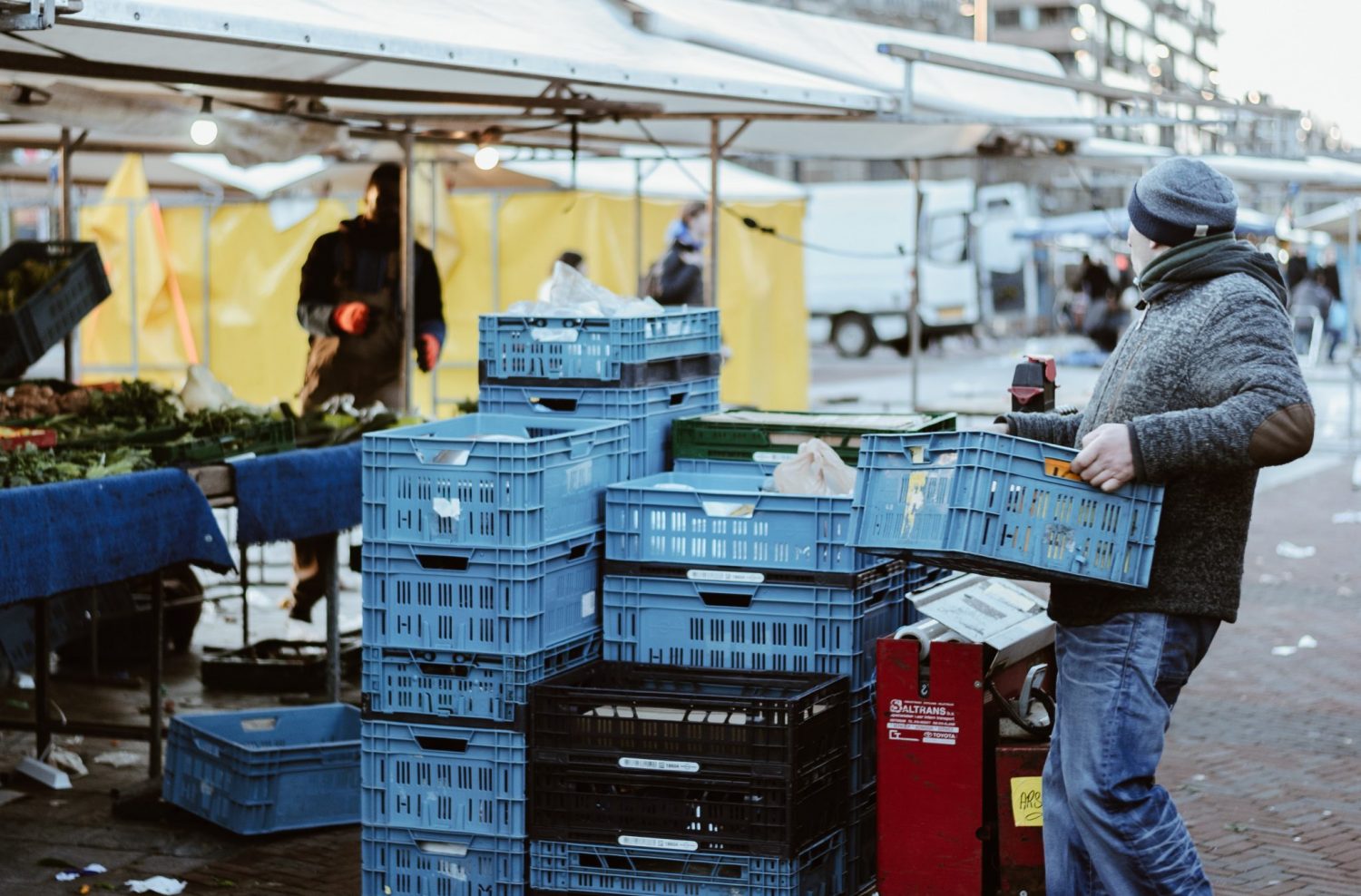 The Strength of the Chef/Supplier Relationship

Restaurant suppliers can be the most simple of relationships for a restaurant owner. I order items, they drop them off, but that’s not necessarily where it ends.

In my kitchens, I have always strived for something a bit more personal. Coming to my back door has always come with the expectation to stay a few minutes and talk, share, inform and inspire. That’s when I know I am squeezing the most out of the relationship. Why just get boxes off the back of a truck, when you can get to know the folks who got it there?

This philosophy makes better cooks and a better supply chain, plus amazing table side yarn spinning. I never tire of telling guests how Farmer Dale used to tell his hot peppers apart.

My best suppliers have become friends. I’ve catered their weddings, partied with them and worked alongside them.

Last month we lost one of the best that ever was: Rick Knowles, aka Pretty Ricky, of Hope Bay Trout Farm. He was a purveyor of fine fish and storyteller extraordinaire.

I started buying fish from Rick 20 years ago when I took over a kitchen in St. Jacobs. He was the current supplier and I didn’t need to rock the boat. We were immediately pretty comfortable with each other, something Rick valued in his customers. He didn’t have much time in the day to deal with “assholes,” as he’d say. Rick valued mutual respect.

Rick had a few years on me; he was a strong and sturdy man who gave the impression he could tear a beaver dam apart with his hands, which if the stories are true, he has.

A bear of a man clad in plaid and an old ball cap on most days, Rick had a wit as sharp as his filleting knife, and the kind of dependability you could feel.

Every Tuesday, when Rick brought me fish, for almost 20 years we shot the breeze, discussing everything from food, hunting, politics, restaurant trends, the fishing industry and in more recent years, his beloved wife and family.

I always looked forward to our chats and the wisdom he’d share, always generous with his opinion and stories. The knowledge he gained in a lifetime of fish-mongering was not wasted on me. I soaked up every salty drop he shared. Did you know wild caught Whitefish is better in the winter when the flesh is higher in fat due to the icy waters of the Great Lakes?

A great supplier can really make an impact at a restaurant. I have been spoiled over the years by some of the best, and I was gutted last month to loose Rick. However, I take some solace knowing how much better I am for having known him — as a chef and a human. I know countless cooks who spent time in my kitchens will say the same thing.

The last conversation I had with Rick was perfect. He suggested I be more careful with the heavy load I was lifting and cautioned that I could lose a finger, all while holding up his hand sporting a stubby of his own.

I remarked that his digital amputation must have been recent, as I’d not scene it before. The story was gruesome and I won’t share it, but I did ask if he took himself to the hospital or handled it himself as he often did. He laughed and said “hospital!” pausing for a moment and then laughing again, declaring his wife made him go!

Joan, you really tamed the Bear. Thanks for that; it was awesome listening to Rick gush over you and the family!

I wrote this today to share some of the softer sides of the kitchen that folks on the outside don’t see, and also my professional career has kept me from attending Rick’s service.

So I’ll say goodbye here. Just don’t let him know I called him Pretty Ricky, it might not go over so well.

Check out the online article for my recipe for seared wild caught whitefish — my favourite thing with gills. That recipe is all thanks to Rick, who taught me the importance of freshness and respecting fish, it all shines through in this dish.

I’m going to keep this pretty short and specifically about the fish — you guys can sort out what to serve with it, warm chickpeas, simple risotto, fries and fresh greens all come to mind and good options.

Whitefish is a super mild fish, great texture to the flesh and skin that can be crisped up nicely. It won’t overwhelm the pallet with heavy, oily fish flavour like other skins can. As I mentioned in my column, whitefish is at it’s best in the winter when the lakes are still fishable, the icy cold water temperatures add fat to the flesh and result in a more flavourful and juicy finished product. Having said that, it’s good all year long and fished locally from Lake Huron and Georgian Bay. Fresh is what it’s all about with fish, so put less kilometers between you and your catch and try lake fish more often.

T and J’s Seafood in Kitchener is the place to get it. Jeff and the team have worked with Rick forever and always have a great supply of the good stuff. Ask for it as a fillet, so it’s easy to prepare for this recipe.

We are also going to use the unilateral cooking technique I told you about a while back. Basically, we want to cook the fish skin side down the entire time to get it as crispy as possible while keeping the meat around medium.

Another trick is to get the skin as dry as possible before cooking it, so set it skin side down on a paper towel and in the fridge for 15 minutes or longer prior to cooking.

Using a decently thick pan, cast iron preferred, set the temperature on your burner to around medium high and let it warm up.

In the meantime season the fish skin side, with a generous amount of salt and pepper. We are going to put about 75 per cent of the total salt and pepper on the skin side for two reasons. One: it will help with the crisping aspect. Two: we want to really bring out that pop of flavour living in the skin.

Add half of the butter to the pan, let it melt and brown a bit. Now, gently laying it down away from your body, place the fish down on its skin and shuffle the pan a few times to make sure it didn’t stick to the pan. Apply the remaining salt and pepper to the flesh side of the fish and away we go.

At this point, using a spoon, bath some of the extra butter onto to the fish and continue to sear. You should start to see the colour changing in the meat of the fish as it cooks. Continue to cook skin side down until the fish is nearly cooked through, 3-4 minutes likely. Keep an eye on the pan temperature and turn it down if it gets too hot.

At this point, flip the fish so its skin side up, this will finish the cooking off very quickly so move quick, squeeze a lemon into the pan along with a few drops of white wine if you have it on hand. If not, water will do. Allow it to reduce while deglazing the pan. This is about 30 seconds. Remove the pan from the heat and add the remaining butter. Swirl it to emulsify the sauce and eat it right away.

This recipe can be modified easily by adding things like capers, olives, bacon, herbs and much more, but I encourage you to enjoy the subtle and sublime wonders of freshly caught Whitefish on its own!