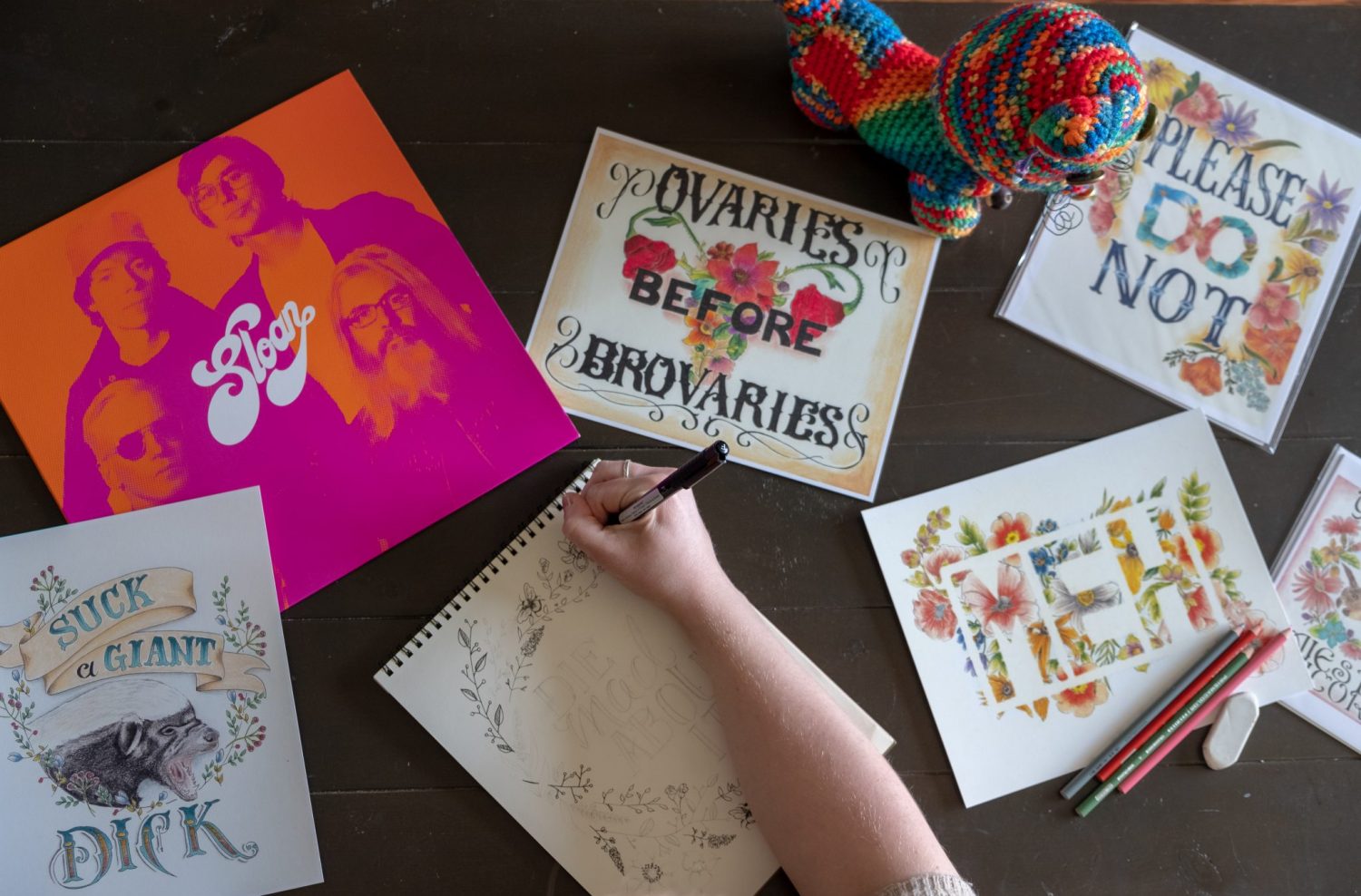 The Side Hustle: Taking It Less Seriously With Cheeky Art

Stefenie Walker, Kitchener-Waterloo-based artist, creates some very entertaining works of art, all of which are hand-drawn. Her drawings include phrases such as: “Lower your Expectations”, “You are cool as hell,” and “Suck a Giant Dick,” to name a few.

Walker, also known as “PsychPsten,” on Instagram and “PsychedelicPsten” on Etsy, is a self-proclaimed poster artist and an Etsy seller based out of Kitchener-Waterloo. While her art is only a part-time gig, she likes to have fun with it. So why not turn that into some cash flow?

“This stuff is fun. It’s sort of my catharsis. It’s what I do to chill so I just throw on some YouTube videos or something and let it play in the background … Bob Ross is a [must],” said Walker.

During the week, Walker works at her full-time job at the Perimeter Institute for Theoretical Physics. In her off time, she studies for her bookkeeping course, and then hangs out with her daughter, a creative eight-year-old who seems to have taken over her mother’s artistic genes. 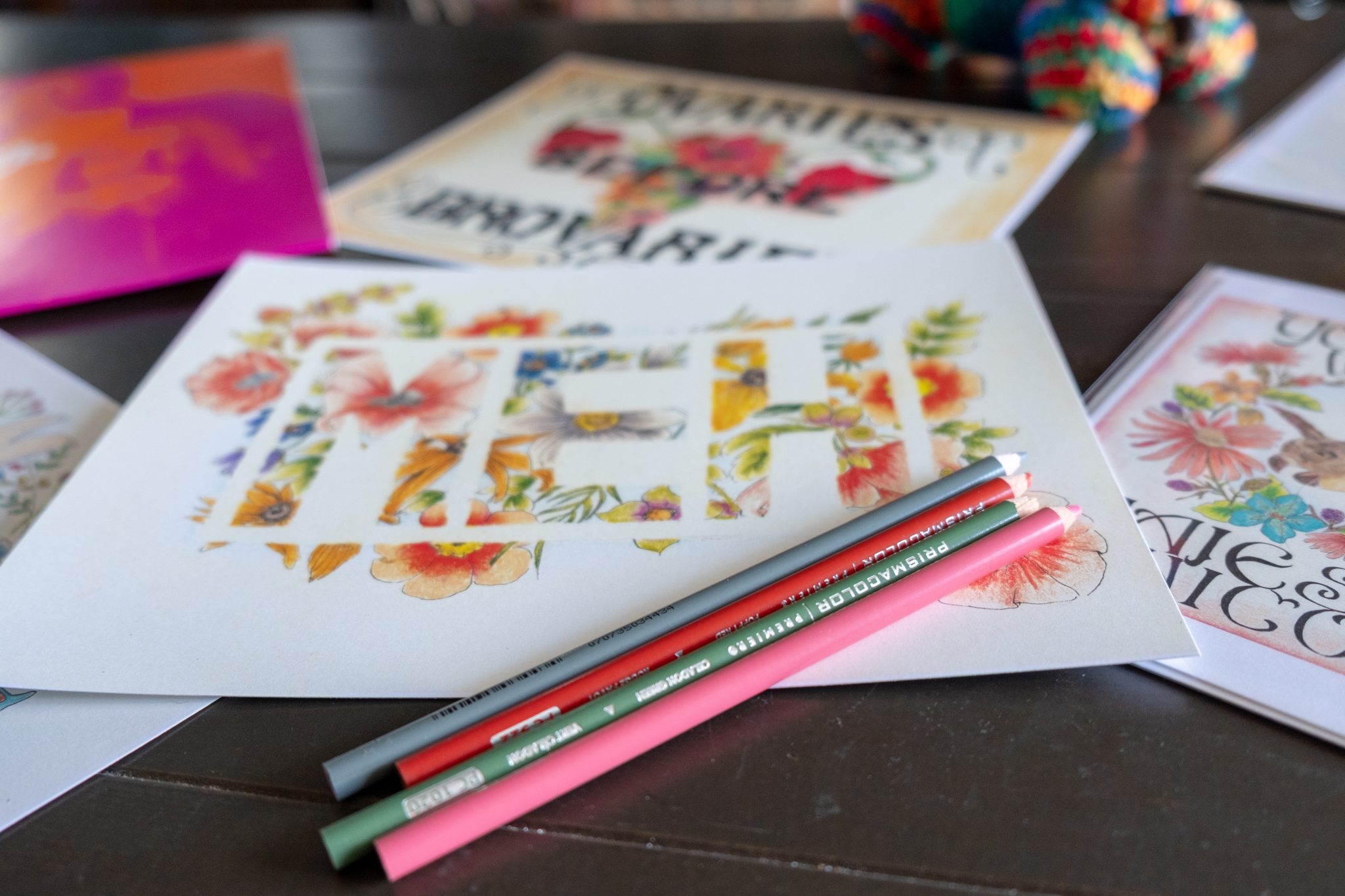 Growing up, Walker was surrounded by family members who also identified as artists and photographers. Her grandmother, a talented painter who specialized in water colour, was a major influence on Walker. Both shared a passion for art, but to be anonymous with their work.

“They did an art show at her home one time, she was the featured artist,” said Walker. “I asked her how she felt about it and she was like ‘I prefer [anonymity]’.”

Walker started selling her work on Etsy and around the K-W Region in the last two years, but she always seems to be working on something with her hands. She went to Wilfrid Laurier University and majored in archeology, then went to Conestoga College for Women in Skilled Trades, and later worked in areas of construction.

Since she started selling her work, Walker has become a part of four Etsy shows, and will be participating in the “Etsy Made in Canada: Spring Edition!” show on May 5 at RIM Park. While she specializes in creating letter-sized posters and cards, Walker is also planning to sell more t-shirts, based on a high-demand for it. On Etsy, she has sold 132 of her own products and even more in-person. 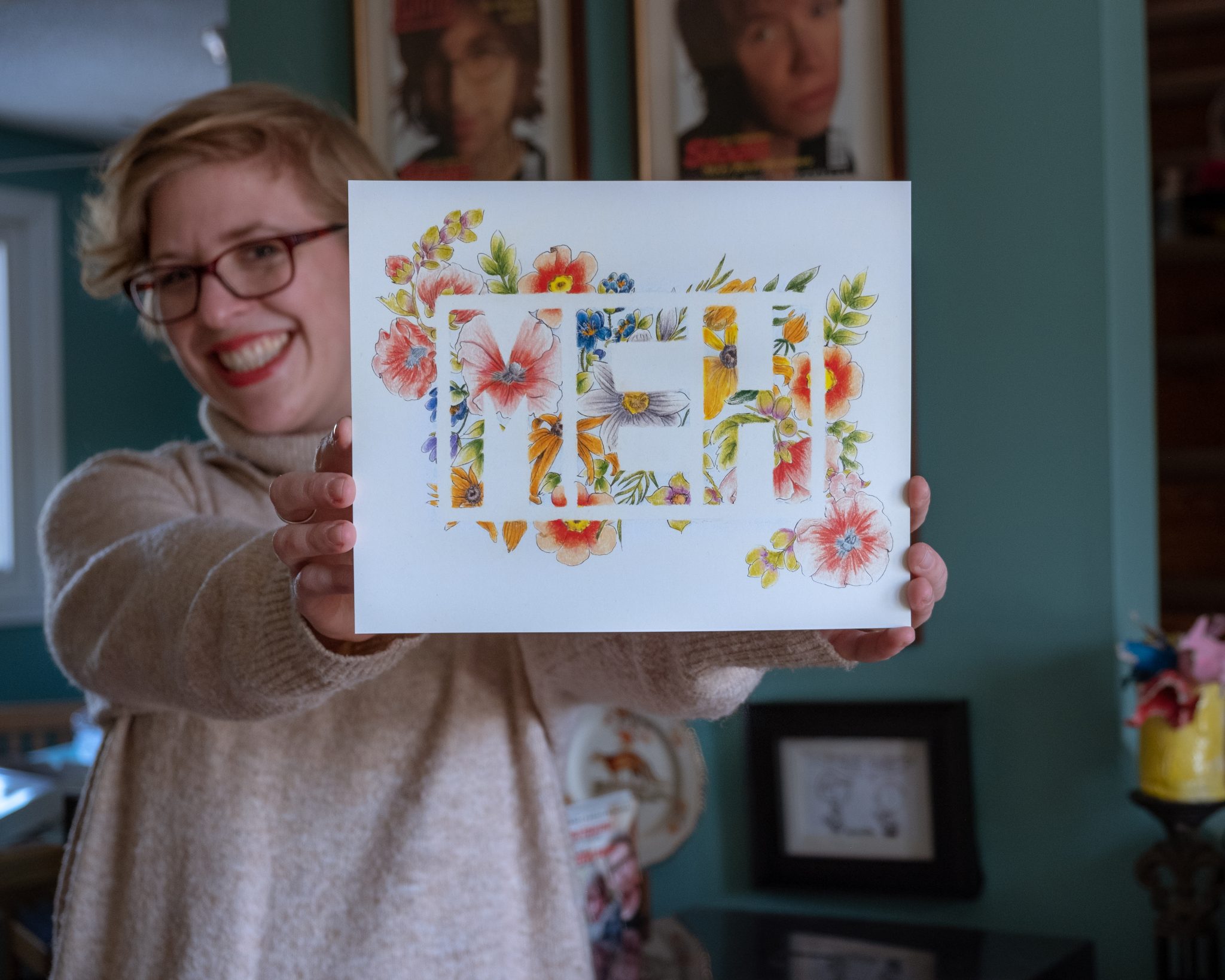 “I think people are starting to appreciate more of a hand-made and unique and interesting [art].”

While she tries to stay around the K-W Region, Walker said that that sooner or later, she’ll think about branching out of KW and potentially start selling her art in the surrounding areas, such as Guelph.

“I just kind of go with the flow,” said Walker. “I’m trying to grow as a person and not say no to some things. So, if things pop up — like a store asks me to put some stuff in — then sure.”

Even if her customers at art shows and followers on social media refrain from purchasing her work, Walker said she always admires the way her art brings about a positive reaction out of people.

“It’s not so much that people are buying it, but they always get a kick out of it.”

Going forward, Walker explained that she’ll always be drawing if there’s a desire for it, and she enjoys working and selling her art as just a side-hustle. With her daily routine – work, school, and parenting – she says she enjoys where she stands with her art right now.

“I think it’s a good balance where it is right now.”