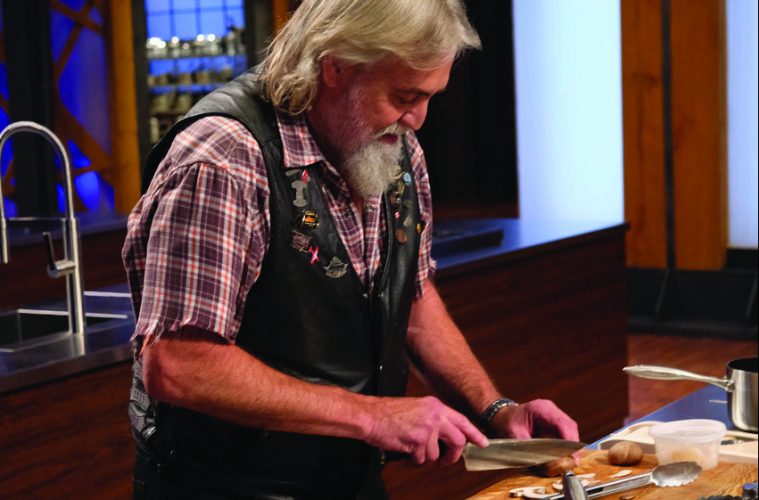 Do You Know The KW Muffin Man?

Kitchener’s Peter Maltais, a 56-year-old truck driver, nearly made a splash on MasterChef Canada in the series’ fifth season. With a promising run-up and a few excellent dishes submitted to the judges, Maltais was eliminated from the competition just before making the top 12.

“Am I disappointed?” Maltais said. “Absolutely not. I’m not disappointed at all. It was such a major achievement to do it, it was kind of like a dream come true.”

For Maltais, the show was an exciting opportunity to be a part of a competition he had been watching since its inception with his wife. It was her encouragement that pushed him into auditioning.

“My wife and I would watch it and she would encourage me, I should participate,” he said. “Once I stopped drinking and smoking I took cooking way more seriously and it seemed … I could actually maybe get on that show.”

Maltais found that cooking became a great way for him to flex his creative muscles. Much of that creativity was put to the test from the desire to feed both of his visiting granddaughters the exact foods that they wanted for dinner.

Instead of either girl compromising, Maltais began to make mini muffins.

“I wanted to make them happy and I wanted to feed them so much,” he said. “Like everything that they wanted.”

“So if I make them in little wee mini muffins, I can make a pizza one and I can make a chicken one … they just have tiny bellies so they can have four or five different things and have an assortment of foods.”

This has led to a number of unique creations: from sardine muffins — which Maltais ceded were not his greatest work — to French onion soup muffins, which work to capture the essence of the classic dish, down to the melted gruyere on top.

“They asked me, ‘how many mini muffins can you make, Grumpy?’ and I said, ‘I can make a thousand!’”

At 445 different recipes, he’s nearly halfway there. And those thousand mini muffins just might be the future for Maltais.

MasterChef Canada, while an opportunity that Maltais was grateful to have had — and an opportunity he encourages anyone else with a passion for cooking to try out for — is not the end of his cooking journey.

As for the name?

“Grumpy’s,” he said. “That’s what my grandkids call me. They’ve got too many grandfathers so I didn’t want to be known as Grandpa number three so … I’m Grumpy!”

“Even little kids in the neighbourhood call me Grumpy. To meet me, I may look grumpy. But once you get to know me, I am the farthest thing from grumpy.”