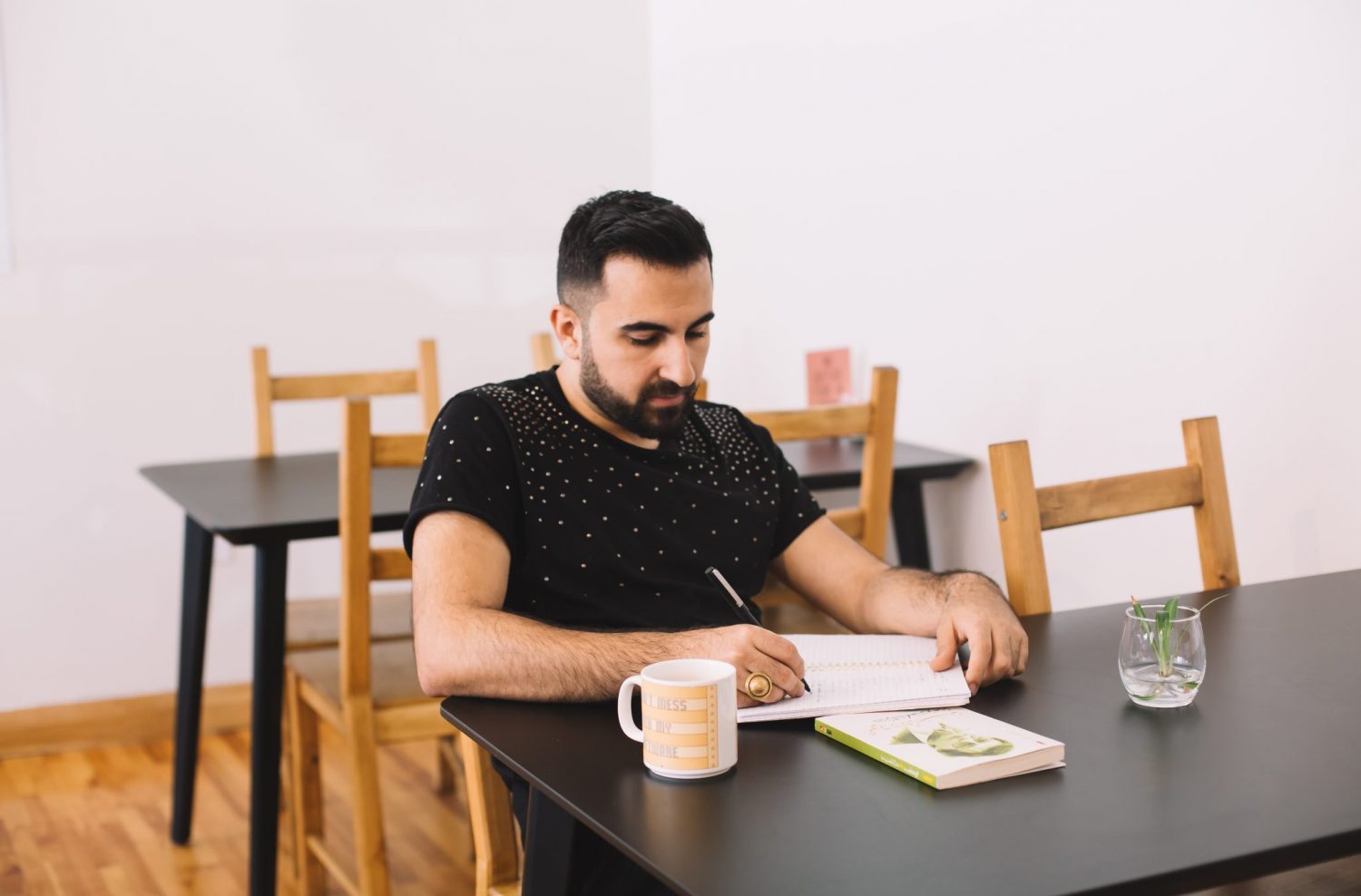 The Side Hustle: Bashar Jabbour

Since coming to Kitchener-Waterloo from Syria with his family 13 years ago, Bashar Jabbour has wrestled with complex feelings about home, place and identity. A few years ago he began writing as a creative way of sorting through some of these feelings. At that point it was just a casual pursuit.

Jabbour wrote his first poem in October of 2014. Later that month he attended an event at the Black Heritage Society of Guelph. From that event, he recalled local singer-songwriter Janice Jo Lee’s performance in particular.

“I was watching her tell a story,” he said. “And she called people onto the stage and they formed a circle around her and she was interacting just with them. I remember watching and thinking: I didn’t know poetry could be like this.” 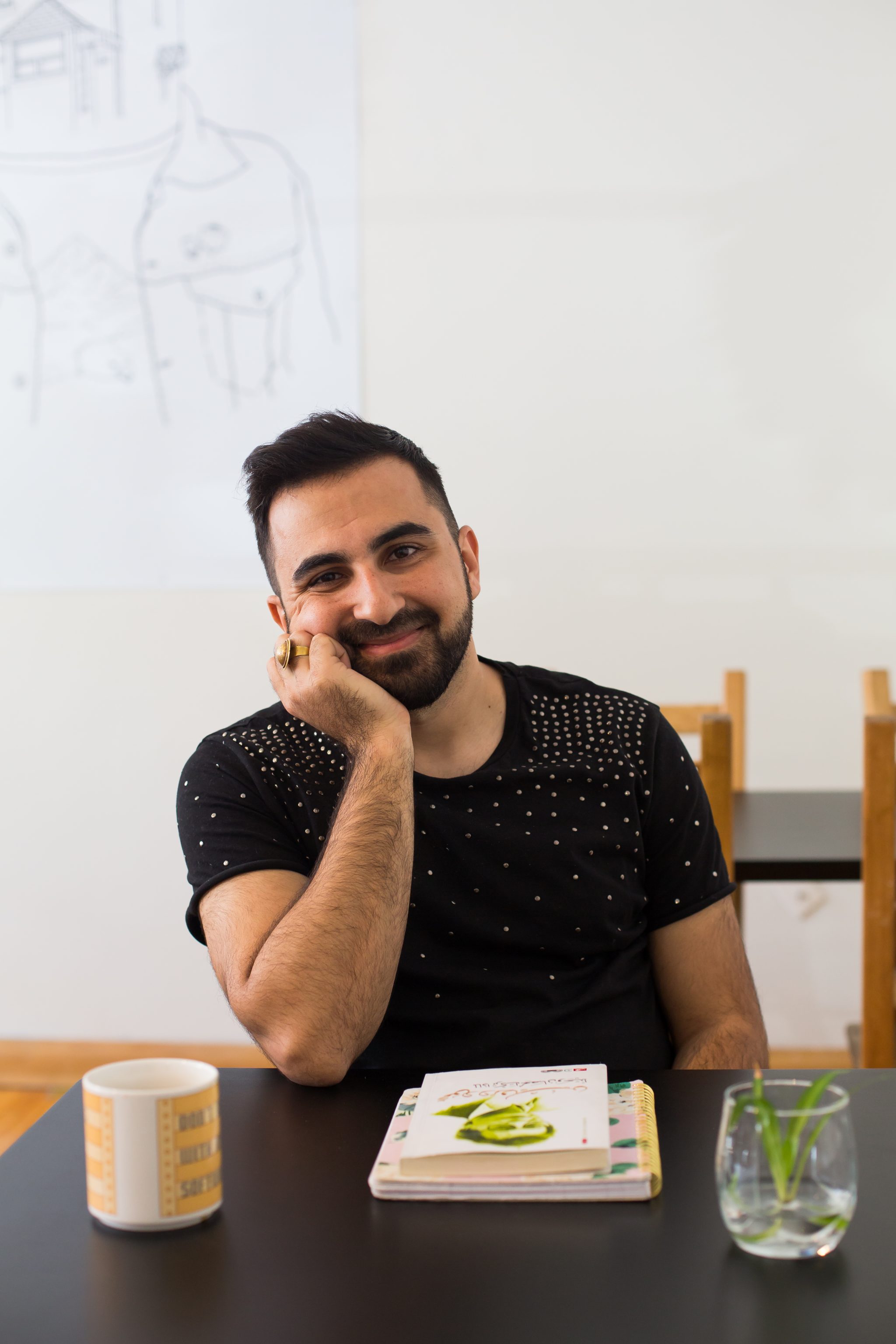 “I had this idea in my head and I just started writing,” he said. “I was this classic, inexperienced poet who writes all their thoughts.”

Jabbour’s first poem was addressed to the many people who were asking him about the Syrian civil war. He performed it for a friend, who told him it could win a poetry slam. He then wrote a second poem, went to a slam, and won $20. He had made money off of poetry. The sum was insignificant, but a seed was planted.

In the six months that followed, he wrote two new poems every month.

“It felt like the floodgates had opened,” he said.

These 12 poems were written specifically to white people. They captured Jabbour’s perspective on both the Syrian civil war and what it feels like to be an immigrant. He performed them over and over, to many different audiences, particularly Canadians who were directing their attention towards the Syrian refugee crisis.

For the future, Jabbour has grander ambitions for his writing. In addition to getting involved with KW Poetry Slam as the treasurer in 2016, then becoming co-artistic director alongside Janice Jo Lee later that year, he recently finished a first draft of a poetry book.

“The book starts with a lot of grief on my first two years in Canada. Thirteen years later, looking at those two years, and realizing the amount of difficulty.” 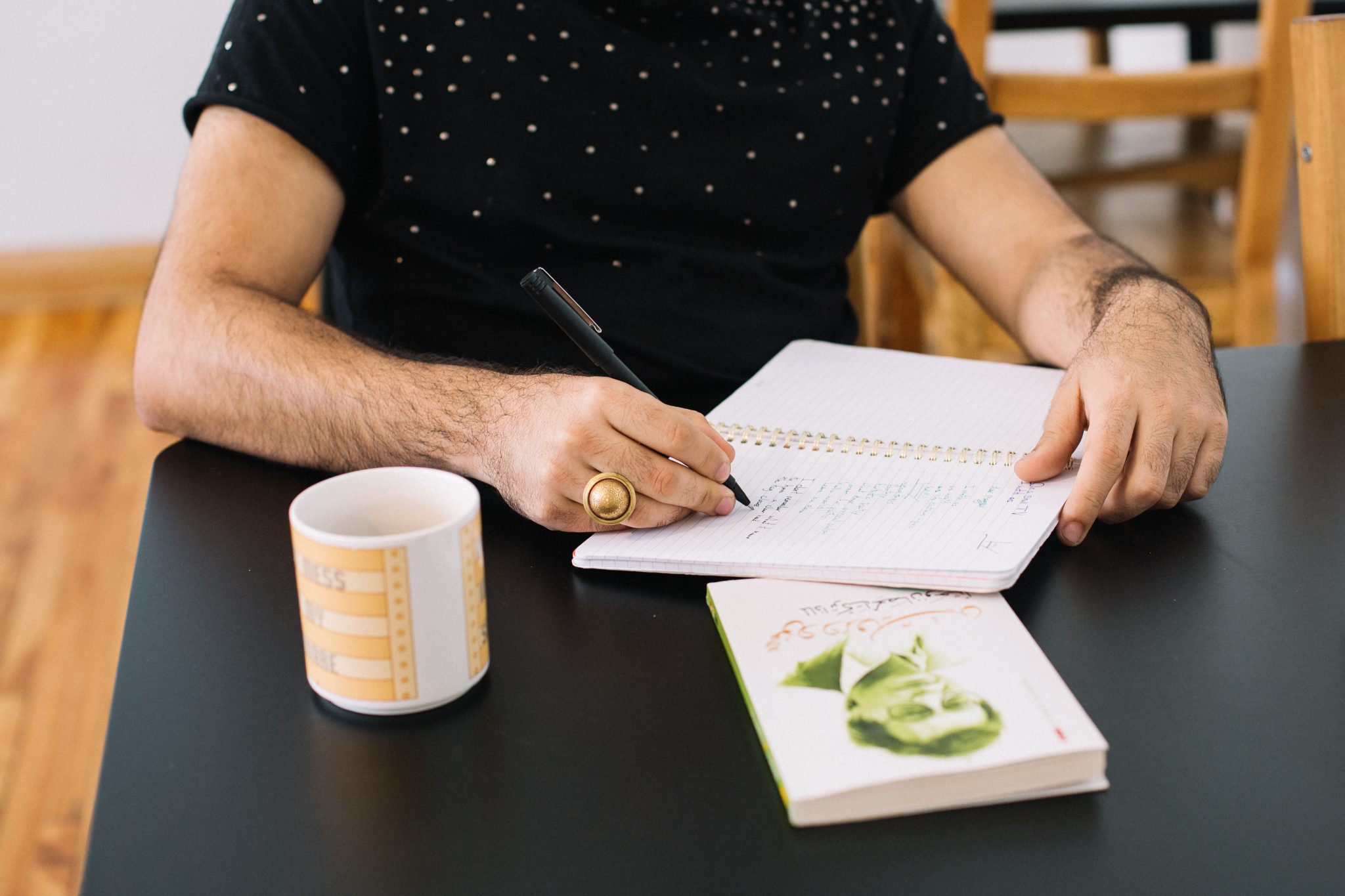 The second half of the book focuses on what it means to master life in Canada as an immigrant.

“[It is born out of] the realization of how much longer I have to be on equal footing with people who were born here or people who have cultural currency here,” Jabbour said.

Much of the book practices the art of speaking to his reader through metaphor and narrative, intentionally avoiding complex terms like colonialism and whiteness in favour of language that better captures the essence of what Jabbour intends to portray.

He is optimistic that the book will be a success, but said, “I don’t need money for the book. I need exposure. I already have a job.”

Bashar jokes about becoming the next Rupi Kaur.

“There’s a wave of young writers utilizing all kinds of platforms to generate some serious money,” he said. “There’s this saying now, ‘you sell 10 per cent of what Rupi Kaur sells and you’ll be set for life.’ ”

And if the first book does not capture that sort of interest, it is worth noting that Jabbour has two other books already in the works.