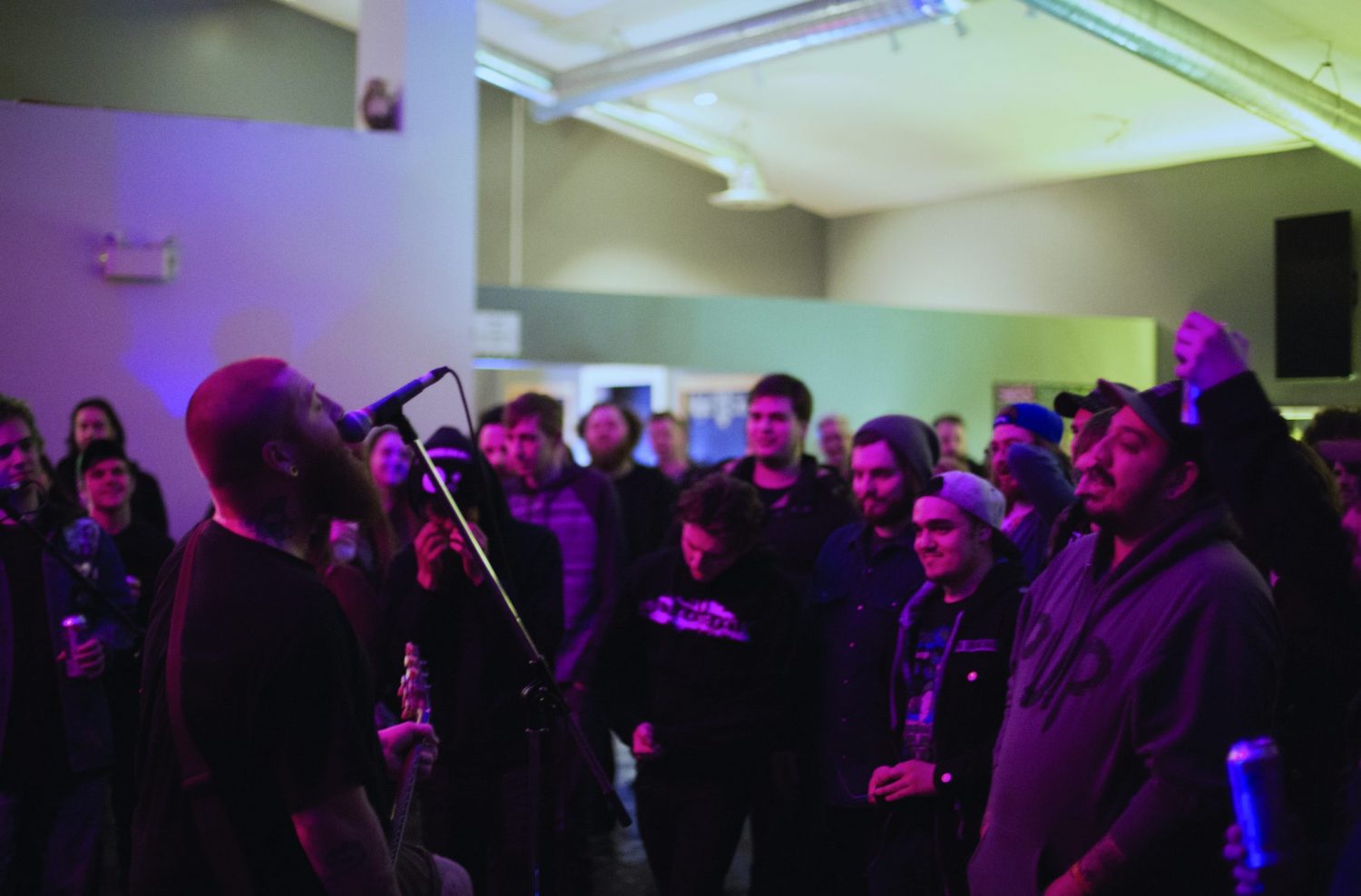 Homage to Hometown with Block Parent

“Down the 401, passed the Schneider’s sign; That’s where I wanna be/Might be hurtin’ but it’s got a certain je ne sais-quality”

Cambridge act Block Parent’s new album Amongst the Hurtin’ Mess closes with an ode to their beloved city, topping off an album that – in a refreshingly DIY, punk rock fashion – perfectly captures what it means to embrace where you come from.

I had the chance to chat with the group, and they had some great things to say about the city that shaped them and how it influenced their most recent musical effort.

“We love Cambridge and I think between the three of us we all kind of had our bout [with] growing up and moving away from the tri-cities and then kind of realizing that all we really needed was to come home and love and enjoy our hometown,” drummer and vocalist Zack Dodge said.

“You don’t need to go to like Toronto or London or Ottawa … everyone thinks you’ve got to leave Cambridge. We were just super stoked to come back and kind of … embrace the hurtin’ mess [laughs].”

Block Parent is made up of brothers Zack and Jake Dodge, on drums and bass respectively, and Jacob Verkerke on guitar. The trio share vocal duties, with Jake acting as lead, carrying the band through a swath of gritty punk bangers that pay homage to both the city of Cambridge and the punk scene of the earlier 2000’s.

At first listen, Amongst the Hurtin’ Mess evokes nostalgic feelings towards the kind of fast, aggressive and playful type of punk rock that launched bands like Green Day and NOFX into the limelight in the late 90’s.

“We were all part of the scene in the early-mid 2000s when it was kind of in its last ‘boom’ I would say,” Zack Dodge said.

One of the most intriguing aspects of the project is the way the band elevates the city of Cambridge to an almost folk-like status, not unlike Canadian staples Stompin’ Tom Conners or, more recently BA Johnston, who both use iconic imagery to paint vivid portraits of Canadiana.

With song titles like “Pioneer Sportsworld” and “To live and die in Cambridge,” as well as detailed album artwork depicting such staples as Fast Eddies, Stoyles Fish N’ Chips, George’s Tavern – all of which is anchored down by a reimagining of the infamous Schneider’s sign featuring Block Parent’s insignia – the album comes across as unapologetically Cambridge.

“When we think of Cambridge, it’s all of our landmarks, like the Fast Eddies, Stoyles, or Georges,” Zack Dodge said. “You know, it’s the food, it’s the people, it’s the characters … it’s home.”

“The whole city is mom’s home cooking,” he added. “And we are just proudly embracing the normality of it. It’s just perfect the way it is, and we are happy to represent it right now.”

As for the near-future, the band plans to continue holding things down in Cambridge, opting to focus on writing, recording and performing their music locally over adopting any formal plans to tour.

“We’re pretty pumped to be writing, recording and releasing music as frequently as we can and we’re doing all of the production … ourselves from the ground up,” Zack Dodge said.

“We are all working full-time jobs – I’ve got a kid on the way – we would love to hit the road and tour in a full-time capacity, but just for the nature of our band right now, we are super pumped to support the local scene and keep writing and releasing music.”

That said, out of town dates are not out of the realm of possibilities.

“If the community around us demands out of town shows, we will take those as they come,” he added.

With the emphasis shifting back to recording following this past Sunday’s CD release for Amongst the Hurtin’ Mess it will be interesting to see how this trio follows up on their well-received, full-length debut.

For now, the group will switch their focus back to recording mode, but before we finished talking, Jake Dodge mentioned that their next show would be at Chainsaw on August 31. Expect to here some classics – both old and new – at that show, and remember to check out Amongst the Hurtin’ Mess on Spotify, Itunes, Google Play, CD and Cassette (via 3 Nines Compact Cassettes).

Kurtis Rideout (also known as stevedave) is a local musician who also has a cassette out via 3 Nines Compact Cassettes.