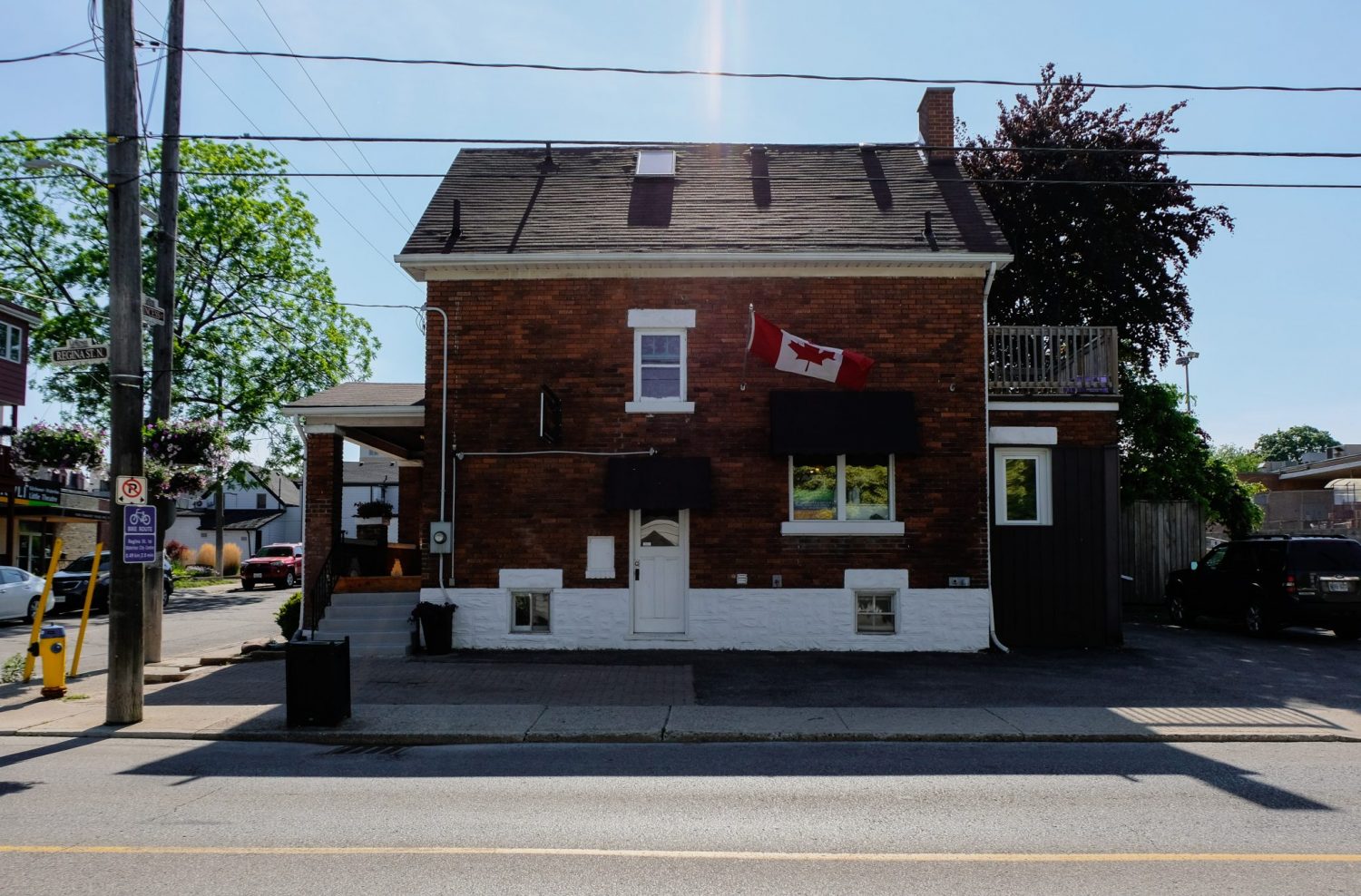 On Saturday, May 19, the staff at Cowboys and Angels, a hair salon in uptown Waterloo, were devastated to find that their pride flag, which hangs high from the side of their building facing Regina Street, had been taken down as an act of vandalism.

“Our flag was missing. Our Canada flag was still up, but our pride flag was down and the pole was also removed,” Kate Jandle, hair stylist at Cowboys and Angels, said.

The pole, in which the flag hung from, had been removed with some sort of metal cutter. The pole was found by the dumpster, but the flag has not been located. Whoever removed the flag would have had to bring a ladder to allow them to reach the pole.

“It couldn’t have been a spur of the moment, spontaneous decision,” Jandle said.

Cowboys and Angels has always promoted solidarity with the LGBTQ+ community. They have always had pride flags up in the salon, but it wasn’t until late 2017 that they installed the flagpole on the side of the building. The flag itself was cut shortly after it was put up in 2017, so this is the second time the flag has been targeted.

“Initially, I just felt very hurt and taken aback. I felt like something was taken away from me,” Jandle said.

“When that’s taken away, it feels like it’s not okay to be you.”

Two days before the flag was torn down was International Day Against Homophobia, Transphobia and Biphobia. Cowboys and Angels posted a message of solidarity on their Instagram, as they have always promoted themselves as a safe space for the LGBTQ+ community.

When they discovered that the flag had been removed, they made another Instagram post. “Cowboys and Angels has always been a safe place where you can come and be yourself. We’ve always made sure the message was clear, this is a home for the lost, and a home where you don’t have to be someone else, you can love who you want, be who you want and no one can tell you otherwise …” the post read. “To whoever stole our flag, let it be a reminder that you can’t tear down our pride.”

“We’ve received a lot of comments about it, and everybody was just really sad to see that that would happen because they love walking by and seeing our pride flag up,” Jandle said.

“We just want everyone to feel comfortable and we want to know them and understand them and make sure they’re happy with their hair.”

Moving forward, the flag will be replaced.

“We talked about putting other versions of the flag up in areas that aren’t as accessible,” Jandle said.

“We’re not going to let this stop us from showing how much we love everyone.”