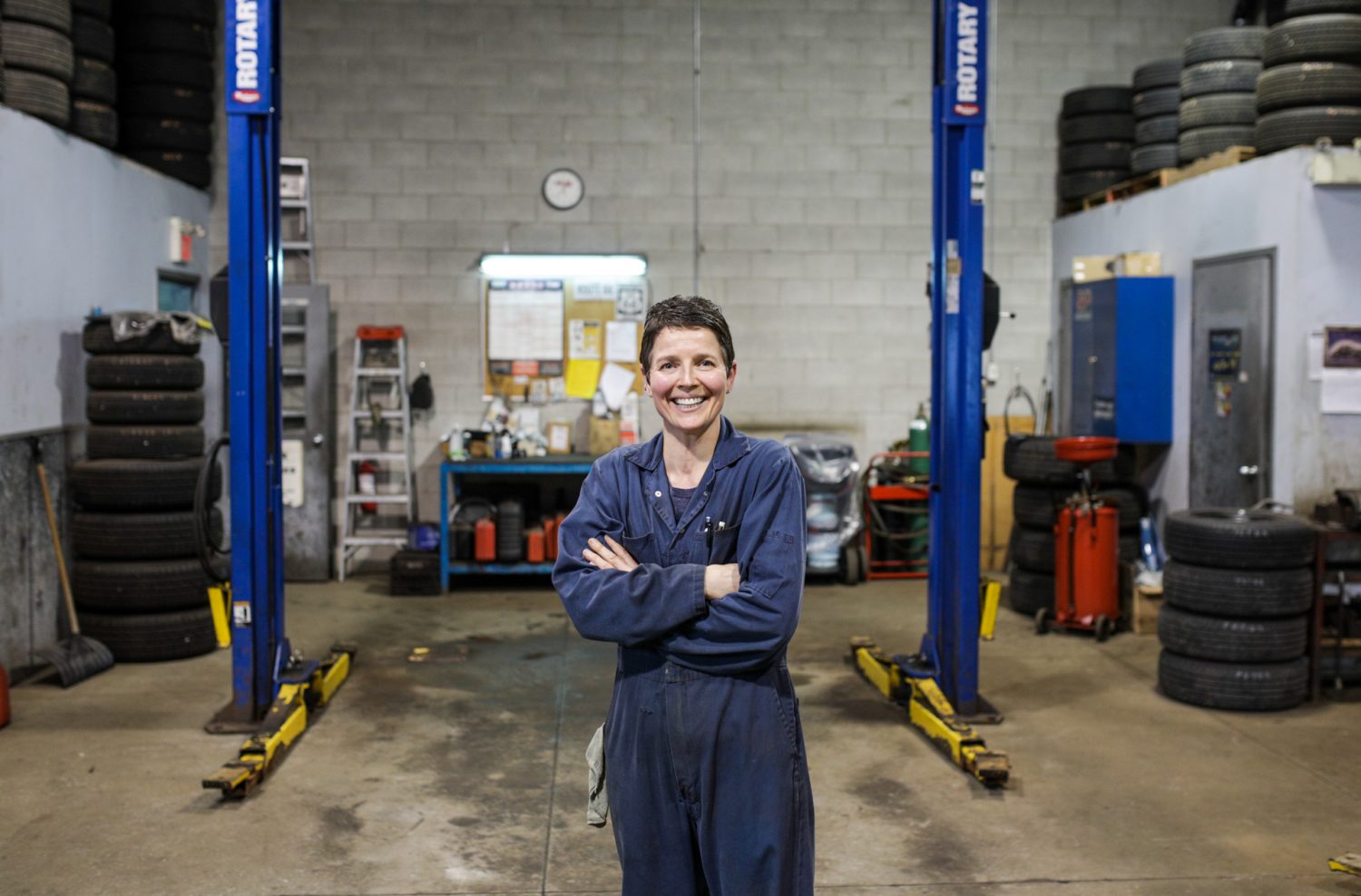 Women who own auto mechanic shops are few and far between, but Christine Beck has continued to thrive in a male-dominated industry for more than three decades.

“When I was a kid, we used to have these portable radios. We would always have a couple of them. My mom would say, ‘make them work.’ And I would. From a really early age I loved fixing things!” Beck said.

Beck who is 50 now, owns her own shop. She’s been in the field for 34 years, and says she has “maybe another ten to go.”

The middle child in a family of three, Beck grew up with two brothers and a resounding ability to stay focused on a singular goal.

From childhood, she knew she wanted to work on cars.

“In high school, I wanted into the men’s mechanical class and they wouldn’t let me. Even my parents went in and talked to the principal. Everyone knew this is what I wanted to do,” Beck said.

Unsatisfied with the alternate programming for women, Beck pushed on undaunted. At 17, she got a job washing cars at the then, Wheelan Ford. She then found Country Hills Automotive and stayed there for over two decades.

“It was a big company, they signed me up to get my ticket and after a year, still had me washing cars. So I left,” She said.

To be a female mechanic at the time, left social implications that Beck didn’t really buy into.

“They always expected you to be sort of butchy and queer, but at home, I’m in my skirts and dresses, I love jewellery. I just really like fixing things,” Beck said.

And she isn’t the type to have a driveway full of rusted-out old cars she’s trying to fix or cinder blocks off to the side just in case. Beck is a self-proclaimed neat freak and very clear that as much as she loves fixing cars — this is her profession, not her entire life. In her extraordinarily clean, three-bay shop, Becks has tires stacked to the ceiling, labelled for the most part, by first name.

“Sometimes the older men would look at me and say, ‘shouldn’t you be at home in the kitchen, having babies’ because that was the expectation in their generation. If they gave me a hard time about it, I would just say ‘I’m not fixing your car’ it’s that simple,” Beck said.

And it would seem that frankness has become a Christine’s Automotive staple.

“I love this work for the people. I have three generations of people coming to see me now, some of them I’ve known since they were born and they’re having their own kids.”

Beck worked at Country Hills Automotive for 22 years, seeing the families of her customers grow. When her boss offered her the business, she bought it and moved the location to Hanson Avenue, a stone’s throw away from Wheelan Automotive where she first started.

“I was going to call it Chris’ Automotive,” she said.

Beck laughed about how she’d floated the idea past her orthodontist one day and was shot down on the basis that no one would know it’s her shop.

“He was right. I had to call it Christine’s!” Beck said.

Over the years, Beck’s traction in a male-dominated industry has not gone without recognition. She has given talks and mentored female co-op students, but to her, it all comes down to one thing — mechanical inclination.

Heading strong into its 13th year, the shop now serves as an inspiration and a community connection for her family and her clients. The whiteboard in the waiting room advertises mint Girl Guide cookies for five dollars a box.

And one other thing — a very special plaque.

In 2008, Beck was one of eight individuals selected from across Canada to drive a NASCAR race car around the official track.

“I was the fastest out of all the boys! They said go fast, so I did,” Beck said.

Christine’s Automotive is located at 38 Hanson Avenue in Kitchener.