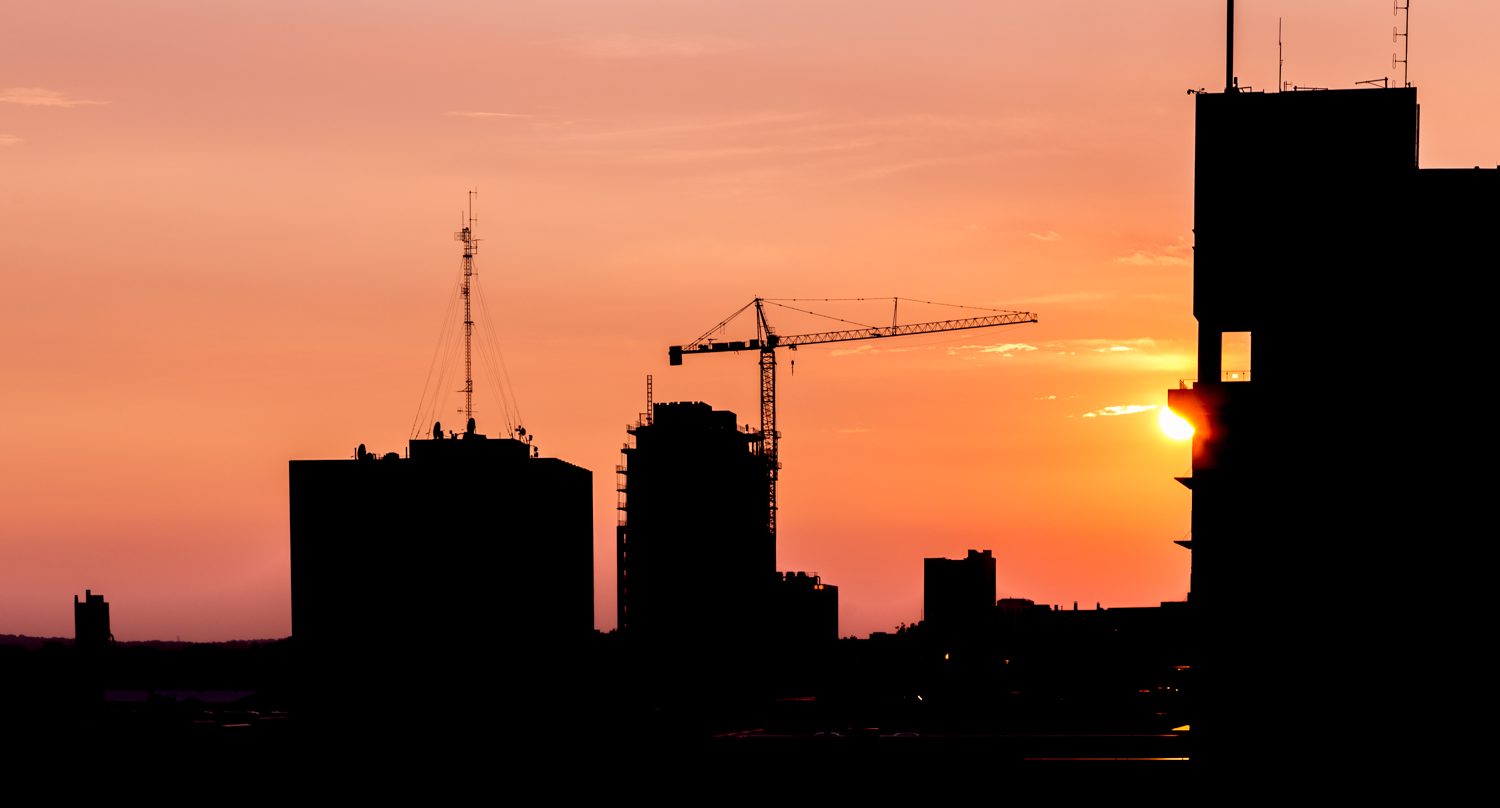 The Future is Tall: New Rules for Building Up in DTK?

Intensification is the new reality of urban development in our community. More and more, tall buildings will be a feature of the skyline. It’s good that the City of Kitchener is trying to influence the shape of things to come by establishing tall building urban design guidelines.

Factors such as the establishment of light rapid transit and the emphasis on limiting urban sprawl mean that building up, especially in the city core, will increasingly be a significant factor.

“As we’ve seen the last few years, the city is growing up in terms of height, and we need guidelines to guide that development,” says urban planner Dayna Edwards. “We have policies that outline what the density and height should be, but not looking at the details of the design.”

Following city council’s direction, Edwards and her colleagues at the city are overseeing the formation of those guidelines through a process of research, evaluation and public consultation. A public forum in June helped inform the Tall Building Statement of Expectations, a document that sets out the main priorities and principles that will be incorporated into the final guidelines. They will apply to all buildings nine storeys or higher.

The process has demonstrated some strong public priorities, Edwards says, particularly around scale and compatibility, having safe and vibrant streets, and a balance of public and private open space. The aim is not to be prescriptive, but to provide clarity around issues such as street level impacts, minimizing disruption of sunlight, wind effects, sustainability, safety and distance between buildings.

The key is to balance different objectives, while allowing room for creativity and innovation in design and implementation.

“We’re developing in an already existing urban fabric,” Edward says. “Every site has a built environment around it, an urban fabric. We’re looking at sites that are tricky and complex, and require some creative thought.”

“We’re providing this [statement] as best practice and tools and expectations,” she says. “We’re trying to say in the statement of expectations that these are the objectives; this is what we need to do and here are some ways you can do it. That doesn’t mean these are all the ways. There may be creative ways to balance certain objectives that might be more important, depending on the location.”

Members of the public can comment on the principles outlined in the document, which is on the city’s website. The plan is to develop draft final guidelines to go to city council by the end of 2016.

“We want to get it right, and not make some of the mistakes other cities have made,” Edwards says. “If we do it wrong, it has a really permanent effect on the skyline.”