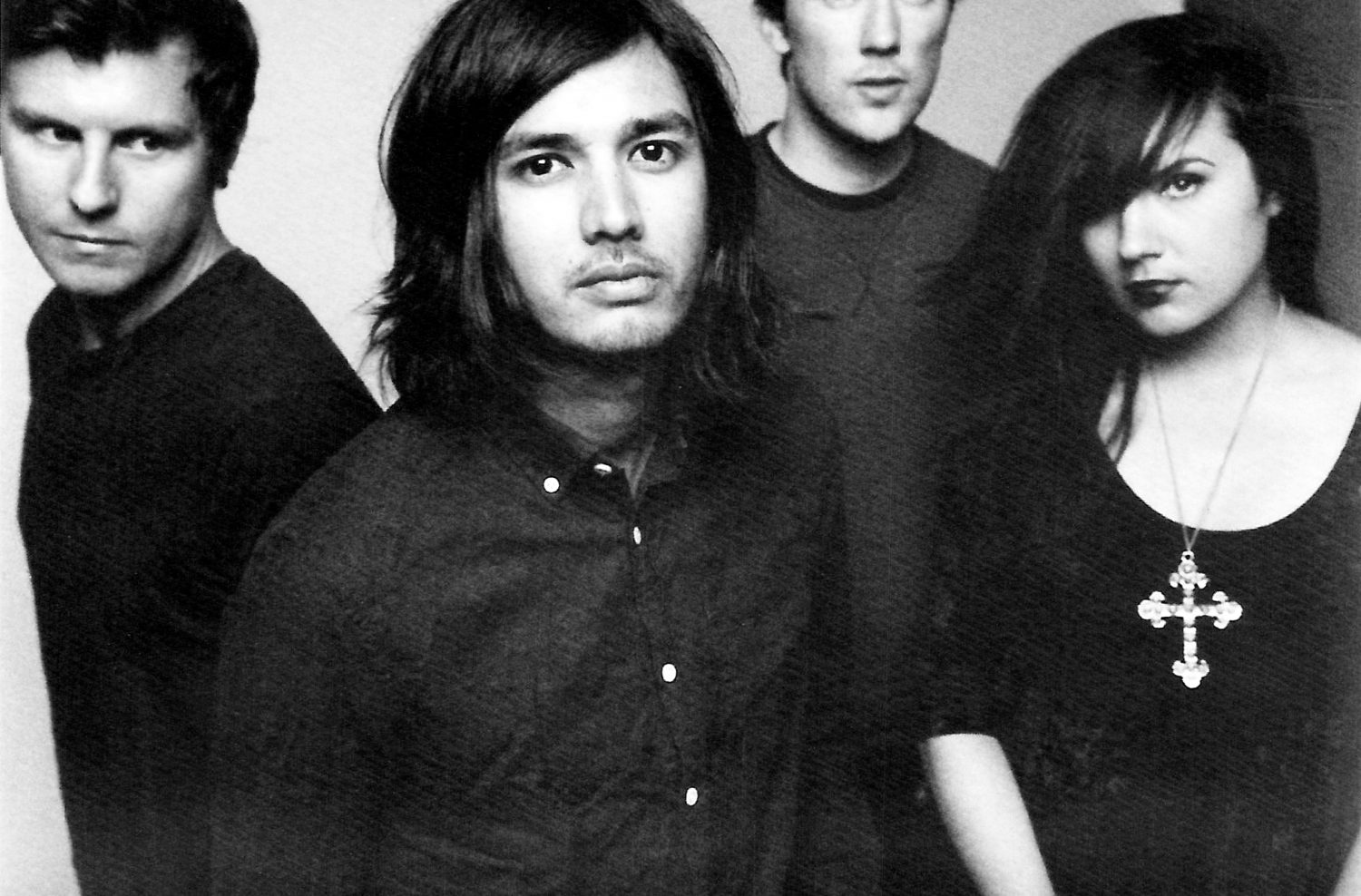 Vancouver band Gold & Youth have been drumming up a lot of attention, both at home and abroad. With their debut album, Beyond Wilderness, officially released last month, you can bet you’ll be hearing a lot more about this electro-quartet. Signed to Arts & Crafts, Gold & Youth draw their sound from the best of the 80’s, painting cinematic landscapes that are equal parts industrial synth hooks and haunting vocal harmonies. If you liked the soundtrack to Drive, this band is for you. They’re playing the Starlight June 12 and we recently had the chance to catch up with bass player and vocalist Louise Burns.

Kevin Delaney: So, you’ve only recently joined up with Gold & Youth? Did you know the guys beforehand?

Louise Burns: Yeah, I joined about a year and a half ago. I used to play with Jeff [Mitchelmore] and Murray [Mckenzie] in a band called the Blue Violets a few years ago. They also sometimes back my solo project up so I’ve been playing with those two for a long time. I’ve known Matt [Lyall] forever so we were all very close friends before I joined. I used to sub on bass for them before they had me as their official bass player.

KD: So Gold & Youth is something they had started before?

LB: Yeah, they were originally called The Raccoons and after a few sound changes after they signed with the label, they decided to change their whole sound and project and call it Gold & Youth. They invited me to come sing back ups on the record. So I didn’t join the band right away but I did contribute vocals to most of the record before I actually joined. Most of the record was finished when I joined the band but I contributed by writing “Jewel” with Matt and Jeff and Murray and a song called “Come to Admire”.

KD: The singles that were released before the album, “Time to Kill”, “City of Quartz” and “Jewel”, received a lot of positive attention from the media, including industry heavy weights like NME. Did that put a lot of pressure on Beyond WIlderness?

LB: In a way, but I think that we were just so happy to get it out we didn’t really think about it. We just wanted to release the record for the people who had been following us for so long. We’re not trying to become the next biggest band in the world, we just want to make sure the people that like our music are getting a quality product. We’re just happy to get it out there really.

KD: Shades of Depeche Mode seem to be a pretty evident in your sound. Are you guys all on the same page when it comes to musical influences?

LB: Totally, yeah. We all have very diverse musical influences but we all love the same kind of music. The stuff we mostly bring to this band is a shared influence of soundtrack music, ‘80s industrial music and early ‘70s pioneered synth sounds. Stuff like John Fox, and even The Cure. Especially for bass for me, I’m a really big fan of [Cure bassist] Simon Gallup. And Kate Bush for vocal delivery. [But] there are a lot of different influences, it’s not just Depeche Mode. Matt is a huge Constantines fan, and they played a pretty big part in what we’re doing in our music. We share the things that we like.

KD: I heard Buck 65 helped name the band? Can you elaborate?

LB: [Laughs] Yeah, I wasn’t in the band at the time but from what I gather the guys were searching for a name and Buck 65 is managed by the same manager that we are, so our manager Nick Blasko put the word out that we were looking for a name. Buck wrote a bunch of names down. Gold & Youth was taken from a character from Mad Max and really stood out to us.