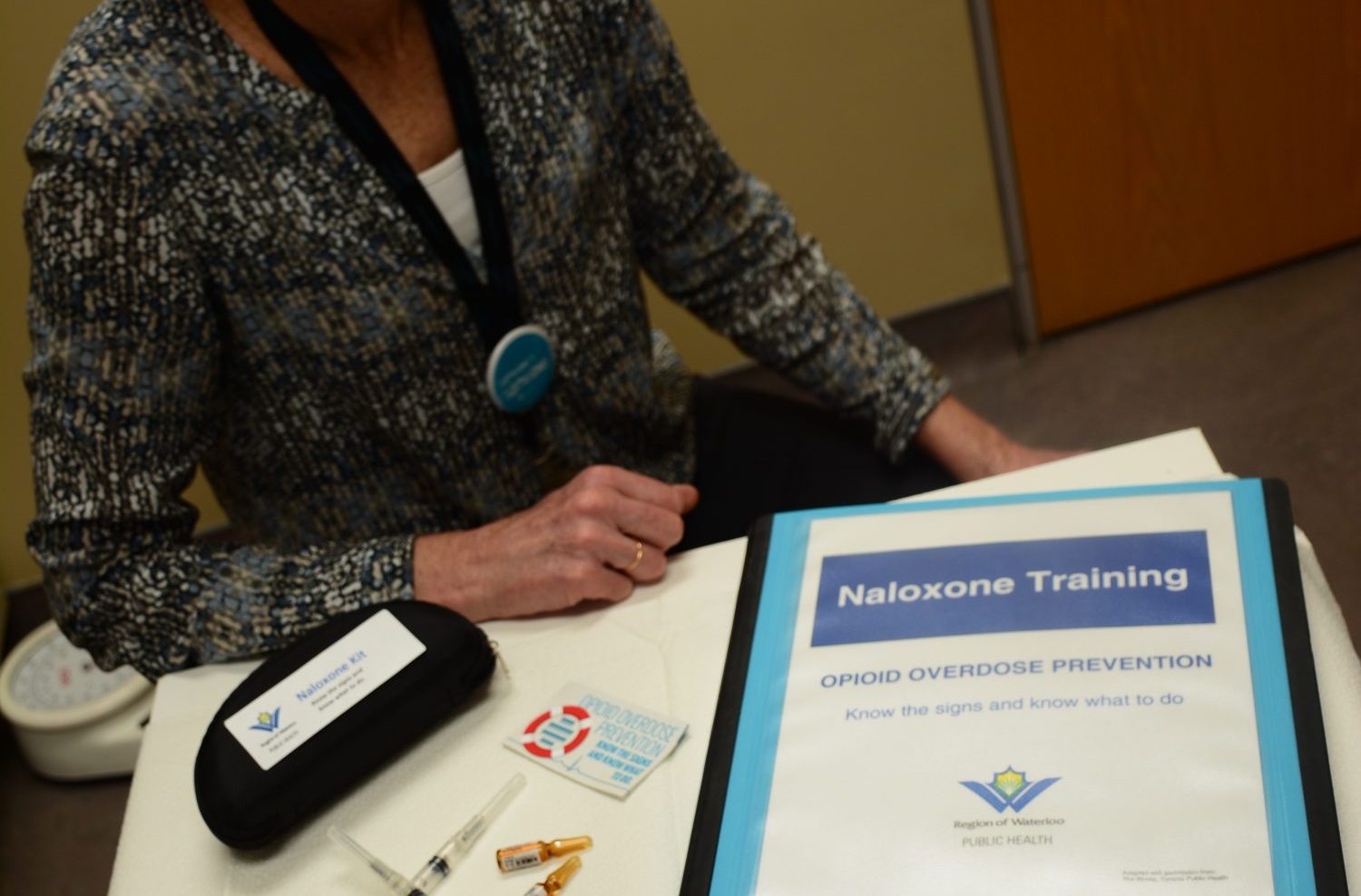 As the wave of deadly carfentanil continues to illegally land on Canada’s western shores, the effects have hit home.

Waterloo Region was the first community in Ontario to detect the toxic bootleg opioid after it was discovered at the scenes of two separate overdoses early last December.

Arriving from countries such as China, where it is legally produced, carfentanil is an opioid pain reliever and derivative of fentanyl used mainly in the capture of large, wild animals. It can be up to 10,000 times more potent than morphine, where an amount the size of a single poppy seed can be lethal.

“Drug, substance use and overdose can affect everyone,” said Chris Harold, manager of information and planning at Waterloo Region Public Health. “The reality is people across the age spectrum, the socioeconomic and income spectrum use drugs.”

Unregulated versions of the drug are now routinely being used as a cheap filler in other popular illicit drugs such as cocaine, heroin and crystal methamphetamine.

“There are anecdotal reports from clients who feel they are dealing with tainted drugs in the current supply,” said Harold.

With the overdose rates continuing to spike in communities across the country, a progressive approach created by the Waterloo Region Crime Prevention Council in 2011 has encouraged a conscious and vigilant recognition of the issue in the region.

“In the point of view of my position, it is about starting that community dialogue,” said Lindsay Sprague, coordinator for the Waterloo Region Integrated Drugs Strategy. “Can we, as a strategy, help to provide education and awareness?”

The five branches of the community initiative are harm reduction, enforcement and justice, prevention, treatment and integration.

The WRIDS released an overdose alert on Dec. 5 through the OMARS initiative. The Overdose Monitoring, Alert & Response System cautions drug users of the risks involved with carfentanil, as well as all drugs. It explained how carfentanil is especially furtive, considering it cannot be detected by sight, smell or taste.

Sprague also mentioned WRIDS’s interest in a “rapid access addiction service.” She is looking into how Waterloo Region can implement a service where people can access an addiction physician and counsellor in a timely way. “We have a working group in place,” she said.

The WRIDS, through WRPH and along with Sanguen Health Centre, also preach the awareness and proper use of naloxone after 9-1-1 is called.  Free naloxone kits and training are offered from these institutions as well as from certain pharmacies across the region. Naloxone temporarily reverses overdoses from opiates, allowing emergency responders enough time to arrive and also get the person who overdosed to the hospital. A new nasal spray version of naloxone will be made available in the region for January.

Harold insisted on the priority of calling emergency responders first, in all cases.

“The faster you phone them, the faster they can get there,” he said, explaining further that approximately 50 per cent of overdoses are not called in to emergency services due to fear of repercussions. “There has always been stigma and discrimination associated with drug use.”

When asked about police response in these instances, Harold squashed the old school belief. “Their approach in these cases really is the safety of the individual.”

When asked about her own interest in challenging old beliefs, Sprague was in agreement. “I see working in this field as a way to create more awareness about the issue and also to break down some of that stigma around addiction.”