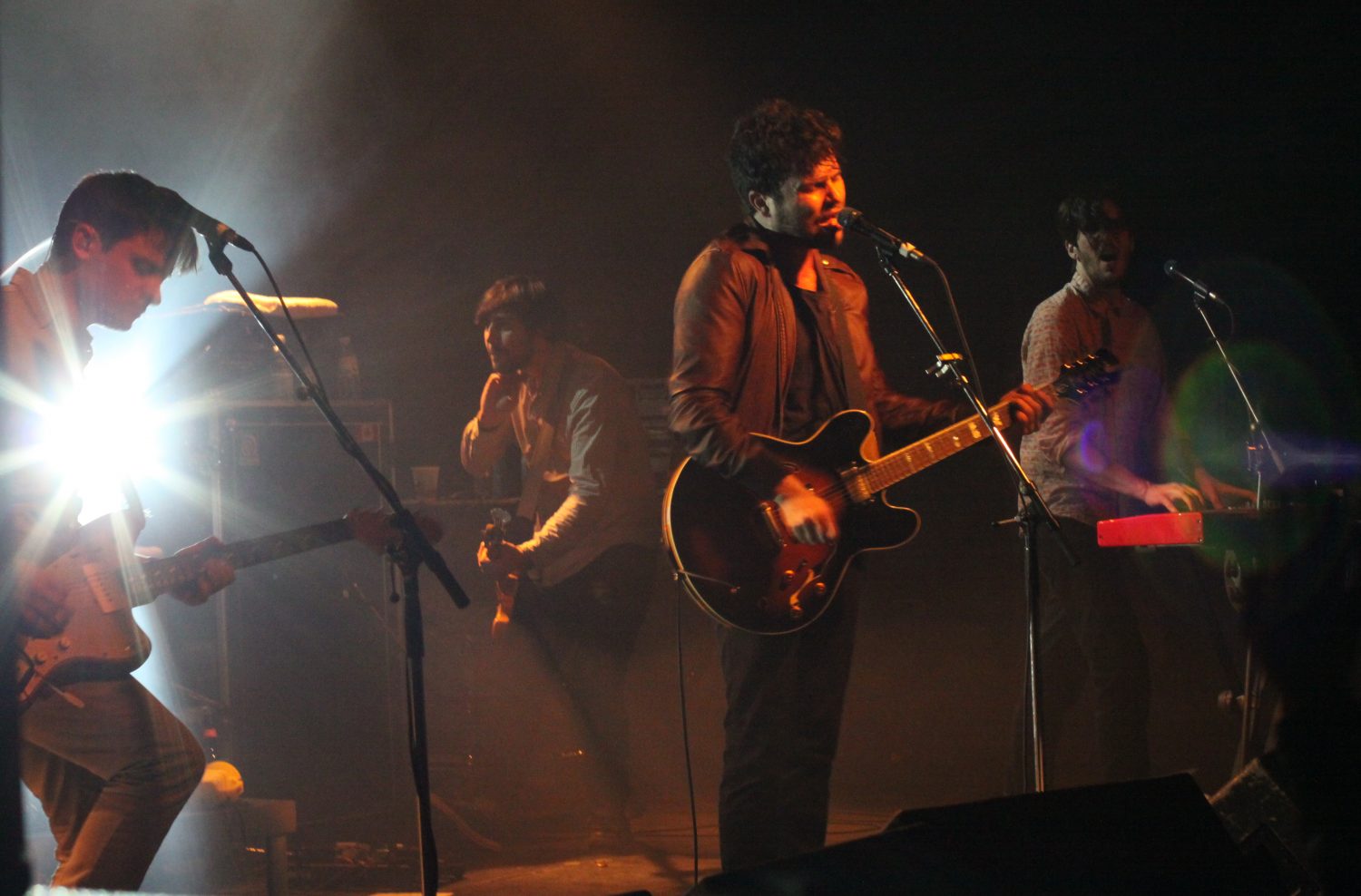 On the road again

Hamilton rockers the Arkells cross Canada with the Tragically Hip.

It’s a safe bet that many Canadian musicians are jealous of Max Kerman and his band mates in Arkells.

Starting Jan. 19, the Hamilton-based five-piece will be hitting the road with Canadian icons The Tragically Hip for a cross-country tour, which will stop in Kitchener on Feb. 5.

“It’s a very Canadian experience,” said Kerman, the band’s front man over a crackling Skype call as the band made its way between Boston and Philadelphia as part of their current tour.

While spending a month playing arenas with the Tragically Hip will certainly be a new experience for Arkells, the young band are no strangers to lengthy, cross-country tours. Kerman and his band mates – lead guitarist Mike DeAngelis, bassist Nick Dika, drummer Tim Oxford and keyboardist Anthony Carone – have become known for their relentless touring schedule, spending the majority of the past four years on the road.

They covered a big chunk of North America, touring almost non-stop from September to November. and, after taking a brief rest in December, they were back at it in early January. And they haven’t released a new record in a year and a half.

“It’s just the nature of the business,” said Kerman. “I think we’re really one of those bands that make their living by touring and there’s a lot of bands like that out there… this is what we signed up for.”

In 2009, that rigorous touring schedule brought Arkells through K-W five times in 12 months while they crisscrossed Canada, building their now solid following north of the border. But Kerman knows that the month his band will spend with The Tragically Hip is anything but just another tour.

“It’s definitely a privilege to be able to go out with a big band like them and a band that means so much to Canadians, so for that, we’re really grateful,” he said. “For us, it’s also a really good chance to play in front of a lot of people that haven’t heard us before and I think that’s the kind of opportunity every band looks for.”

But if the tour does bring Arkells some new fans, it won’t be the first time The Tragically Hip have helped them out. Kerman and his band mates spent the winter of 2010-11 in Bath, Ont — just outside of Kingston — recording their 2011 album Michigan Left at the Bath House Recording Studio, a studio the Hip themselves have frequented.

“Gord Sinclair, the [Hip’s] bass player is just a great guy and he’s really supportive of young Canadian bands and he actually suggested that we use their recording studio,” said Kerman. “When you’re a young band, it’s always nice to have a guy like him support you.”

Since the 2008 release of Arkells’ debut album Jackson Square, the band has built their reputation on their energetic live show — which has been know to feature covers of everything from Stevie Wonder, to Hall and Oates, to Katy Perry — playing small clubs, bars and a few festivals. However, the stage will be a little bit larger when they hit the road with The Hip.
With venues like the Kitchener Memorial Auditorium, the Sleeman Centre and the Air Canada Centre — the tour’s Feb. 14 finale — on the docket, the Arkells will be getting a crash course in something they only have a bit of experience in: playing rock music in an arena.

“Each venue has its own kind of challenges. It’s going to be fun trying to figure out [playing in] the bigger arenas, because it isn’t something we’ve done much of,” said Kerman. “But no matter where you’re playing, if you put on a good show, people will come back. That’s the theory we kind of abide by.”

The world according to Arkells

In “Whistleblower” the protagonist finds himself awake in the wee hours of the morning in a motel, pondering calling out the up-to-no good company he works for.

“Michigan Left” pays homage to the state’s unique left-turn system (cars make U-turns instead of regular lefts at the light). The song references empty lots, so it’s certainly set in the urban ruins of Detroit.

As a Hamilton-based band, most of their songs make reference to the
Hammer. “John Lennon” recounts drunken nights headed home during
university, while “Book Club” is all about getting a ride back down the QEW.