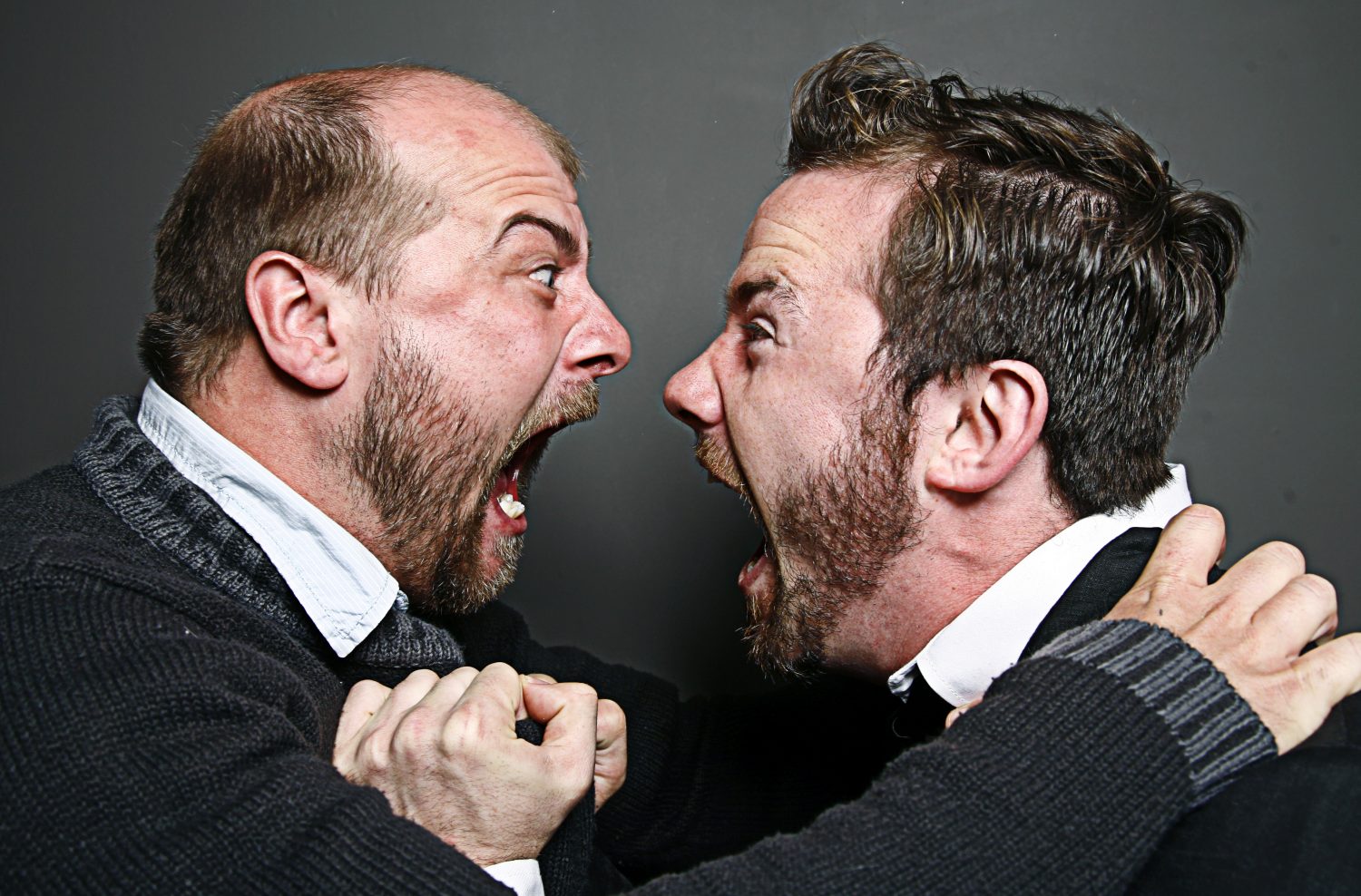 Dance with the devil

A new year means a new you, right?
Well, maybe not, says Theatre Brouhaha’s original play Help Yourself, a story that focuses on Donny, a pseudo-therapist who helps clients justify their most immoral thoughts and actions.

Written by Toronto’s Kat Sandler, and co-created by K-W native Danny Pagent, Help Yourself won the Best New Play Contest at the 2012 Toronto Fringe Festival. Here in Kitchener, it won the Best of Fringe award, receiving an extended run after the festival. Now on tour, Theatre Brouhaha’s first stop is Kitchener-Waterloo, where they’ll mount two shows: Help Yourself and Shel Silverstein’s one-man play, The Devil and Billy Markham.

Tom McGee, founder, dramaturge and head of development for Theatre Brouhaha caught up with the CCE to speak about his company and their upcoming tour.

“Essentially we were sitting around a bar and we were frustrated with the fact that the kind of theatre that we like to see wasn’t happening enough,” said McGee regarding the inception of Theatre Brouhaha.

Theatre Brouhaha’s intended audience is the “HBO generation,” – twenty- to thirty-something young professionals. “[They] like cultural events… but don’t really consider theatre when they’re figuring out their evening plans because it doesn’t necessarily speak to them and doesn’t necessarily reflect the world they live in,” said McGee.

With this in mind, Theatre Brouhaha quite simply seeks to create new Canadian work to make theatre relevant for young audiences who’ve become accustomed to slick TV shows and movies for entertainment.

Toronto crowds have been quite receptive to this mission. “I’ve had a guy come up after Delicacy (premiered Oct, 2012) and say to our producer, ‘you know I wish movies were this good,’” said McGee.

With the burgeoning young professional community and large student population, McGee believes K-W to be the perfect fit for Theatre Brouhaha.

Tom McGee in his show, The Devil and Billy Markham • COURTESY THEATRE BROUHAHA

While Help Yourself will be performed at the Registry Theatre, McGee will star in Shel Silverstein’s The Devil and Billy Markham which will be presented in a more intimate and relaxed environment at Imbibe in downtown Kitchener.

Before Shel Silverstein penned classics like Where the Sidewalk Ends and The Giving Tree, he was a writer and cartoonist for Playboy Magazine where The Devil and Billy Markham first appeared. Surprised by the play’s racy past, McGee was intrigued as soon as he picked it up.

“It’s this raunchy, funny, dark story about a luckless gambler who loses his soul to the devil in a game of dice,” he said, “and then essentially spends the rest of the play trying to con his way back out of hell. So, if you can imagine Johnny Cash versus the devil, that’s basically what it boils down to.”

As part of the Theatre Brouhaha experience, the company hopes to create a full evening for their patrons that goes beyond the rise and fall of the curtain.

“We’re working on the sort of the idea of the Brouhaha Circus where we just show up and take over parts of your town for a weekend and then disappear into the night.”

The award-winning Help Yourself, which explores the grey areas of our morality, will be performed at The Registry Theatre on Jan. 25. Tickets are $10. The Devil in Billy Markham will be presented at Imbibe the afternoon of Jan. 25.