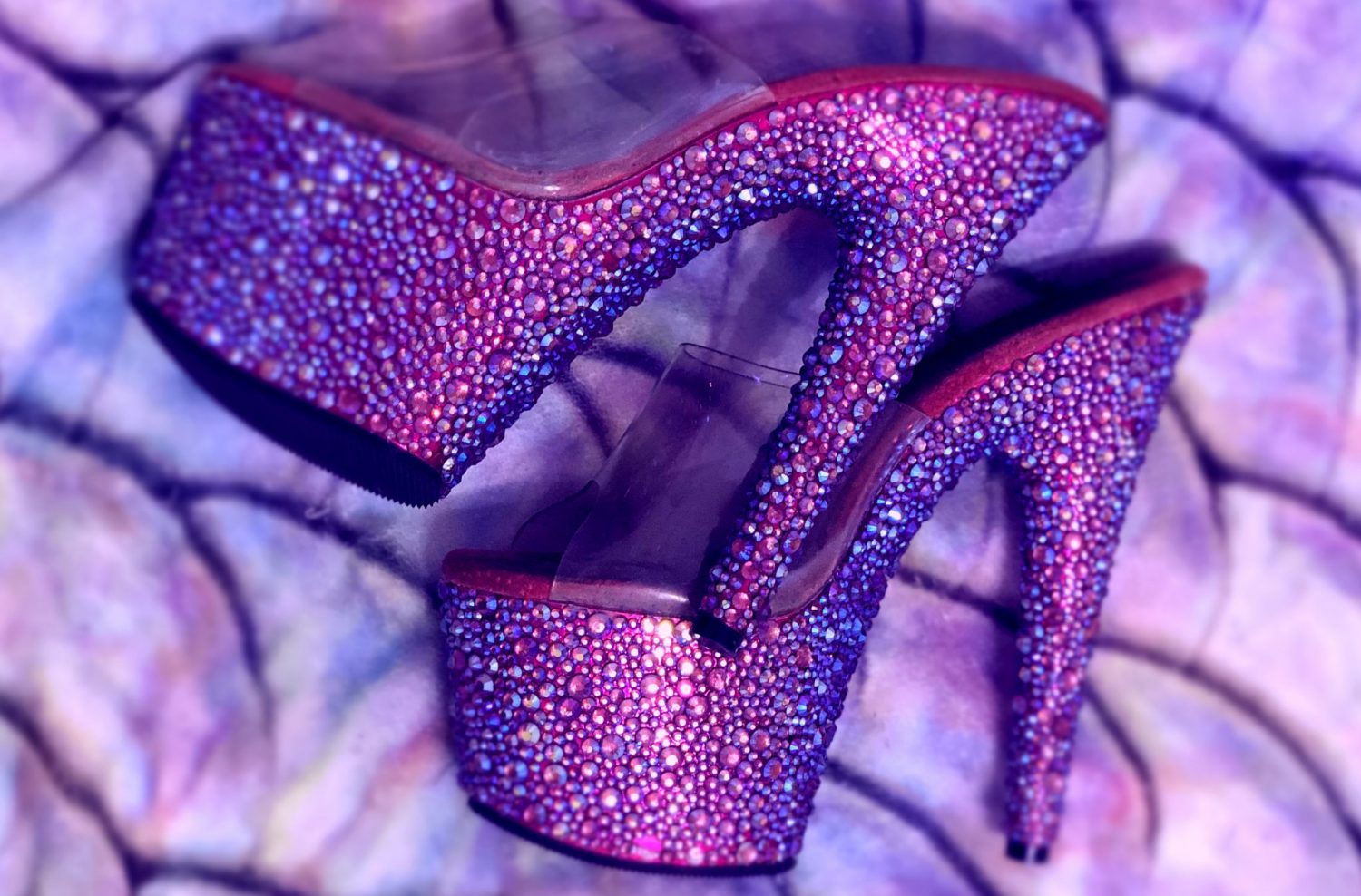 Last Friday, at half past midnight, I was home, in my bed, fast asleep. Being the millennial that I am, I’d just binge-watched Bonding on Netflix, smoked myself into a government approved snack binge and was carried off to snooze-world vis-a-vis a non-dairy related food coma.

But Veronica was just hitting her stride. People were arriving at Roxxanne’s, out with their friends, celebrating or just out for a good time. And Veronica, clad in her signature neon bikini, was winding up to make the perfect sales pitch.

“I think the most common misconception,” she said when we were both finally awake at the same time, “is that dancing is easy money. Roxxanne’s, in a sales sense, is so much harder than any job I’ve ever had. Someone’s walking in and I’m convincing them to give me money for something knowing they’re leaving empty-handed.”

But Veronica isn’t new to sales.

“In 2001, I had my own website. I designed and developed it myself and after a little time I had a following. We would all check each others blogs and see how we were doing. Eventually people started asking if I had a wishlist and they sent me gifts.”

The internet was new and security wasn’t what it was today — but Veronica did her work safely.

“I didn’t hide what I was doing from my family. I didn’t post my location and I always made sure to keep identifying information out of my photos. When people wanted to send me gifts, they sent them to a P.O. Box.”

“I decided to start making adult content when I was 19. My friend had a cam site and I made $300 American for a 15-minute strip tease in a time when the images were so pixelated you couldn’t always make the details out. I bought props, because I knew, right out of the gate, it was all about giving your audience what they want.”

And now, 16 years later, she’s perfected it into an art.

“It’s Sales 101: don’t ask closed ended questions. You can’t just walk up to someone and ask if they want a rewards card, or a lap dance. They’re going to say no. They want you to warm them up, talk to them about it.”

She laughed, “I would know, I’ve sold both.”

Veronica explained that her business as a dancer is all about making a connection with the patron.

“It’s about finding something in common with them — maybe it’s a Pokemon lanyard, or a band t-shirt. Maybe it’s a sports team.”

After making that connection, Veronica engages with her patrons. This is what makes her successful.

“I can make, on a slow Friday night, an easy $600. But I watch people get rejected, and walk away empty handed all the time. It’s my approach that makes the difference,” she said.

“I can tell right away what someone thinks of me when we start talking, I can sense how much they respect me by their tone, their body language. I can tell what they think of what I do, and how likely it is that I’m going to be able to convince them to buy a dance from me.”

I asked Veronica if she ever feels unsafe. Not to interrupt her story, but I’m not new to speaking with people who are engaged in both the legal and illegal side of the sex industry. I’m also acutely aware that I live in a place where every day, human beings are trafficked for sexual purposes, labor extortion and more.

While Veronica’s experience is in no way reflective of every dancer’s experience, she does say that there’s a reason why she’s worked in KW for as long as she has.

“I’ve been to other clubs, and I know what goes on there. There are fights, private rooms, pressure do more than just a dance. I’ve worked in KW for six years this month. I continue to choose to work in KW because Roxxanne’s is one of the highest rated clubs and they strive to maintain that. Everything is open, and everything is [monitored] — for everyone’s safety,” she said.

“So much of what I do is about the relationships,” Veronica goes on. “It’s about being mindful, about being friendly, and about interacting with people.”

On top of dancing at Roxxanne’s, Veronica also sells supplements and works as a fitness and wellness coach in Toronto. She said she’s always focused on how she’s going to connect with people and how that connection will be successful. She said she’s never been shy, and that’s always worked in her favour.

“People who come to a place like Roxxanne’s, are coming to a place where women are approaching them first — on purpose. And that’s because it still isn’t happening in the rest of their world, women are still being socialized to be docile and shy. But I’ve never been a shy girl,” she said.

“Society is only now getting to a place where we are starting to acknowledge the wide spectrum of legalized work that is sex work, and considering it valid. But what I do is so much more than a lap dance and I want people to know that.”