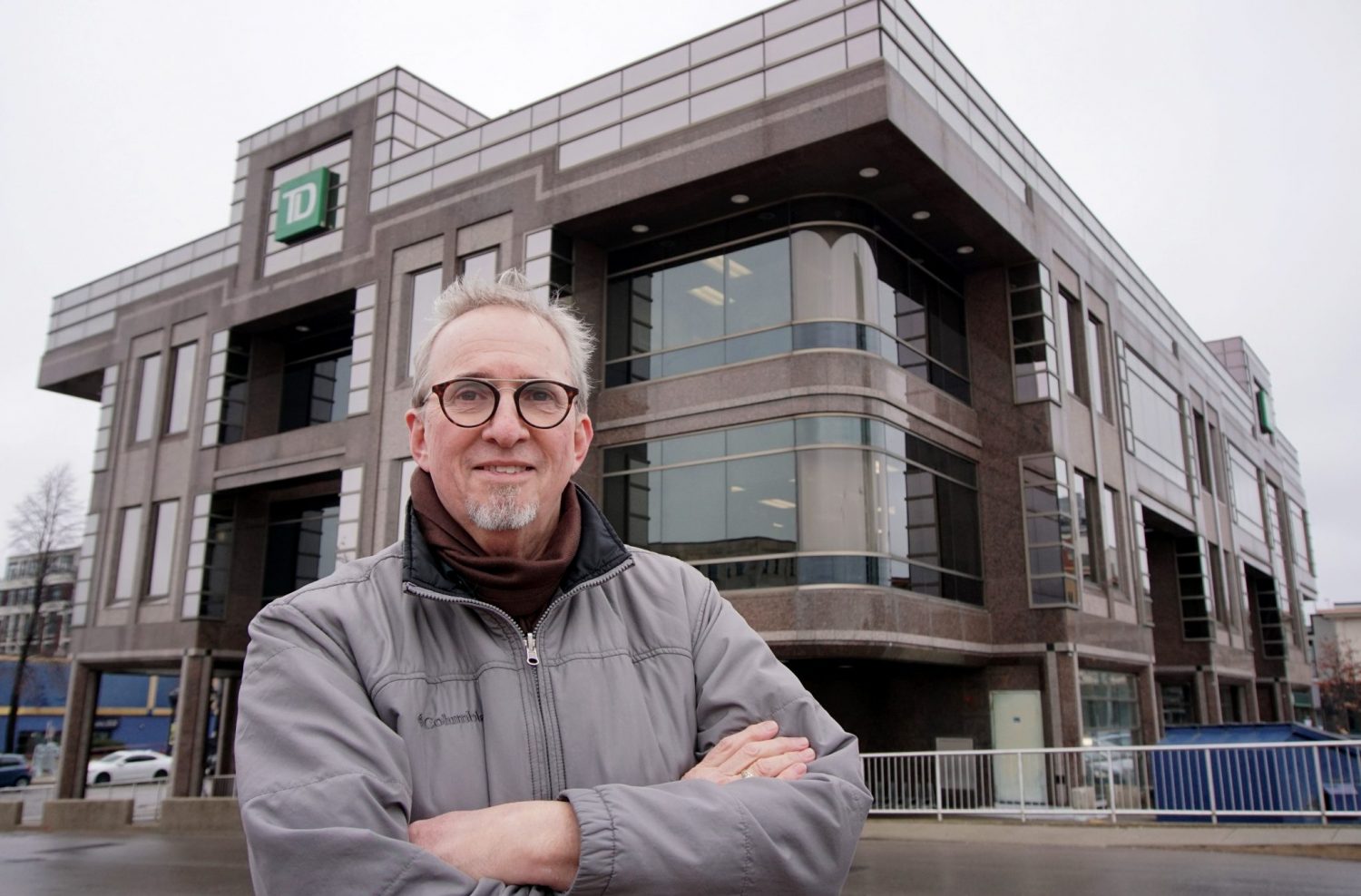 In 2005, The Waterloo Region Record moved office buildings. It moved from its home on Fairway Drive to where it sits now, on King and Scott near the Kitchener Market. Months after the move, the Fairway Drive location was demolished. That building only stood for 30 years.

Local filmmaker Dwight Storring worked for The Record as a photojournalist in the Fairway Drive location. He was impacted, both personally and professionally by what he experienced inside that building. The idea of how people interact with the buildings and spaces around them became of interest to Storring. When the building was demolished, he wondered how the building’s architect, John Lingwood would feel.

After moving through his career as a photojournalist, and then working as the director of special projects at CIGI, Storring is now filmmaking full- time. His first full-length film came out last year — a film for Idea Exchange in Cambridge that he created alongside a colleague. He also works on several commissioned short films.

“The idea of storytelling and how people interact with their community is very much in my blood, I would say,” Storring said.

This aligns with Lingwood’s work, as the Kitchener-Waterloo based architect designed close to 700 projects before passing away in 1996. Storring’s film focuses mainly on three of Lingwood’s projects in Kitchener: the old office of The Record, 20 or so houses on Manchester Road and Carmel New Church. He hopes the film will bring Lingwood’s projects into a contemporary context.

“I think through [researching for the film], I started to realize that buildings are much more than just this oedipus, this structure. They embody people’s dreams and ideals and they become part of everyone who touches the building. Originally, it starts with an architect,” Storring said.

While this film is about Lingwood, Storring said that the film is not just simply a chronology of his life. The idea is much bigger than that.

Storring has been working on Finding John Lingwood for roughly two and a half years. While this was primarily a solo project, he did have help from a few colleagues, including his son who is a composer. Lingwood’s family, especially his daughter Lisa, also helped Storring tell the story.

“One of the things I decided to focus on in my work is this idea that there’s this larger community narrative that’s going on, on a day-to-day basis,” Storring said about the film.

Storring hopes to continue to tell the individual and unique stories of the Region in future projects, but for now, he’s looking forward to the premiere.

“I think it’s going to be a bit surprising for some people because it’s not a story about architects and buildings and how they’re made, it’s a story about a guy, and his life, and his hopes and dreams, and his family. I’m really excited to hear the response to that aspect of it.”