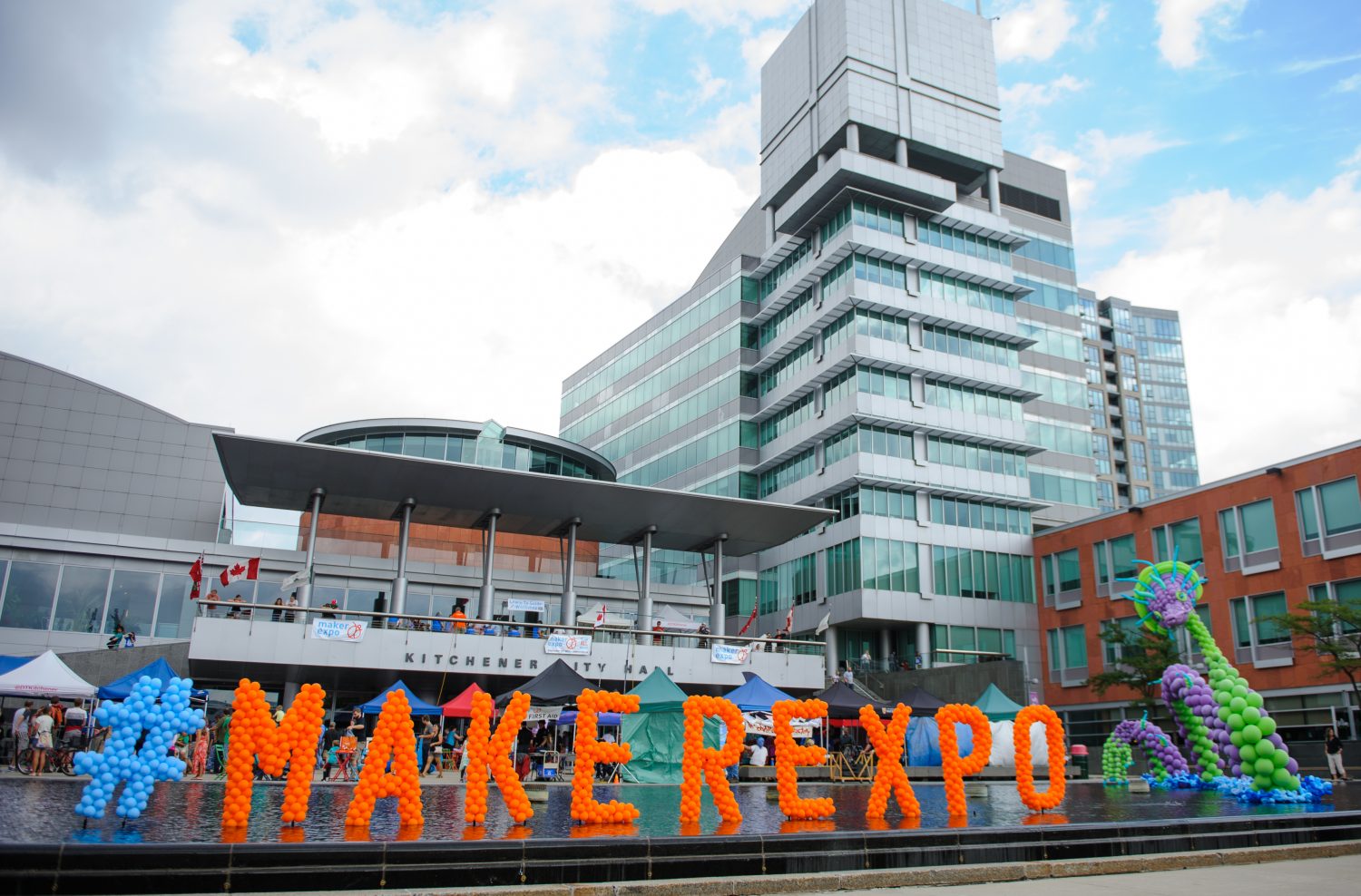 For many years, Waterloo Region’s technology sector has attracted  national and international attention, and on a blustery Saturday in September Kitchener’s city hall was full of robots – battling, drawing and printing – but also a water dragon (dubbed Kayloth) made of balloons, homemade laundry soap, giant notebooks, cardboard castles and zine workshops.

In other words, visitors to the annual Maker Expo were exposed to so much more than the traditional STEM (science, technology, engineering and math) activities that are often associated with the maker community.

If they were paying attention, attendees would also have noticed that the spirit, creativity, imagination and drive behind makers can be seen year round in many organizations, projects and programs that are carried out within the Kitchener Waterloo community.

“I honestly don’t usually think of myself as a maker, so it’s kind of an interesting label that I’m contemplating,” explained Heather Bigelow, one of the directors of the newly launched Avocado Co-op, who was exhibiting at the Expo. “I think of myself more as a crafter.”

For Bigelow, who helped launch Avocado Co-op on September 15, being a maker isn’t always about coding new apps or inventing new products. For her, being a maker means promoting accessible means to live a sustainable lifestyle.

“I think there’s a huge interest in learning how to be sustainable, but it’s challenging to know,” she explained. “Having a reliable source of tried and tested options that your community is around is helpful.”

During Maker Expo, Avocado Co-op was showing attendees how to make their own laundry soap and felt dryer balls. Their sustainable products, which can easily be made at home, were so popular that they eventually ran out of materials at their booth. Making household products is something that Avocado Co-op showed can be done year-round, and also shows that anyone can easily become a maker.

“I think it speaks to the creative side of Waterloo Region that you don’t always see,” she continued. 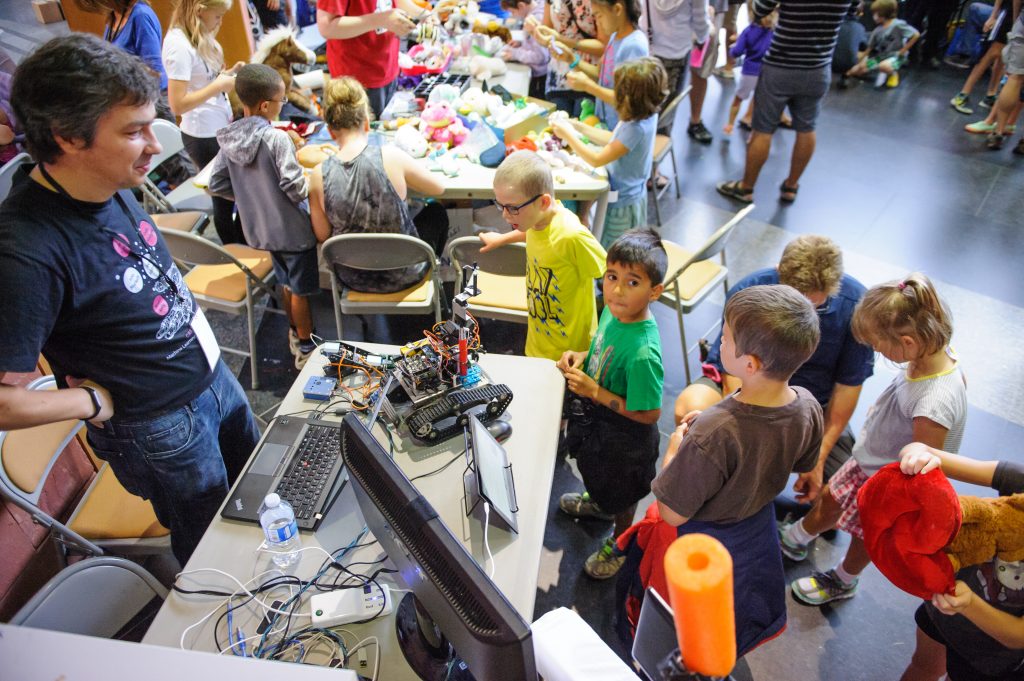 Sustainability isn’t necessarily the first thing that crosses your mind when you think about Makers, but it’s a good example of what can happen when arts and STEM come together.

The resulting acronym is STEAM, which is a focus for the Canadian Association for Girls in Science (CAGS), which was actively promoting STEAM-based activities to children and youth who stopped by their booth.

“Our goal is to promote and sustain interest in science, technology, engineering and math for girls who are seven to 16 years of age,” explained Zakia Ahmad, the Kitchener-Waterloo Chapter Co-ordinator for CAGS. However, she said that including hands-on activities, as well as the arts, garners more interest, and makes it more impactful for children and youth who participate in their programs throughout the year.

“I’m really happy about people changing STEM to STEAM, it’s more inclusive,” she continued. “Arts and science, engineering, math and technology are all intermingled. I think you need a level of creativity to do well in your STEAM area — whatever field of study that you’re in — and it enhances your art when you understand the STEM behind the medium that you’re working with.”

THEMUSEUM is also about to start year-round programming for youth interested in STEAM fields. In November, they will be opening a maker space with programming for school groups and the public.

“We decided to open a maker space in downtown Kitchener [because] we’re looking to fill a need, and that need is learning by doing,” explained Brent Wettlaufer, who will coordinate the space. “Whether your child is three, 12, or going into university, if we’re on the forefront, then we’re going to retain those brilliant young minds that are developing within the community, and then they’re going to be able to give back after they’ve become professionals in their fields.”